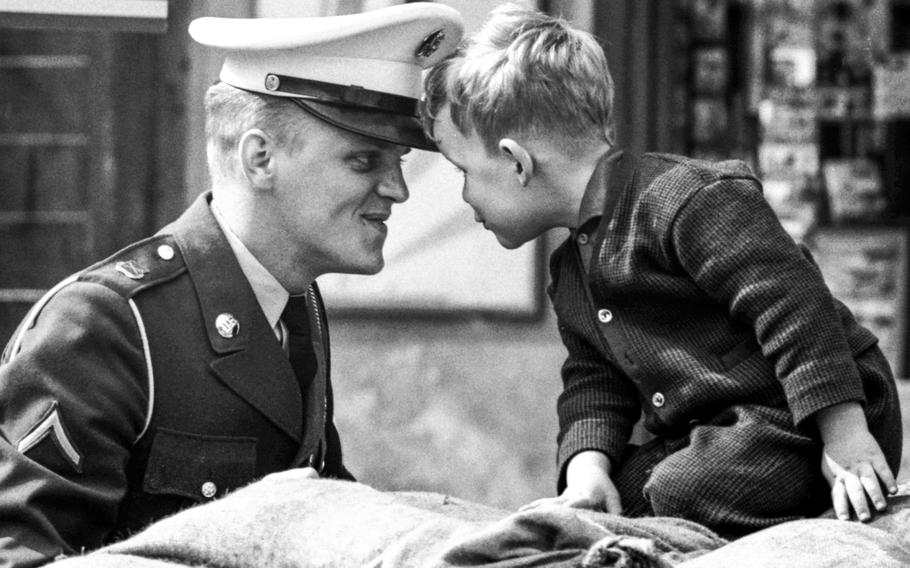 Berlin, April, 1963: Pfc. Patrick Drury normally spent a portion of his time at Checkpoint Charlie staring down the East German vopos, but here he was going eyeball-to-eyeball with the formidable Manfred Stein. Manfred, whose mother operated a bar on Friedrichstrasse near the crossing between East and West Berlin, was the unofficial mascot of both the allies and the vopos. To most people the border was a political flashpoint, but to a 3½-year-old boy, it was just a playground.