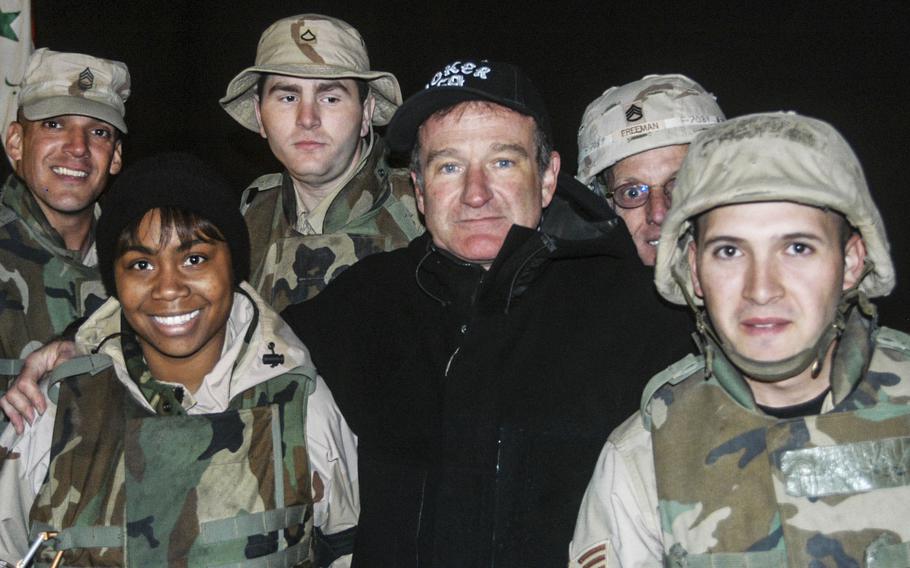 Logistics Support Activity Anaconda, Iraq, December, 2004: Comedian and actor Robin Williams poses with service members after his USO show. Many troops were able to pose for photos that were later placed on the base website for downloading.