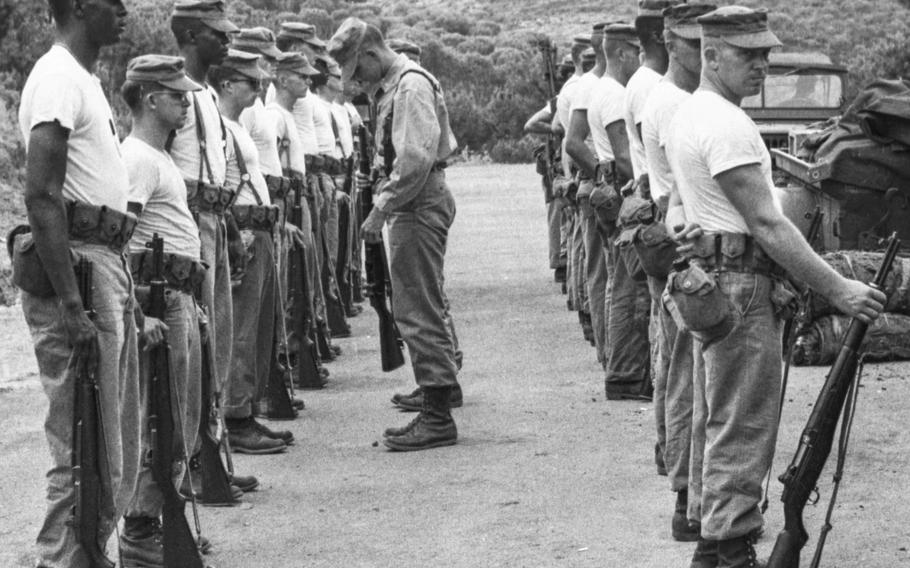 Beirut, Lebanon, July, 1958: It’s inspection time for Americans serving in Lebanon during Operation Blue Bat. Over 5,000 Marines took part in the operation, which was launched to back the Lebanese government in the face of threats from Syria and Egypt.