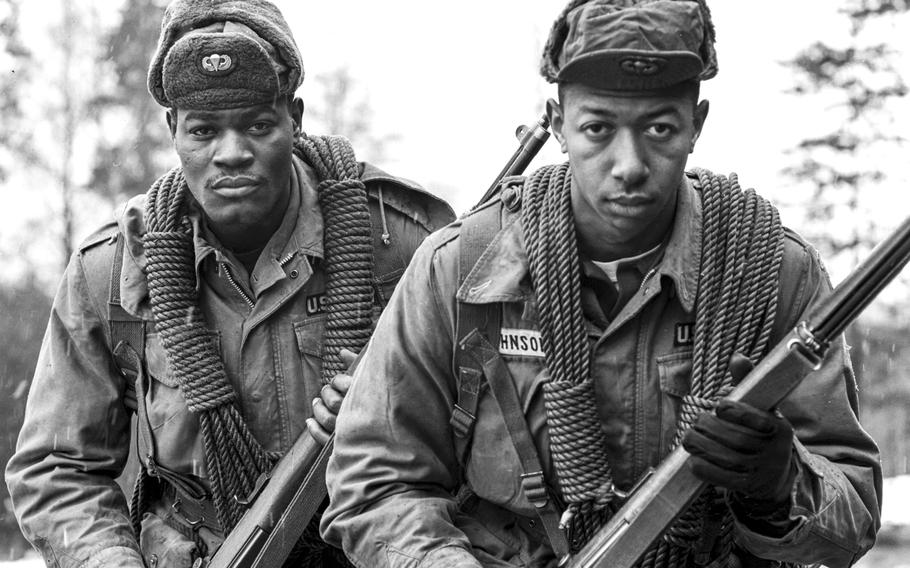 West Germany, February, 1961: Spc. Theodore Williams and Pfc. Joseph Johnson of the “NATO” team’s 8th Infantry Division move southward to dig in against the “aggressor” team during Winter Shield II in the Grafenwoehr-Hohenfels area. More than 60,000 American, German and French troops were taking part in the exercise.