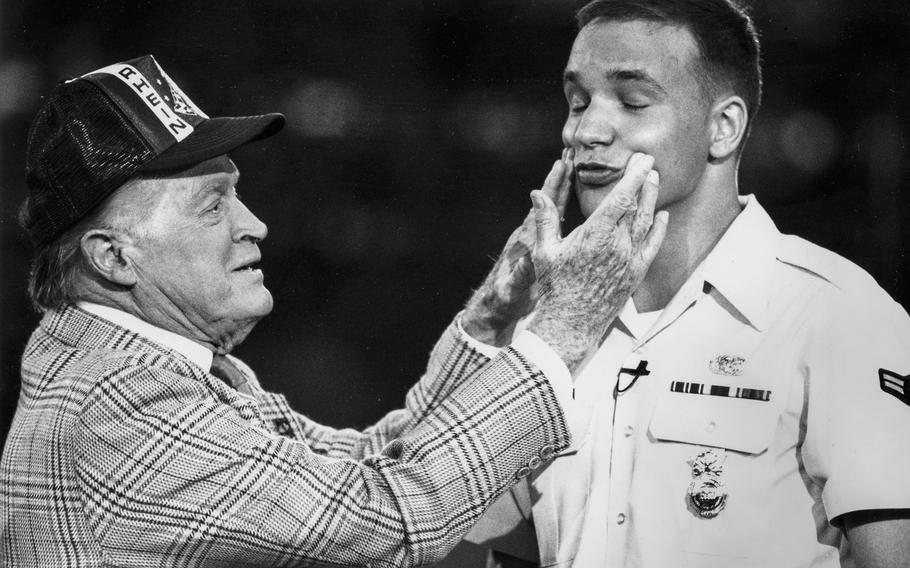 Frankfurt, West Germany, May, 1990: Airman 1st Class Steve Kohler gets some help from Bob Hope in loosening his pucker after kissing actress Brooke Shields during a USO show at Rhein-Main Air Base. Although it was billed as Hope’s final USO tour, he did bring his show to the Middle East later in the year during Operation Desert Shield.