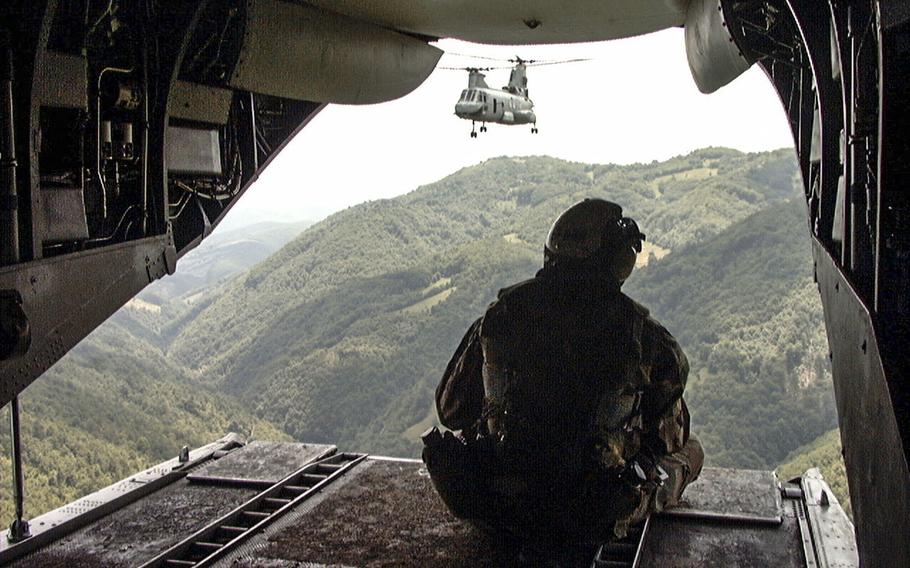 Over Kosovo, June, 1999: U.S. Marine Cpl. Jason Poracky takes in the view of the Yugoslav province of Kosovo from the back of a CH-46 helicopter during a flight from the Marine camp near Gnjilane to Camp Able Sentry in Skopje, Macedonia.