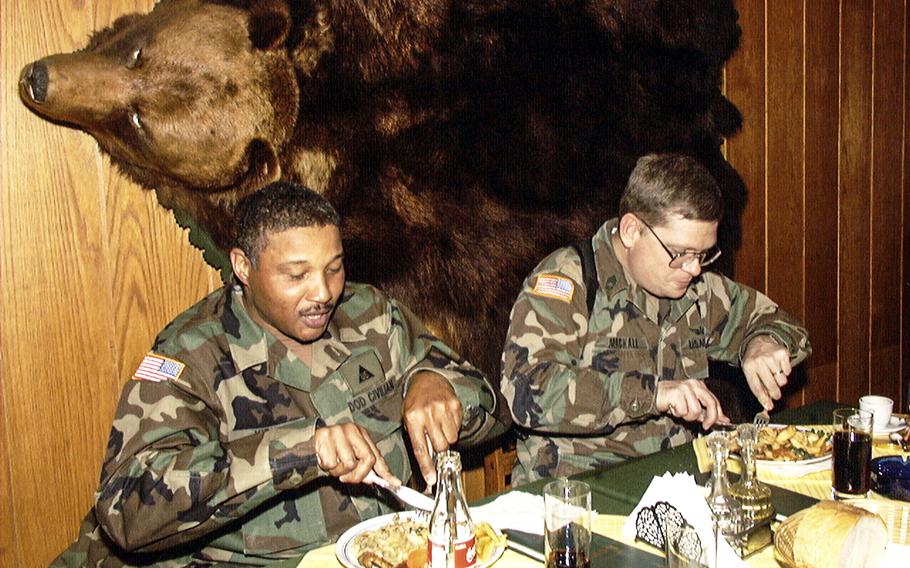 Tuzla, Bosnia and Herzegovina, February, 2001: DOD civilian Bill Kirk, left, and Sgt. 1st Class Frank Mackall of the 603rd Aviation Support Battalion dine at the “Hunter” restaurant in what might be seen by the carnivore in the background as an example of rubbing it in.