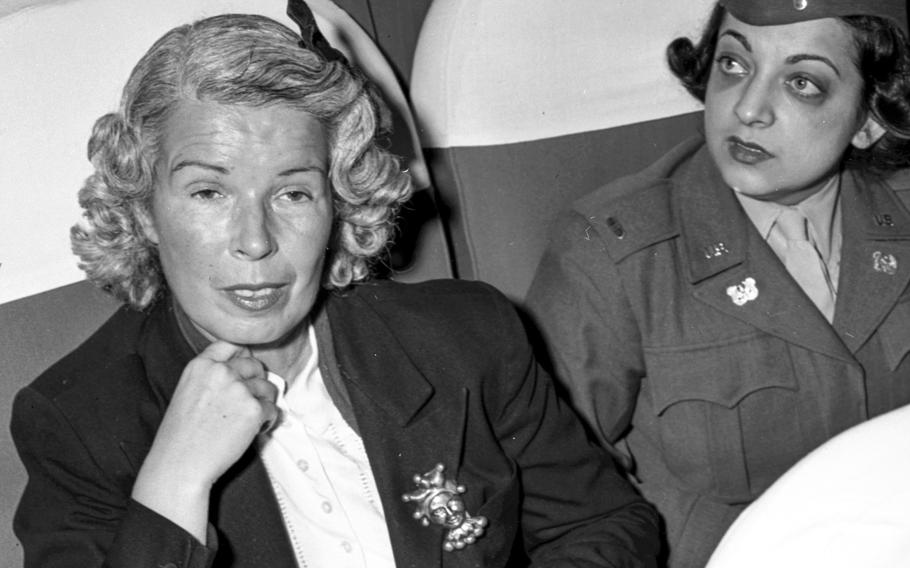 Frankfurt, Germany, August, 1948: Mildred Gillars, left, also known as “Axis Sally,” leaves for Washington to face the music. At right is her escort, WOJC Katherine Samaha. Gillars, who made propaganda broadcasts to allied troops on behalf of the Nazis during World War II, was convicted of treason in March, 1949, and spent 12 years in prison. A film based on her story, “American Traitor: The Trial of Axis Sally,” was released in May, 2021.