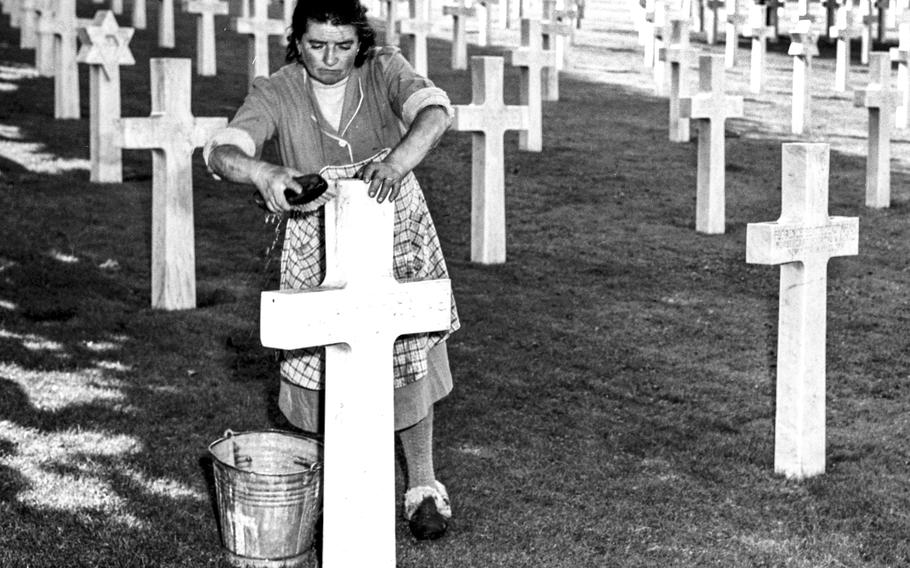 Suresnes, France, September, 1952: A woman cleans one of the grave markers in the military cemetery at Suresnes, near of Paris, where a ceremony was held to to dedicate a memorial to U.S. service members who died during the World War II liberation of Europe that began with the D-Day landings on June 6, 1944. Retired five-star general and former Secretary of State and Secretary of Defense George C. Marshall spoke at the dedication, and pledged that U.S. forces in Europe “will not go home until our friends here feel that our presence is no longer essential to their freedom.”