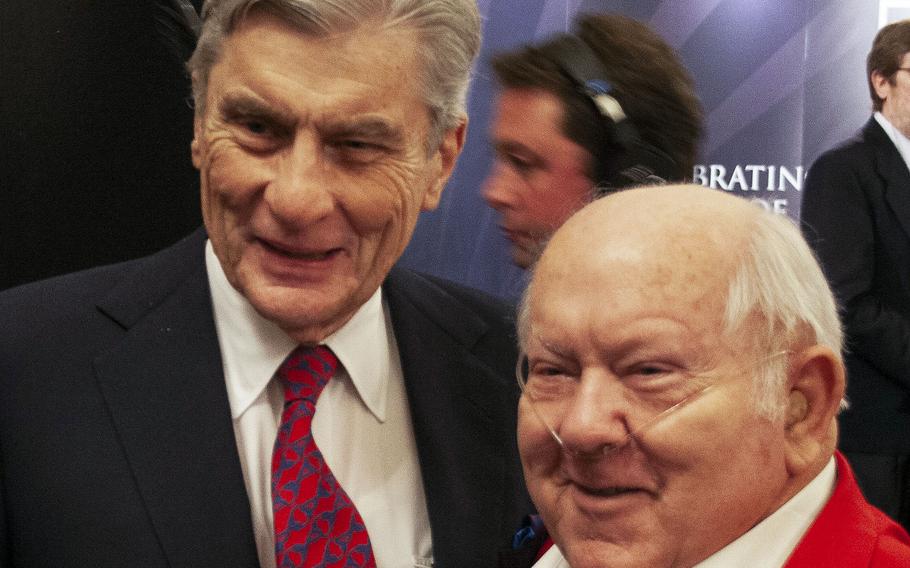 Washington, D.C., March, 2007: Former Sen. John Warner poses for a photo with World War II Medal of Honor recipient Jack Lucas during a reception on Capitol Hill. Warner, who also served as Secretary of the Navy during a career in which he was a key player in many military issues, died May 25, 2021 at age 94.