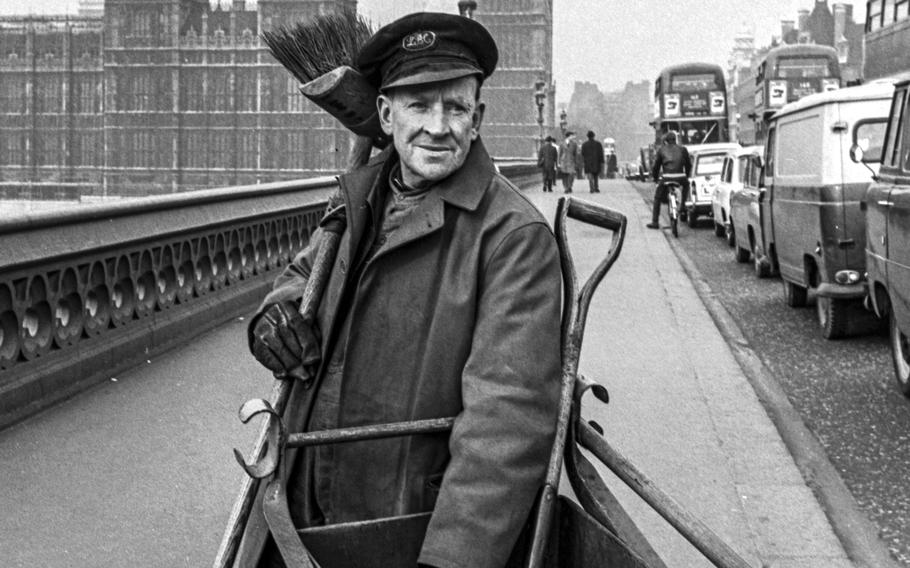 London, March, 1964: Snowey Tobin, the dean of London's street sweepers. poses at his workplace — Westminster Bridge, in the shadow of Parliament and the tower of Big Ben. Tobin, who had been on the job for 27 years, enjoyed traveling to other famous sites to offer a ceremonial sweep. Included were Times Square in New York ("Times Square isn't a square"), Red Square in Moscow (irate citizens thought he was making a statement about a lack of cleanliness), and the Champs Elysees in Paris ("traffic all over the blinkin' place").