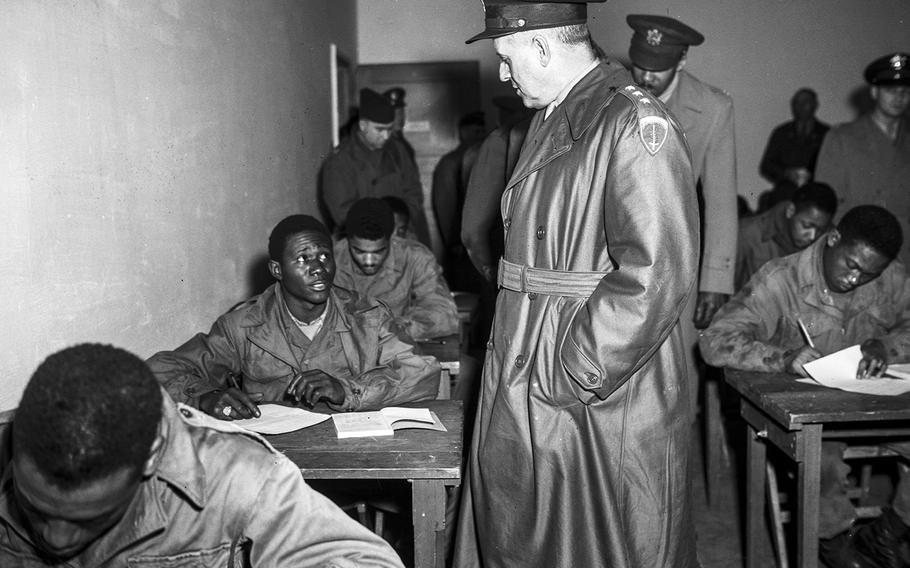 Kitzingen, Germany, January, 1948: Lt. Gen. Clarence R. Huebner talks to T/5 T.C. Thompson in one of the classrooms at the Kitzingen Basic Training Center for Negro troops. The deputy EUCOM commander’s six-hour tour of the former air base, on which he was joined by 20 generals and staff officers from Frankfurt and the 1st Military District, took place six months before President Harry Truman ordered the desegregation of the U.S. military. According to a Stars and Stripes story, the center’s goal was “to train every Negro soldier in the (European Command), as well as any arriving as replacements. Every three months 900 new men will pass through its classrooms and field exercises, though rifle outfits will stay only one month. Classroom instruction ranges from literacy training to courses on high school level. Each soldier will receive 10 hours instruction a week in English, arithmetic, geography and other school subjects.”