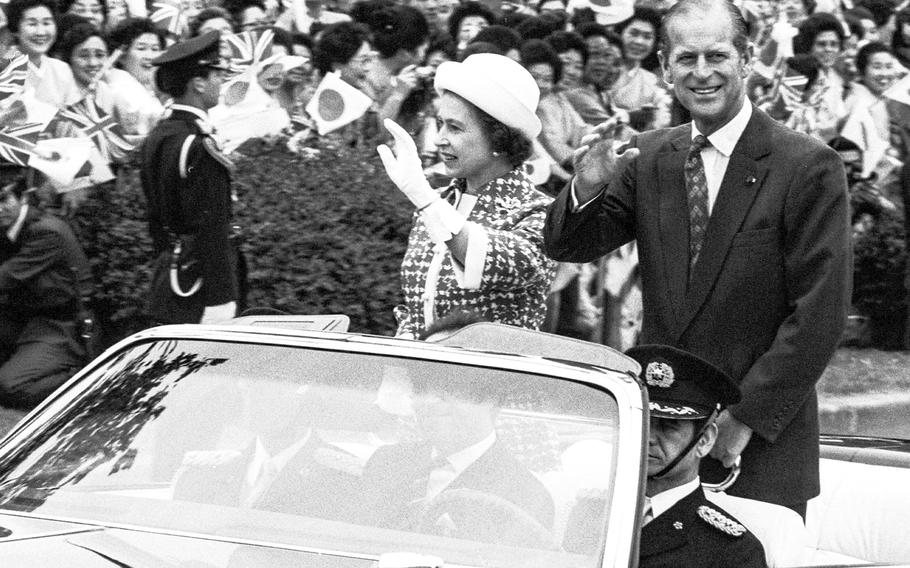 Hideyuki Mihashi ©Stars and StripesTokyo, May, 1975: Queen Elizabeth II and Prince Philip of England wave to the crowd as they ride from the Imperial Hotel to the National Theater. With her six-day visit, Elizabeth became the first reigning British monarch to go to Japan. Philip, the Duke of Edinburgh, died April 9, 2021 at age 99.