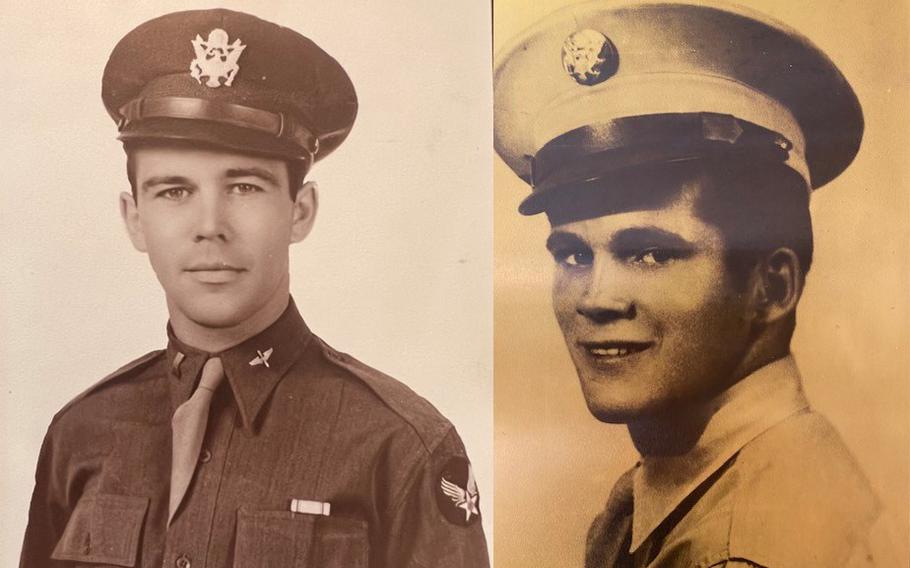 The family of Pfc. William L. “Sonny” Simon of Middleton, who died in 1944, told the Wisconsin State Journal family members learned on Monday his remains had been identified last month, and they’re processing the news of finally having some answers after nearly 80 years.

“My mother did get a letter from a chaplain that said he’d seen a bomb explode nearby and (Sonny) was killed instantly,” said Sonny’s brother James “Jumbo” Simon, now 93. “But we never heard anything else about it.”

Family members said the Defense POW/MIA Accounting Agency (DPAA) contacted them on Monday and said Sonny had been identified.

Simon’s family was told information about the two soldiers and a third will be included in an upcoming presentation the DPAA is preparing for the families, but the State Journal was not able to confirm the existence and identity of the third soldier.

The University of Wisconsin’s MIA Recovery and Identification Project has partnered with the DPAA in the past to help recover missing American military personnel, but it’s not known if the UW group was involved in the return of these soldiers. Messages left for the Project on Friday had not been returned.

A statement on the group’s website explains the significance of the work to repatriate members of the military, even decades after their deaths:

“When our nation sends young men and women in uniform to war, we make an implicit promise that we will do everything in our power to bring them home — should they make the ultimate sacrifice. Bringing closure to families is not an easy task, and it’s one that we do not take lightly.”

Jumbo Simon has his brother’s letters home, including the last one, dated Oct. 24, 1944, sent from “somewhere in Germany.”

It concludes, in part, “Nothing to write, so with love, take good care of yourself & everybody.”

Twelve days later, on Nov. 5, 1944, 20-year-old Sonny went missing in action in Nazi Germany. He had served 16 months in the military.

Six months later, the family learned Sonny had been killed.

Only 15 at the time, Jumbo wasn’t sure how to process the news.

“You just don’t think about it,” Jumbo said, remembering how he grieved his brother. “He was off, and that’s it ... (My family) talked about it, but at 15 years old, a kid isn’t listening.”

Over the years, the family had a lot of false starts and false hopes as they tried to discover more about what had happened.

So this week, when Jumbo’s daughter told him that the DPAA had finally identified Sonny’s remains on Nov. 29, he wasn’t sure what to think or feel.

Family members are trying to temper their hopes until they learn more from the DPAA, which hasn’t given the family much information other than that somehow Sonny’s remains were identified and are currently in Nebraska.

The only thing the family knows for sure is that Sonny’s hat was found, along with another unidentified item.

“Until whatever physical property shows up, I’m still (unsure how to take it all in),” said Jumbo’s son Bill Simon, who was named after Sonny. “I think it’s different for me than it is for my dad ... because he knew (Sonny). They lost somebody they had. I basically just had stories.”

Sonny Simon fought with the 109th Infantry Regiment, 28th Infantry Division, according to a Dec. 13 Facebook message from VFW Post 8216 in Middleton, which bears his name.

When Sonny went missing, he had been serving in the German Hurtgen Forest, having spent his previous year assigned to various cities across Europe and writing to his family every few days. He wrote 203 letters home.

Before the Simon family learned that Sonny’s remains had been identified, the family had tried piecing together what had happened to him.

Residing in Middleton for at least three generations, the Simon family first got a taste of hope through a fellow soldier who fought alongside Sonny.

“There was a guy (from Fort Atkinson),” Bill Simon said. “They were both stationed together and must’ve made an agreement that if one didn’t make it back, they’d go visit the other parents.”

As a youth visiting his grandparents, Sonny’s parents, Bill didn’t ask too many questions about his uncle. Later, when he moved to Fort Atkinson, he sought out more information but didn’t learn much.

Sometime later, Jumbo’s niece was visiting Germany and mentioned finding Sonny’s grave at a WWII memorial. But Sonny’s “grave” was simply a joint memorial sculpture for American soldiers who were never found.

Now, Sonny’s family members are waiting to welcome him home after 78 years, ready to replace his memorial stone they had placed for him at the St. Bernard Catholic Cemetery.

On Aug. 1, 1943, the U.S. Air Force deployed dozens of B-24 Liberator bombers and hundreds of crewmembers into Romania. The United States targeted the Ploiesti oil fields and refineries of Romania, a petroleum powerhouse, as part of the strategic Operation Tidal Wave mission to destroy crude oil used by Nazi Germany and its allies.

The Air Force lost 53 aircraft and 310 crew members in that mission. Among the missing was 1st Lt. Roy C. Harms, 26, of Grafton, whose twin-tailed bomber was hit by enemy fire.

“Roy and eight of his crew of nine were killed,” Grafton American Legion Commander Ken Kasprzak said on Friday. “He delivered his bombs at very low altitude and was shot down near one of the refineries.”

Via telegram, Harms’ family learned he was missing, not that he had died, the Milwaukee Journal Sentinel reported. Harms was posthumously awarded the Distinguished Flying Cross and a Purple Heart, Kasprzak said.

For decades, Harms’ remains were buried in military cemeteries in Europe. (Remains of unknown soldiers sometimes were moved around in the years after the war, according to the DPAA.)

On Aug. 2, 79 years and a day after Harms’ plane crashed, he was identified via a DNA match from his then-only living sister, Laura Ellen Harms, Kasprzak said. Laura had provided a DNA sample before she died in February 2020 at age 99.

Harms’ name is engraved in the Tablets of the Missing at the Florence American Cemetery in Italy. A rosette will be placed next to his name to indicate his remains have been found, the DPAA said.

Harms was the only son of five children and joined the Air Force in 1938 after learning his 6-foot, 1-inch-tall frame was too large for the cavalry, the Journal Sentinel story states. Instead of returning home to run his father’s store, Harms General Merchandise, Harms became the first Grafton resident to die in World War II.

Grafton American Legion members renamed the post in 1946 in Harms’ memory, as well as after Fred Rose, a U.S. Army Corporal in the 343rd Infantry Regiment who died after contracting pneumonia while stationed in England during World War I, Kasprzak said.

Rose-Harms Legion members installed a stained-glass window featuring an image of Harms’ B-24 in 2013, the Journal Sentinel reported. The nose of the plane is angled in the direction of his childhood home.

The U.S. Army will fly Harms’ remains to Grafton and conduct a military burial at Woodlawn Cemetery.

There, his remains will be reunited with those of his family at the grave marker that’s been awaiting him for decades, Kasprzak said. “To have his remains to come back here is really a special honor for the community.”