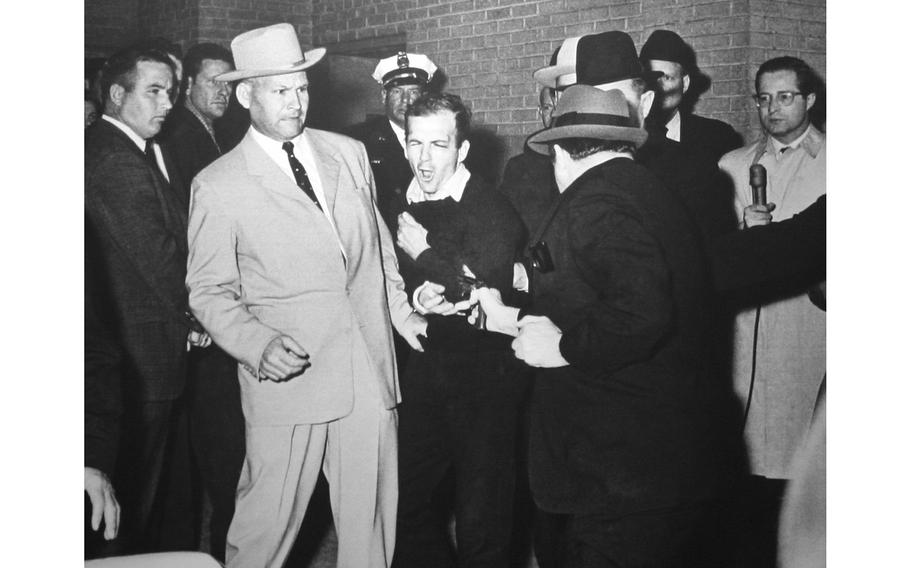 The Biden administration on Thursday released another batch of secret government files related to the assassination of President John F. Kennedy, 59 years after his murder and more than five years after the documents were originally required by law to be publicly disclosed.

The newly released tranche of files - 13,173 documents - was posted by the National Archives and Records Administration after President Joe Biden issued a memorandum.

"[The] profound national tragedy of President Kennedy's assassination continues to resonate in American history and in the memories of so many Americans who were alive on that terrible day; meanwhile, the need to protect records concerning the assassination has weakened with the passage of time," Biden wrote in the memorandum. "It is therefore critical to ensure that the United States Government maximizes transparency by disclosing all information in records concerning the assassination, except when the strongest possible reasons counsel otherwise."

Kennedy's assassination - and the subsequent withholding of government documents related to his death - spawned conspiracy theories over nearly six decades, particularly surrounding gunman Lee Harvey Oswald. The Warren Commission concluded that Oswald acted alone when he killed the president on Nov. 22, 1963, and that there was no conspiracy.

A large number of the documents released Thursday belonged to the CIA. Several focused on Oswald's movements, his contacts and even whether it was really his signature on a visa application for Cuba. Other documents focus on requests from the Warren Commission.

One document, dated June 22, 1962, notes that Oswald was mentioned in a recent Washington Post article as having defected to the Soviet Union - indicating that Oswald was on the CIA's radar more than a year before Kennedy was assassinated.

"A former Marine Sgt. of Fort Worth, Texas, who defected to the U.S.S.R. three years ago, left Moscow recently together with his infant child and Russian-born wife bound for the United States," the document said.

A December 1963 document described how CIA officials in Mexico City "intercepted a telephone call" Oswald made in October from that city to the Soviet Embassy there "using his own name" and speaking "broken Russian."

Oswald, according to the document, had visited the embassy earlier and claimed someone there promised "to send a tele-gram for him to Washington." In the call, Oswald asked if there was "anything new."

The 23-page document goes on to say, "Our Mexico City Station very often produces information like this on US citizens contacting Soviet bloc embassies in Mexico City. Frequently the information we get is extremely incriminating."

Another document, from September 1964 and marked secret, described American officials discussing Oswald and his killing. The official, Felix Dmitreyevich Karasev, said he believed it was impossible for the gunman, Jack Ruby, to have killed Oswald "without the assistance of some U.S. officials," according to the document.

The official, in Helsinki, went on to write, "We tried to debunk this impression, but Karasev held to his views."

With Thursday's release, 95 percent of the documents in the CIA's JFK assassination records collection will have been released in their entirety, a CIA spokesperson said in a statement, and no documents will remain redacted or withheld in full after "an intensive one-year review" of all previously unreleased information.

"We have made tremendous progress in our review of CIA's collection of records. We're talking about over 87,000 documents originally included in the JFK Act collection," the spokesperson said, speaking on the condition of anonymity ahead of the release of the documents.

The CIA spokesperson justified the continued redaction of some documents, saying they contain information that details CIA intelligence sources and methods - some from as late as the late 1990s, given to help provide context about the CIA's methods and terminology.

"CIA believes all of its information known to be directly related to the assassination of President John F. Kennedy in 1963 has already been released," the spokesperson said.

In an initial review, the documents that were released did not appear to contain explosive new evidence of the decades-old assassination and sweeping fallout that followed.

Rather, many of the documents appeared to summarize stories referencing the murder that stunned the world, or showed how officials responded to news inquiries ("advising that his scoop may, in fact, be old news.") At least one document recalled how a low-level government clerk erroneously believed that documents about Oswald had been tampered with.

Under the 1992 President John F. Kennedy Assassination Records Collection Act, all assassination records should have been publicly disclosed within 25 years - or by October 2017 - but postponements were allowed in instances that national security concerns outweighed the public interest in disclosure.

President Donald Trump in 2017 announced that he planned to publicly disclose the remaining JFK files, only to delay the release of some of the files for national security reasons, setting a new deadline of Oct. 26, 2021. In 2018, Trump did end up authorizing the disclosure of 19,045 documents, about three-quarters of which still contained some redactions.

All of the remaining JFK files were originally supposed to have been released last October. Biden postponed that planned release, citing delays caused by the coronavirus pandemic, and announced that they would be instead disclosed in two batches - one on Dec. 15, 2021, and another by Dec. 15, 2022, after undergoing an "intensive 1-year review."

"Temporary continued postponement is necessary to protect against identifiable harm to the military defense, intelligence operations, law enforcement, or the conduct of foreign relations that is of such gravity that it outweighs the public interest in immediate disclosure," Biden said last October.

The decision upset JFK researchers, who accused the Biden administration of using the pandemic as an excuse for the government to stonewall the public yet again, noting it had been almost 60 years since Kennedy was assassinated.

"It's bizarre. It's been almost 60 years since my uncle's death," Robert Kennedy Jr. told NBC News in October. "What are they hiding?"

The CIA spokesperson pushed back Thursday against assertions that the agency is withholding information related to Oswald.

Jefferson Morley, a former Washington Post staff writer and the vice president of the Mary Ferrell Foundation - which sued the Biden administration in October over the delay of the release - said his group was particularly interested in looking at a batch of "30 to 40 significant documents with redactions" that had been released previously, and comparing them to what would be released Thursday afternoon.

Morley said he was not encouraged by Thursday's release and felt the CIA was not acting in "good faith" to release all available information. Morley cited a 15-page document from 1961 - two years before the assassination - from Arthur Schlesinger Jr. to Kennedy titled "Memo to President CIA Reorganization." As of Thursday, it remained partially redacted. "What the CIA has hidden," Morley said, is whether the CIA had "operational interest in Oswald" at the time of the assassination.

In a memorandum Thursday, Biden said that until May 1, 2023, the National Archives and relevant agencies "shall jointly review the remaining redactions in the records." After that review process, "any information withheld from public disclosure that agencies do not propose for continued postponement" will be released by June 30, 2023.