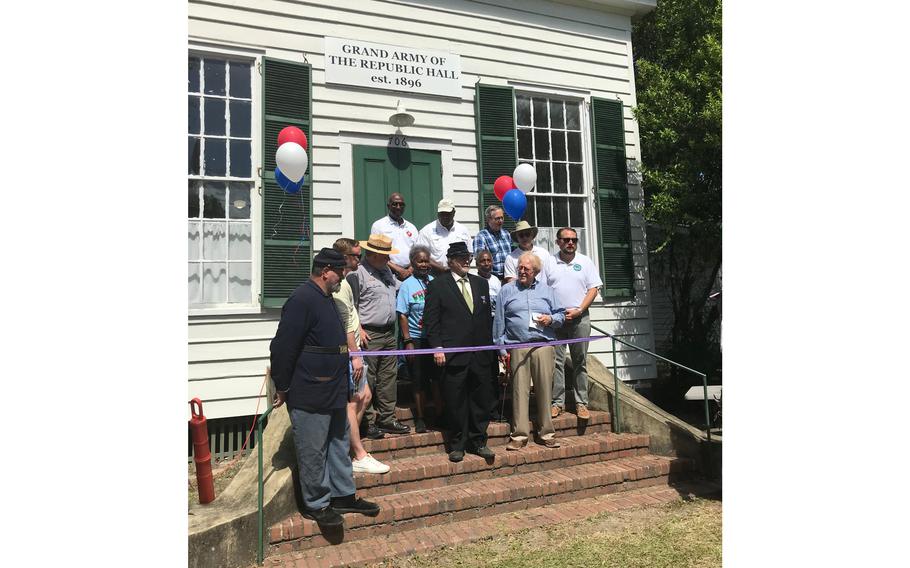 The 126-year-old Grand Army of the Republic Hall in Beaufort, S.C. — where Black Civil War veterans once gathered — is among four additions to the Reconstruction Era National Historic Network, the National Park Service has announced. (Facebook)

(Tribune News Service) — The 126-year-old Grand Army of the Republic Hall in Beaufort, S.C. — where Black Civil War veterans once gathered — is among four additions to the Reconstruction Era National Historic Network, the National Park Service has announced.

The network, managed by the Beaufort-based Reconstruction Era National Historical Park, connects sites across the country that provide education, interpretation and research related to the Reconstruction Era from 1861 to 1900, which NPS described as "one of the most fascinating and misunderstood periods in American History" with stories of freedom, education and self-determination.

Being in the network brings national recognition about the role property played in the Reconstruction Era.

And the new sites, from Beaufort to rural Virginia, remind Americans that nearly every community has a Reconstruction story to tell, says Scott Teodorski, superintendentof Reconstruction Era National Park.

With the new additions, the network, created in 2019, now has 86 sites with eight in Beaufort County and six in Beaufort. The sites include other NPS sites, state parks, private homes, historic churches and historic districts.

"We recognize them as part of the NPS network," Teordorski told the Beaufort Gazette and Island Packet, "but play no role in their direct management."

Beaufort's GAR post, which started in 1888, was founded by Black veterans, many of them former slaves on Sea Island plantations who had been soldiers with the First South Carolina Volunteer Regiment that Maj. Gen. David Hunter organized at the Smith Plantation in the town of Port Royal in 1862.

The GAR Hall on Newcastle Street was constructed in 1896. It is a contributing structure to the city's 304-acre Historic District, which is listed on the National Register of Historic Places. Today, it serves as the headquarters for the Sons of Union Veterans and the Daughters of Union Veterans of the Civil War, Fred Washington Sr. Woman's Relief Corps and the "Afro-American Military Mini-Museum."

GAR, founded nationally in 1866, was once the nation's preeminent veterans' organization, formed at the close of the Civil War. Membership peaked in 1890, with more than 400,000 members.

Recent work at the GAR Hall addressed sinking of the building and bowing of the walls. The $125,000 job was completed by the Sons of the Union Veterans of the Civil War and Second Founding of America: Reconstruction Beaufort, a not-for-profit dedicated to uncovering Reconstruction Era stories. Beaufort County Council contributed $115,000 in accommodations tax proceeds toward the project.

Three other sites were added to the network, too:

— The Gilmore Cabin at James Madison's Montpelier in Orange County, Va. It was built in the 1870s by George Gilmore, who had been enslaved at Montpelier prior to the Civil War, but as a citizen later owned part of the property.

— The Hamburg-Carrsville African American Heritage District in North Augusta, S.C. It interprets the history and legacy of a Freedman community established after the Civil War. It also was the site of the "Hamburg Massacre," an attack by former Confederates and Red Shirts against Black citizens during the 1876 election period.

— The Center for African American History, Arts, and Culture in Aiken, S.C. It is located in the building that was home to the Immanuel School, a school built in the 1880s for Black children.