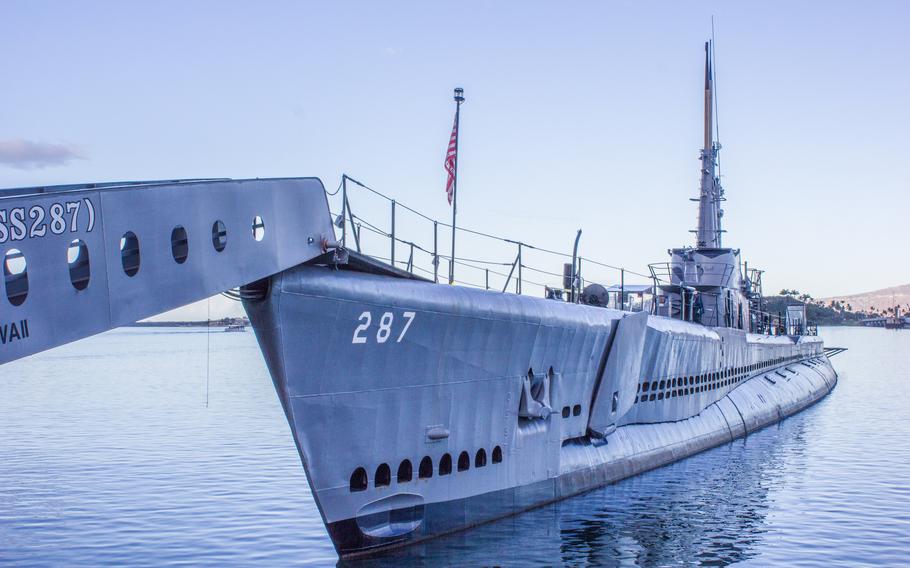 (Tribune News Service) — The World War II fleet submarine USS Bowfin will reopen to the public at Pearl Harbor on Saturday after returning from dry-dock maintenance.

The 80-year-old submarine serves as an exhibit at the Pacific Fleet Submarine Museum. In September it was temporarily closed and towed from Pearl Harbor to Pacific Shipyards International at Honolulu Harbor for scheduled dry-dock maintenance.

Shipyard workers cleared the sub's hull of sea growth and removed old paint. After a series of inspections, the submarine's superstructure was repaired and reinstalled, and the hull got a fresh paint job.

"We are very excited for the return of the USS Bowfin to our campus and look forward to reopening her to the public," said Pacific Fleet Submarine Memorial Association Executive Director Chuck Merkel. "We want to thank our museum visitors for their patience and understanding while the Bowfin was away. The inspections and repairs that were completed are essential to ensure the submarine remains safe and suitable for public display and will allow the Bowfin to tell her story far into the future."

Its previous dry-dock maintenance was completed in 2004.

Christened on Dec. 7, 1942, one year after the Japanese navy's surprise attack on Oahu, Bowfin earned the nickname the "Pearl Harbor Avenger." Upon commissioning on May 1, 1943, it conducted nine war patrols in the Pacific theater during World War II where it targeted Japanese shipping lanes. The war took the Bowfin and its crew to the waters of the Philippines, Vietnam and the home islands of Japan itself.

It was decommissioned in 1947 but reactivated to serve during the Korean War. Afterward, the Bowfin served as a Navy Reserve training sub until it was finally decommissioned for good in 1971 and donated to the Pacific Fleet Submarine Memorial Association in 1979. The vessel opened to the public in April 1981 and was declared a National Historic Landmark in 1986.

The Bowfin is one of the best-preserved remaining Balao-class World War II submarines. It was used in 1987 as a floating set to portray three different submarines in the television miniseries "War and Remembrance."