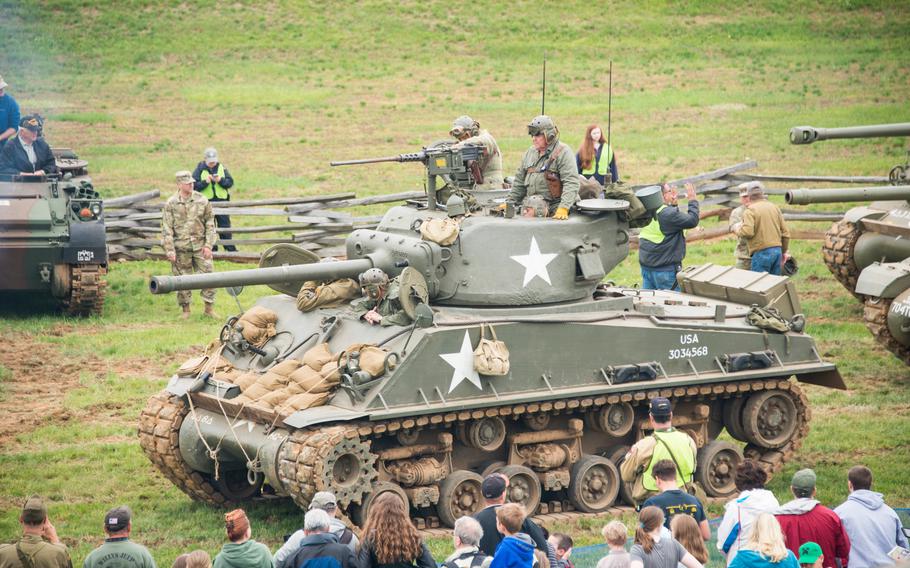 (Tribune News Service) — Since boyhood, Alexander Kose has been fascinated by war machines in motion.

The retired Army colonel and veteran tank crewman will be among the reenactors bringing to life this weekend the heritage of the armored and artillery branches of the U.S. military.

The U.S. Army Heritage and Education Center in Middlesex Township, Pa., will host Army Heritage Days Saturday and Sunday. Free and open to the public, the event runs from 9 a.m. to 4 p.m.

The event will continue inside the Visitor and Education Center where visitors can participate in a veterans meet and greet and explore the museum exhibits. The public can also visit the museum store or partake in the Army Heritage Center Foundation's book sale.

Parking is free and the heritage center is handicapped accessible. For more information, visit the website at https://ahec.armywarcollege.edu or call: 717-245-3972.

Kose is a reenactor with the 68th Tank Battalion of the 6th Armored Division as well as a volunteer member of AHEC's U.S. Tank Corps. The mission of both groups is to preserve, maintain and crew vintage armored fighting vehicles and to conduct driving and firing demonstrations along with interpretive living history educational programs.

"I'm privileged to have this opportunity and eternally grateful to the owners and museums that make it all possible," Kose said.

Q: What role did tanks play on the historic battlefield?

A: Tanks have been an integral part of mechanized, combined arms maneuver warfare since they debuted in combat at the Battle of the Somme in September 1916.

Q: What was it like for tank crews of the past?

Q: The tank that you will be in this weekend, did it see combat? What do you know of its history?

A: It is a fully restored/operational 1944 M4A3E8 Sherman tank owned by John Tippins of Sewickly. The crew includes retired U.S. Army tankers and a former U.S. Navy helicopter pilot.

We believe the turret was in action, somewhere, because of damage evident on and in it, but we've not be able to discern its history. Easy 8s were used during WWII, in the Korean War and the Arab-Israeli conflicts.

The turret and hull were separate components from two different tanks that were put together after a war.

Q: What are some of the challenges involved in repair and maintenance?

A: Nothing we can't overcome; our efforts are a labor of love.

Q: What do you hope the public takes away from seeing the old tanks in operation or up close?

A: While each of the vehicles we crew is a truly magnificent historical artifact, the real story is the young soldiers who took them into combat, their crews.