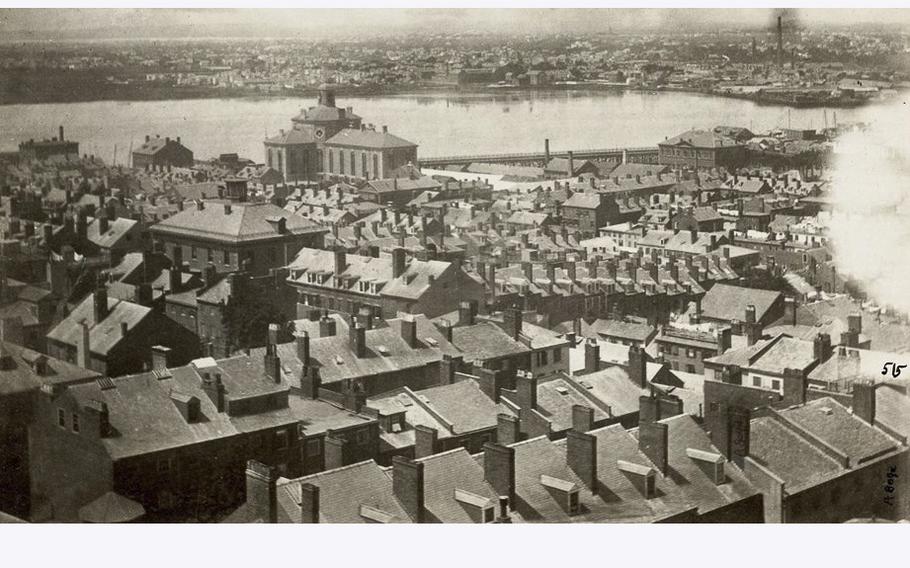 (Tribune News Service) — Over a century and a half since a Boston abolitionist family used their South End home to shelter African Americans who escaped enslavement, modern-day archaeologists have begun to excavate the maintained home for evidence that supports the home was a part of the Underground Railroad.

During the early and mid-19th century Worcester, Boston, Northampton Brookline and Springfield were all central locations in the Underground Railroad network.

Boston’s archeology team has begun a new historical excavation project at 558 Massachusetts Ave. in the city’s South End neighborhood. In the present day, the home hosts the headquarters of the League of Women for Community Service — one of the country’s oldest Black women-led civic and social activist groups.

Decades before the League of Women for Community Service bought the Massachusetts Avenue property in 1920, the townhouse was built in 1858 for William and Martha Carnes and their three children.

The Carnes family were dedicated abolitionists and oral history indicated that their home was a stop on the Underground Railroad, according to city officials.

Although the Carnes were said to be adamant abolitionists, 10 years after the house was built, the family decided to sell their South End home to Nathaniel and Eliza Farwell. Nathaniel was the mayor of Lewiston, Maine, and a cotton mill owner. The Farwell’s daughter, Evelyn, married into the Ayer textile family. The Farwell family were complicit in the cotton industry and benefited greatly from enslaved and later indentured labor in southern cotton plantations.

The League of Women for Community Service would go on to purchase the building in 1920. Founded in 1918, the organization was created in response to the lack of support for Black veterans returning from World War I. The League also supported Boston’s Black artistic and intellectual community through concerts, lectures, and exhibits in the house, city officials stated.

Boston’s Black and immigrant communities moved into the South End neighborhood in the early 20th century, becoming the most densely populated neighborhood by the end of the 1940s, according to city officials. The League helped their South End neighbors in need through a soup kitchen, lunch program for children and clothing swaps.

In the 1950s and 60s, the building provided housing for Black students who could not live in local college dorms due to segregation. Coretta Scott King rented a room in the building while she was studying at the New England Conservatory. She would go on to meet her future husband, Martin Luther King Jr., while staying in the South End neighborhood.

The home still retains much of its wood interior element and original furniture to this day. Boston’s Archaeology Program has teamed up with the League to explore the yard space behind the building.

The building’s wealthy original owners were able to have four indoor flushing toilets and two showers in their homes decades before Boston received running water and sewers.

“I’m really curious to see what may be in the yard at this home, given that they likely didn’t have a privy,” said City Archaeologist Joe Bagley. “It’s possible that the hired help in the house had an outdoor toilet, but there should be a large cistern and cesspool somewhere on the property.”

The excavation aims to find out more about the lives and activities of the two families who lived at the home and the early League History. The archaeologists will also be looking for any evidence in support of the Carnes family’s Underground Railroad oral history.

The City Archaeology team will begin their survey of the area on October 3rd and expect to be excavating through the end of the month.