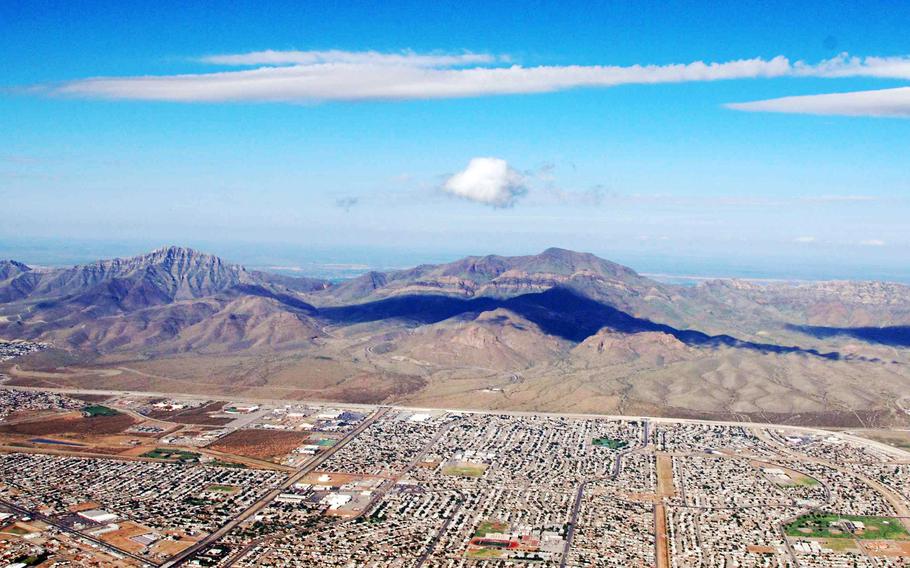 An aerial view of Castner Range as it connects to the city of El Paso, Texas. The range is a noncontiguous piece of Fort Bliss that was last used by the Army as a firing range in 1966. (Scott Cutler for The Frontera Land Alliance)

A nearly 7,000-acre “time capsule” exists at Fort Bliss known as Castner Range, containing 41 prehistoric and historic archaeological sites that include cave etchings of Native Americans and stone shelters built by ranchers just before the Army began purchasing the land in 1926.

Now El Paso community leaders believe they are close to having the site declared a national monument.

For 40 years the area was used as a firing range for small arms and artillery, and now this eastern portion of the Franklin Mountain Range is littered with thousands of rounds of unexploded ordnance.

Since the range was declared excess in 1971, most of the land has sat dormant, untouched and inaccessible due to the unexploded munitions.

The El Paso community has pushed to preserve Castner Range, successfully keeping out a technology park and a stadium over the years. 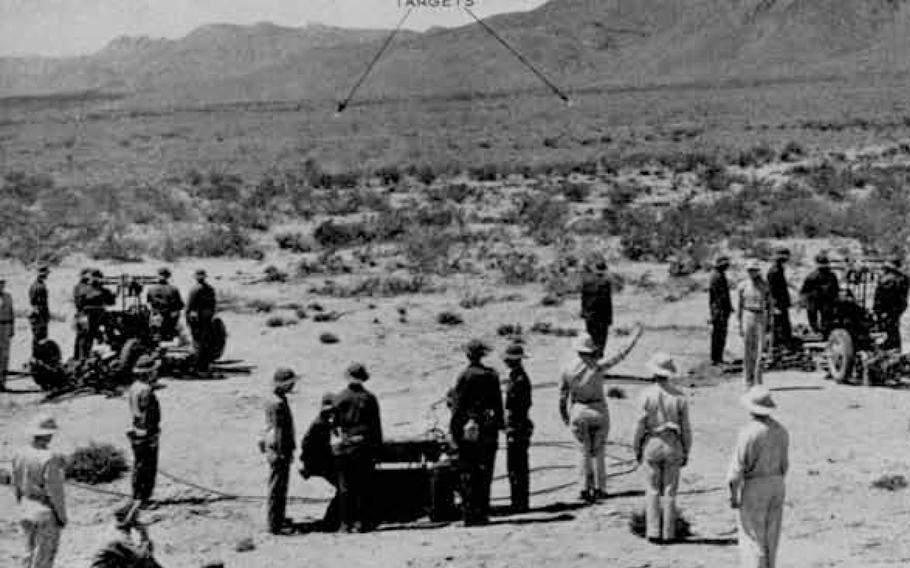 In 2015, the community began pressing for the area to be named a national monument, a type of federal park designation used to conserve, protect, restore, and manage federal public lands for the benefit and enjoyment of present and future generations.

The range holds not just historical artifacts, but is an example of the natural beauty of west Texas. It is home to Mexican yellow poppies, and a variety of animals including the checkered whiptail lizard, desert cottontail and western desert tarantula, according to a report on the region.

Now, nearly a decade since the idea of a national monument took hold, Rep. Veronica Escobar, D-Texas, who represents El Paso in Congress, said “we are at a moment in history, where we believe the moon and the stars have lined up” for the designation to happen.

President Joe Biden has said he wants to preserve open spaces that honor communities of color, as well as the “hundreds upon hundreds of letters, thousands of signatures [and] relentless voices” asking for the designation, she said.

Biden has the authority to declare Castner Range a national monument through the Antiquities Act of 1906, which presidents have used more than 250 times. The National Park Service operates two national monument sites in Texas — the Waco Mammoth National Monument, designated by President Barack Obama in 2015, and the Alibates Flint Quarries National Monument, designated by Congress in 1965.

Congress can also designate monuments through legislation, and Escobar has gotten language to do so in the House version of the Fiscal Year 2023 National Defense Authorization Act.

The bill is currently awaiting final approval by the House and Senate before Biden can sign it into law. 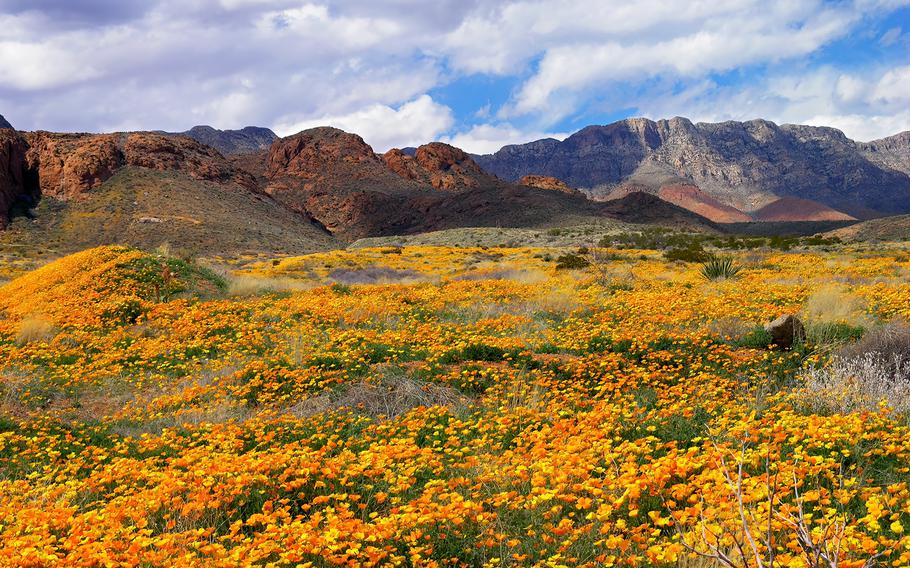 After taking an aerial tour of the range, the undersecretary of the Army and El Paso native, Gabe Camarillo pledged the Army’s commitment to cleaning up Castner Range.

“The Army, of course, has a significant custodian role it plays in terms of cleaning up the unexploded ordnance that is currently located at the facility. We used this beautiful landmark as a test range for about 40 years,” he said. “As long as it takes, the Army will maintain responsibility for ensuring that the area gets cleaned up.”

In 2018 the Army began a feasibility study on the clean-up process that should be completed in fiscal year 2024. It includes an opportunity for the public to provide feedback, Camarillo said.

The Army has already cleared and returned about 1,200 acres back to the city of El Paso. That area now holds a housing subdivision, a big-box retail store and two museums, among other things.

Within the area that remains closed, the Army has cleared 607 explosive munitions as of this year, said Guy Volb, spokesman for Fort Bliss Garrison. To date, only 1% of the 6,803 acres has been 100% investigated, he said. Modeling based on the clean up of that small segment provided the estimate of how far the Army has to go. There’s likely more than 4,800 additional munitions scattered across the range.

Once cleared of explosives, community advocates envision a park with trails and space for hiking, mountain biking, recreational driving or camping and backpacking. They also await the research that could be done, because the land holds both the natural and cultural history of the region, said Scott Cutler, who has advocated since 1986 for the preservation of Castner Range.

“There's a lot of evidence of Native Americans having lived, worked, collected food and everything in the area,” said Cutler, a board member of The Frontera Land Alliance. “Because it's been closed, the extent of the remnants of the indigenous people's use of the area is largely unknown. Nobody could go on and look at the site and evaluate what's there.”

Castner Range is part of the Franklin Mountain Range, which is mostly open to the public through Franklin Mountains State Park. However, Cutler said the geography of Castner Range is flatter and easier to access than the steep and rugged trails of the state park, he said. The range also holds more natural springs and more greenery than the land higher in the mountains.

For the historical designation to happen, the clean-up doesn’t have to be complete, Camarillo said. They can happen simultaneously.

“Certainly, as we look forward to the ultimate cleanup of this site at Castner Range, regardless of how the land is conserved and who has conservatorship of that property, we will do our part in making sure that the environmental cleanup continues as we prioritize their health and safety. Secondly, of course, preservation of wildlife. And third, we, of course, maintain the environmental quality of the site, which is all of course the scenic and natural value that exists here,” Camarillo said.

The Frontera Land Alliance sees the Army’s history on the land as part of the overall story of the range, and they’ve been looking to interview veterans who trained at Castner Range during their time of service, Cutler said.

“Because El Paso is so tightly connected with the military with Fort Bliss, Castner Range is a great story to be able to tell people,” Cutler said. “This Castner Range National Monument would be an accessible place for the public to be able to learn about that.”

A previous version of this report misstated the number of national monuments operated by the National Park Service in Texas. There are two.