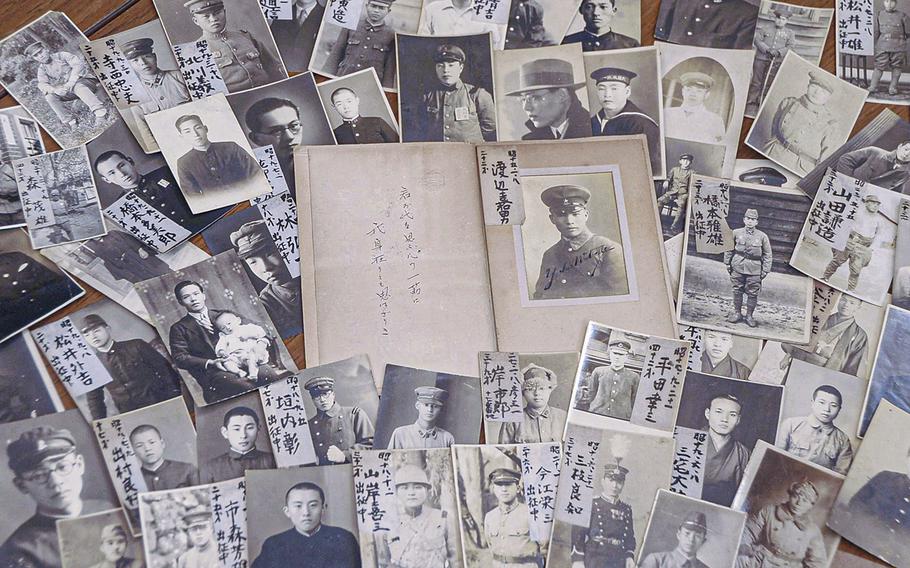 Photos of soldiers that were left at Shinjoji temple in Kanazawa during World War II. (Japan News-Yomiuri)

KANAZAWA, Japan - Seventy-seven years after World War II, a Kanazawa temple continues to look after about 300 photos of soldiers that their mothers left with the temple to pray for their safety.

Shinjoji temple is dedicated to Kishimojin, the goddess of childbirth. People often leave baby photos at the temple to pray for the healthy growth of their children.

During the war, many mothers left photos of soldiers at the temple, praying for the safe return of sons who had joined the war effort. Many of the portraits include the names and ages of the soldiers and the dates the photos were left at the temple. Some also include tragic poems that express anticipation of death in battle.

"Thinking about the sorrow of the fallen soldiers and their mothers, I want to make a pledge of peace," said the temple's chief priest.