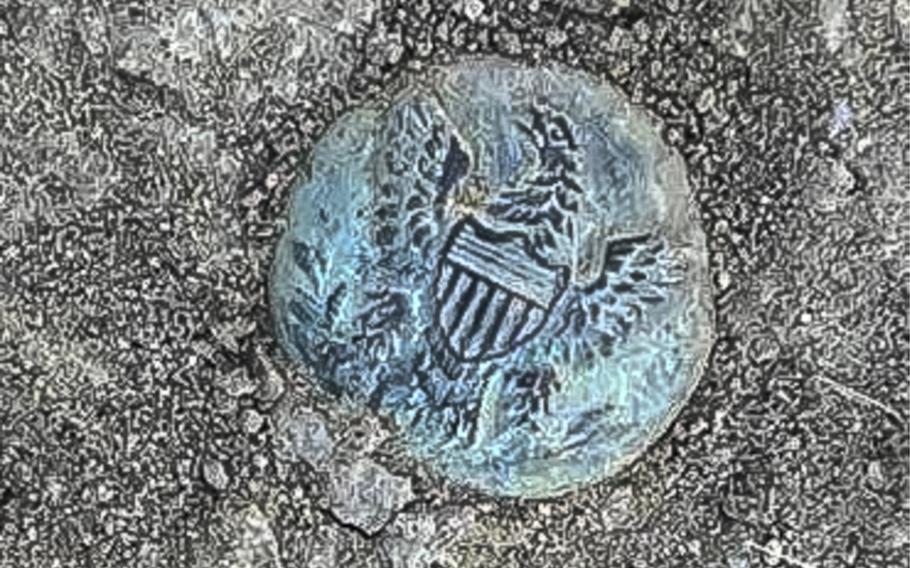 One of Custer’s soldiers must have lost a button 146 years ago, and it turned up Monday, Aug. 8, lying in the Montana dirt, according to the National Park Service. The battlefield is about 60 miles southeast of Billings.

“They did right thing. They left the button where it was found. They took a photo and reported it to park staff.”

The park shared its own photo, showing the well-preserved button has a clearly visible eagle with its wings spread, accompanied by a shield.

Such buttons were “intended for enlisted troops and were widely used by both sides during the Civil War, including state units,” according to the Civil War artifacts site The Union Drummer Boy.

U.S. General Service buttons of the era are popular with military memorabilia collectors, but one found at the site of Little Bighorn would be highly prized.

The battle counts as one of the most disastrous military engagements in U.S. history, with Custer’s name becoming synonymous with a crushing defeat.

It has become “one of the most-studied actions in U.S. military history,” with the desperate soldiers abandoning their guns for knives, clubs and even hand to hand combat, Smithsonian Magazine reports.

“Scouting parties discovered the dead, naked, and mutilated bodies of Custer’s command on the ridges east of the river,” the National Park Service says. “Exactly what happened to Custer’s command never will be fully known.”

Officials did not reveal where the button was found in the park, but note it counts as a battlefield artifact and “will go into the museum collection.”

“These objects are still telling the story of the battle. If artifacts found on the field are removed or taken, that part of the story is lost,” park officials said.

“The park is truly grateful for the visitors yesterday who reported the find.”