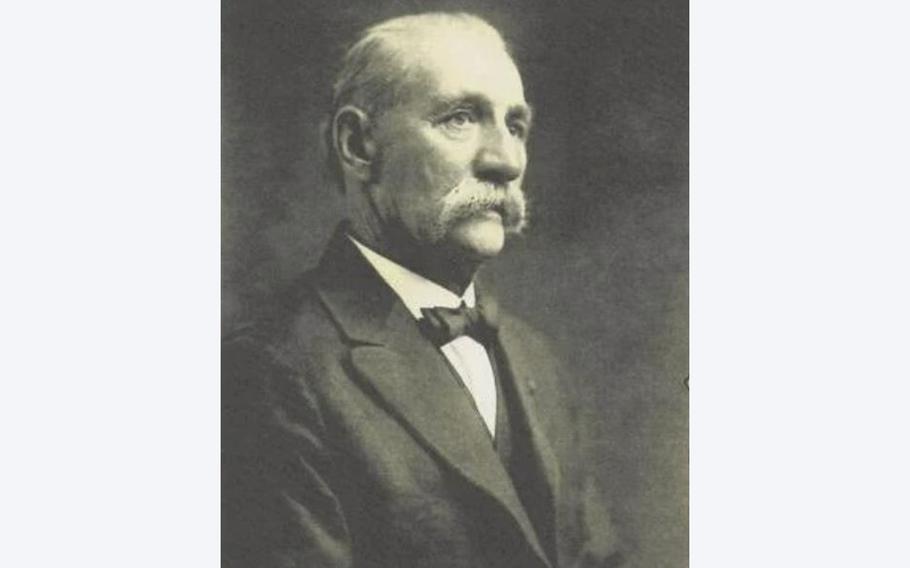 William H. Fetters, the last Civil War veteran to be buried in Polk County, Nebraska, was honored in a recognition ceremony on Saturday, June 25, 2022. ()

(Tribune News Service) — Seventy-five years after his death, William H. Fetters will be recognized as the last Civil War veteran buried in Polk County as part of a statewide project.

In 2003, the SUVCW started its Last Union Soldier Project in which the final resting place of the last Union Civil War soldier in each county nationally is located and marked. Nebraska’s group has identified each solider and begun the process of marking those graces with a bronze medal star and a QR code medallion.

“We’re going to each county and putting up a special marker to the last Union soldier who was buried in that particular county. Of the 93 counties (in Nebraska), there are 92 that have a soldier buried there,” Nebraska SUVCW Past Cmmdr. Paul Hadley said. “Some have thousands, some have just a couple. Mr. Fetters was one of the very early settlers of Stromsburg. And when he passed him, he was one of the only two guys left in the state that were Union veterans.”

Fetters’ marker was to be dedicated Saturday at the Stromsburg Cemetery, with a local historian speaking about Fetters’ life.

Born in rural Indiana in 1844, Fetters enlisted in the 30th Indiana Infantry at the age of 17, according to a Nebraska SUVCW press release. He served from 1862 to 1865. He was wounded during the battle of Stone’s River near Murfreesboro, Tennessee, in December 1862 and was captured and sent to a Confederate prison camp in Richmond. Fetters was later exchanged and rejoined his regiment, which saw action in several other engagements during the Civil War.

Fetters married Sarah Sawyer in Indiana in 1866, and the couple moved to a homestead 5 miles west of Stromsburg in 1872. After establishing a prosperous farm in Polk County, the Fetters moved to Stromsburg in 1903, where he retired. William’s wife and their three children died before him, but he was survived by many grandchildren and great-grandchildren. In his later years, William lived with granddaughter Ruth Larson and her family.

Hadley noted that Fetters’ great-grandson, Richard Larson, attended a 75th anniversary of the Battle of Gettysburg in 1938 with him. Larson, who now resides in Florida, will be attending this weekend’s ceremony, the press release said.

Fetters received a Purple Heart in 1940. According to Hadley, the Purple Heart had not been around during the Civil War era.

“After the war, in the late 1830s, they said any veteran who had been wounded in in a war merits this,” Hadley said. “So the Civil War guys applied and Mr. Fetters was one of them. So he has the Purple Heart too.”

He noted there’s a chance that Fetters’ Purple Heart may be brought to the ceremony.

As of March 2022, the Last Union Soldier Project has been completed in 28 of the 93 counties in Nebraska. Markers are also being planned for North and South Dakota. Just last summer, the group held a similar ceremony honoring James Hill as the last Civil War veteran buried in Dodge County.

“What we’re doing is trying to kind of draw attention to the impact that the Civil War veterans had in Nebraska,” Hadley said.

Visit the Columbus Telegram at www.columbustelegram.com