50 years after the Watergate break-in, John Dean relives the scandal that changed his life 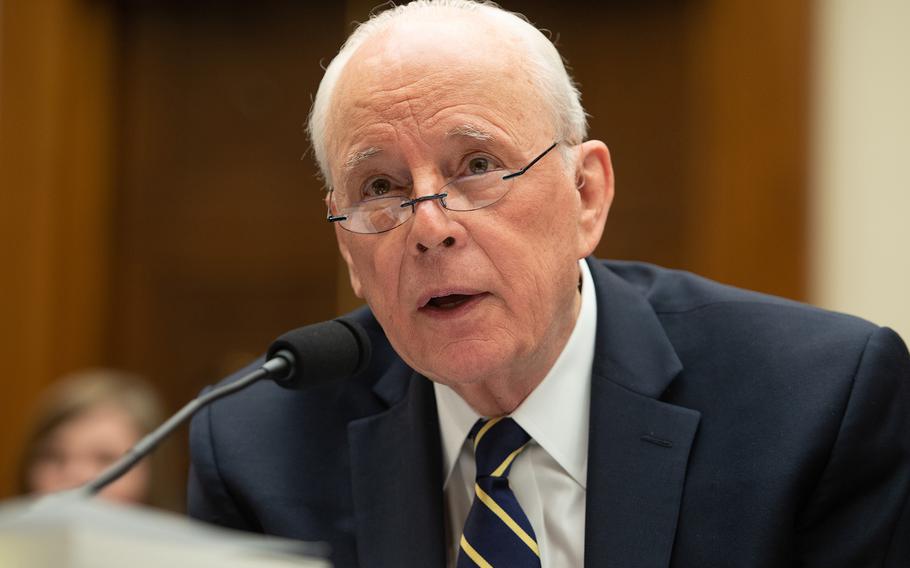 LOS ANGELES (Tribune News Service) — After John Dean gave his historic 1973 testimony on the Watergate scandal that eventually brought down the Nixon White House, he wanted to move on with his life.

An obstruction of justice conviction prevented the former White House counsel from practicing law in Washington, D.C., and Virginia. He moved to Los Angeles with wife Maureen, took business courses at UCLA and worked as an investment banker during the 1980s.

But Dean's inside knowledge on how the bungled burglary of Democratic National Committee headquarters on June 17, 1972, ultimately revealed an organized-crime-type mindset within the Nixon administration has kept him on the contact list of TV news guest bookers for decades.

He has been a go-to talking head whenever a presidential scandal is brewing, and the twice-impeached Donald Trump — whose desperate attempt to stay in the White House after losing the 2020 election remains under investigation — has kept him busy as a CNN contributor.

"I never dreamed I would have to live in this bubble," Dean, 83, said in a Zoom interview from his Beverly Hills home.

There is no one alive closer to the Watergate scandal than Dean, and now he offers a definitive and deeply personal look at the events that changed his life forever in the four-part documentary series "Watergate: Blueprint for a Scandal." The program premieres Sunday on CNN. Dean has written several books related to Watergate and the overreach of presidential powers. His first memoir, "Blind Ambition," was turned into a TV movie in 1979. But the CNN series is the first time he's told his story in a documentary, which drills down into how and why Richard Nixon looked for dirt on its opponents and detailed accounts of his criminal actions to cover it up.

The program, produced by Herzog & Company, delves into the archive of Watergate-related material Dean has accumulated and stored in his Beverly Hills home over the years, including his 60,000-word testimony to a Senate subcommittee originally written in longhand on yellow legal pads.

When Dean read that testimony in the summer of 1973 in front of a massive TV audience, he became "the face of the Watergate conspiracy for most of America," according to Garrett Graff, author of "Watergate: A New History."

The depth of Dean's Watergate insights is partly due to a defamation lawsuit he filed against St. Martin's Press. In 1991, the publisher released "Silent Coup: The Removal of a President," which included an unfounded allegation that Dean ordered the break-in to remove information about a call girl ring that serviced Democratic Party members. The book claimed Dean had learned about the operation from his wife.

The couple sued and eventually reached an undisclosed settlement. But the litigation gave Dean access to files from the Watergate special prosecution archives, intensifying his expertise, and he entered the pundit class that emerged when cable news expanded in the mid-1990s.

"After we settled the case, I started agreeing to do television," Dean said. "Before that, I am so deep in the weeds of Watergate. I'm learning things that I had never known about what had happened and why it happened."

Dean, an executive producer on the CNN project, helped wrangle some of the participants, including Alexander Butterfield, now 96, the deputy chief of staff who dropped the bombshell that Nixon had a taping system in the White House, which ultimately led to the president's resignation in August 1974. Journalists Bob Woodward, Carl Bernstein and Lesley Stahl also offer their recollections on the story that helped make their careers.

Despite his courageous decision to testify against a sitting president, the series does not give Dean a free pass for his role in the Nixon administration's nefarious activities. Elizabeth Holtzman, a former member of Congress who served on the House Judiciary Committee during the Watergate hearings, said in her interview he "was an essential part of the criminal enterprise." Dean himself talks about how he "crossed a moral line" early in his White House tenure.

The program also includes one of the few current day public figures who can fully understand what Dean went through — Trump's former longtime attorney Michael Cohen, who went to prison for tax evasion and campaign finance violations.

Through his lawyer, Cohen sought advice from Dean before testifying in 2019 to the House Oversight Committee, where he leveled allegations of criminal wrongdoing by Trump.

Dean insisted that Cohen be included in the series.

"You can't look at Watergate today without looking through the lens or at least a filter of the Trump presidency," Dean said.

Trump's demands for unyielding loyalty from staff and statements such as asking Georgia Secretary of State Brad Raffensperger to "find" 11,780 votes that would overturn the result of the 2020 presidential election in the state rival what was heard on Nixon's tapes, but were delivered with far less discretion. 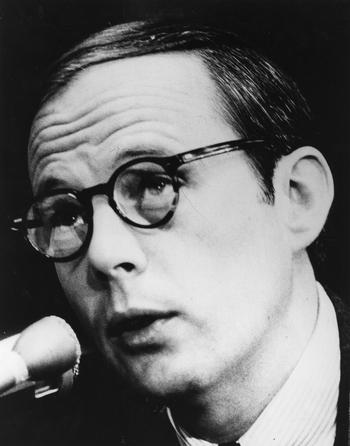 While Nixon had a dangerous lust for power, Dean still believes the 37th president and the only one to ever resign still compares favorably to Trump.

"I think Richard Nixon had a conscience," said Dean. "He could be embarrassed. Was he hard-nosed and tough? Yeah. But I think he could experience shame. I don't think it's an emotion that Donald Trump could ever muster."

Vintage video clips supplement Dean's story in the CNN series, showing the news divisions of the three major broadcast networks — ABC, NBC and CBS — at the peak of their powerful hegemony in the 1970s. It also prompts the interview subjects to note how the public based their opinions on Watergate on an agreed upon set of facts, a major difference from today's polarized and partisan media landscape.

If the Watergate scandal happened today, Dean believes Fox News and other conservative outlets would give more oxygen to Nixon's defenders and perhaps enable the disgraced president to at least finish out his term instead of resigning.

Former Trump officials have been criticized for waiting to express their misgivings over what was happening in the White House until after they left and made book deals. But Dean understands how it's not so easy to walk away from the center of power.

"If it was a county sheriff they wouldn't [stay]," Dean said. "It's the White House in the remarkable city at the top of the government. It's a fascinating place to to see what's going on."

Dean tried to leave the White House in September 1971, a year after he arrived and well before the Watergate break-in. But he was told by his immediate boss, John Ehrlichman, that his post-White House career would be difficult if he left.

"I had some unsolicited offers that I really wanted to explore. Ehrlichman said, 'If you leave, you'll be persona non grata with this administration, so don't take a job where you need any connections to us.' Of course, the jobs did want me to have relationships with the Nixon White House. Ehrlichman said, 'John, you'll have better job offers after Nixon gets reelected.' Yeah, making license plates."

Dean — a young, highly ambitious, Porsche-driving, tassel-loafer-wearing lawyer when he joined the ultra conservative Nixon minions — ended up getting fired in 1973 once it became clear he would implicate the president in the cover-up. Part of his decision to cooperate with investigators was self-preservation, as he believed he was being set up to take the fall for the White House's handling of the scandal.

Dean was later incarcerated for 127 days at an Army base after pleading guilty to obstruction of justice and was in witness protection for 18 months to shield him from ongoing death threats.

Dean's immersion in Watergate since that time has been so deep, he never imagined what his life would have been without it.

"I haven't and maybe I'm not creative enough," Dean said. "It certainly changed my career path. I was always interested in government. I always envisioned going in and out of government. That didn't happen."

This year Dean will be celebrating another anniversary — 50 years of marriage to his wife, Maureen. The image of her calmly seated behind her husband throughout the hearings became one of the most memorable tableaus of the 1970s.

"It was a very sympathetic and very believable portrait," said Graff. "It helped to reshape the public understanding of Watergate."

While navigating the crisis together has strengthened their bond, Dean still has regrets over putting his wife through the extraordinary experience.

"We still love each other," Dean said. "We're friends. We respect each other. Had I known the trouble I was in, I would have never married her."