Nearly 54 years after his untimely death, the legacy of 1st African American astronaut lives on 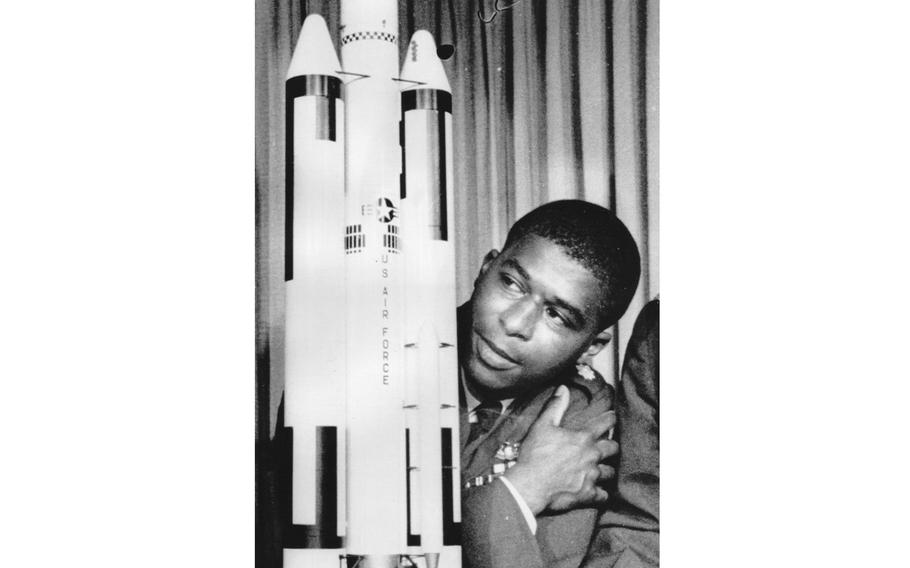 (Tribune News Service) — Maj. Robert Lawrence Jr. was a Chicago native whose contributions to the U.S. Air Force and NASA helped young scholars achieve their dreams in science. Though his untimely death prevented him from flying out of Earth’s atmosphere, his name has reached as far as the asteroid belt between Mars and Jupiter. He is considered the first African American astronaut.

Lawrence graduated from high school from the Englewood Technical Preparatory Academy in 1952 at age 16. At 20, he earned his bachelor’s degree in 1956 from Bradley University in Peoria and was an Air Force Pilot who in 1965 earned his doctorate in chemistry from Ohio State University.

“We know he was a hard worker and he worked hours in the cafeteria while he was a cadet commander in order to put himself through school,” said Michelle Fry, department chair and associate professor of the Mund-Lagowski Department of Chemistry and Biochemistry at Bradley University.

For more than two decades, endowed scholarships and lectureships named for Lawrence have been given to minority chemistry and biochemistry students at Bradley, Fry said. As of 2022, there have been 21 recipients.

“More than one went to medical school; others have gone directly into the workforce, so all of them have accomplished a lot and we’re really proud of them,” Fry said.

Ethan Tyner, who majored in biochemistry and minored in biology at Bradley is one of the two recipients of the Lawrence Scholarship this year, a recognition he called inspiring.

“I gained this hunger to push and further myself, not just for my own good, but for the people that have come before me,” Tyner said. “People like Maj. Lawrence, who paved the path I now walk on.”

Lawrence was invited to join the Manned Orbiting Laboratory, which launched in 1965. The MOL mission was a joint project for the U.S. Air Force and the National Reconnaissance Office to help capture high-resolution images of America’s Cold War adversaries.

The MOL program planned to have a series of mini space stations in low polar Earth orbit. The mission would be occupied by a two-man crew for 30 days at a time. Lawrence was accepted as a member of the third group.

Lawrence, who was 32, was training to be among the first Air Force astronauts. The idea was to help prepare military pilots to take high ground of space. 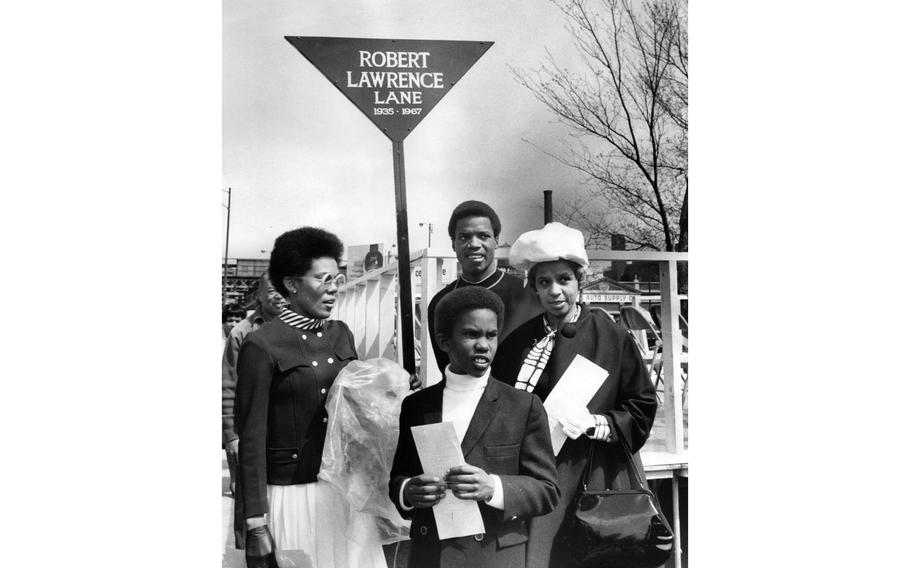 A Robert Lawrence Lane sign is dedicated to Air Force Maj. Robert Lawrence Jr. at 22nd and State streets in Chicago on April 25, 1969. The dedication was attended by Lawrence’s wife, Barbara; mother, Gwendolyn; son, Tracey, age 9; and Dathan Threatt of The Young Men of Pride, a neighborhood club that helped get the sign erected. (Seymour Wolf/TNS)

On Dec. 8, 1967, Lawrence went aboard a jet, the F-104 Starfighter, for training at Edwards Air Force Base in California.

He and a new flight instructor, Harvey Royer, were doing a trial on a technique called “flaring,” which is used when a pilot is preparing for landing.

While in flight, the new instructor tried the maneuver and both main gears collapsed. Lawrence and Royer we both ejected. Royer was severely hurt but survived the accident. Lawrence’s parachute did not fully deploy.

He was the sole trainee to be killed in the Air Force program.

In 1991, a monument created by the Astronauts Memorial Foundation honored 16 fallen astronauts by having their names engraved in the black granite Space Mirror Memorial.

Lawrence’s name was initially left out, and some cited discrimination.

It wasn’t until 1997, 30 years after Lawrence’s death, that his name was engraved. Since then, his name and legacy continued to be recognized.

In 2000, Lawrence was among 27 African American, Hispanic and Native American astronauts to have an asteroid named after them. Robertlawrence 92892, located in the asteroid belt between Mars and Jupiter, was officially dedicated to Lawrence.

In 2020, a spacecraft that would deliver goods to NASA was named after him.

Though Lawrence may still be considered an unsung hero, his contributions to science inspire scholars who want to build upon the legacy he created.

“I want to continue that path so the next person after me has an even greater path to walk on,” Tyner said.