Where did Memorial Day start? Here’s a look at the origins of the holiday 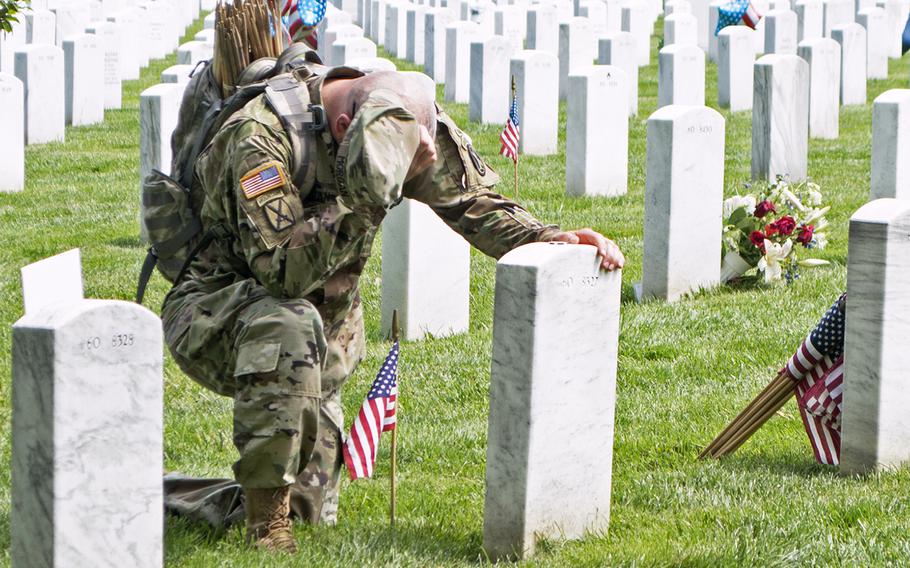 (Tribune News Service) — With Memorial Day weekend upon us, many people are prepping for a weekend of fun with family and friends. From barbecues to beach parties to fireworks, there are a multitude of activities we associate with this holiday weekend.

And while fun in the sun is great, it’s not the real reason we celebrate Memorial Day. Communities across the country will also hold ceremonies to celebrate those in the military that sacrificed their lives for the country.

But where and how did Memorial Day start?

Three years after Robert E. Lee surrendered to Ulysses S. Grant to end the Civil War, General Order No. 11 was issued by Commander in Chief John A. Logan of the Grand Army of the Republic, which was a group of former Union soldiers.

The 1868 order designated May 30 as a memorial day “for the purpose of strewing flowers or otherwise decorating the graves of comrades who died in defense of their country during the late rebellion, and whose bodies now lie in almost every city, village, and hamlet churchyard in the land.”

“We do not know one promise these men made, one pledge they gave, one word they spoke; but we do know they summed up and perfected, by one supreme act, the highest virtues of men and citizens,” Garfield said that day.

Where did Memorial Day begin?

We know that Memorial Day began being recognized on a national level in 1868 — but where did the idea originate?

The village of Waterloo, N.Y., was designated as the official “Birthplace of Memorial Day” by President Lyndon Johnson in 1966. By signing a presidential proclamation, the federal government officially recognized a ceremony that Waterloo held a century earlier in 1866 as the beginning of the United States’ observance of the holiday. That year, the town’s residents “prepared wreaths, crosses and bouquets for each veteran’s grave” and walked from cemetery to cemetery to honor those who died in the Civil War.

But other towns also claim rights to the holiday’s origin story, including Boalsburg, Pa., which cites a ceremony it held in 1864. That ceremony, which took place as the Civil War still raged, also consisted of decorating the graves of recently fallen soldiers, as well as men who had died in the War of 1812 and the Revolutionary War.

Another notable early recognition of Memorial Day came in Charleston, S.C., and was held by formerly enslaved people shortly after the Civil War ended. The recently emancipated people gave a proper burial to Union soldiers who had died at a makeshift prison camp and had been put in a mass grave by the Confederates. Those men and women got to work after the Confederate soldiers evacuated the city, and in 1865 “a crowd of 10,000 people, mostly freed slaves with some white missionaries, staged a parade” at the former camp.

Memorial Day wasn’t actually called Memorial Day at first. It was originally titled Decoration Day, a reference to the act of decorating soldiers’ graves. But by the beginning of the 20th century, the name of the holiday held annually on May 30 was changed to Memorial Day.

In 2022, Memorial Day will fall on May 30 again, the day originally designated for the holiday each year. But that changed in 1968, when Congress passed the Uniform Monday Holiday Act, which officially declared that Memorial Day would be celebrated on the last Monday in May.

Three other holidays were affected by the law: Washington’s Birthday, Labor Day and Columbus Day.