This soldier fought for Finland, Nazi Germany and US Special Forces 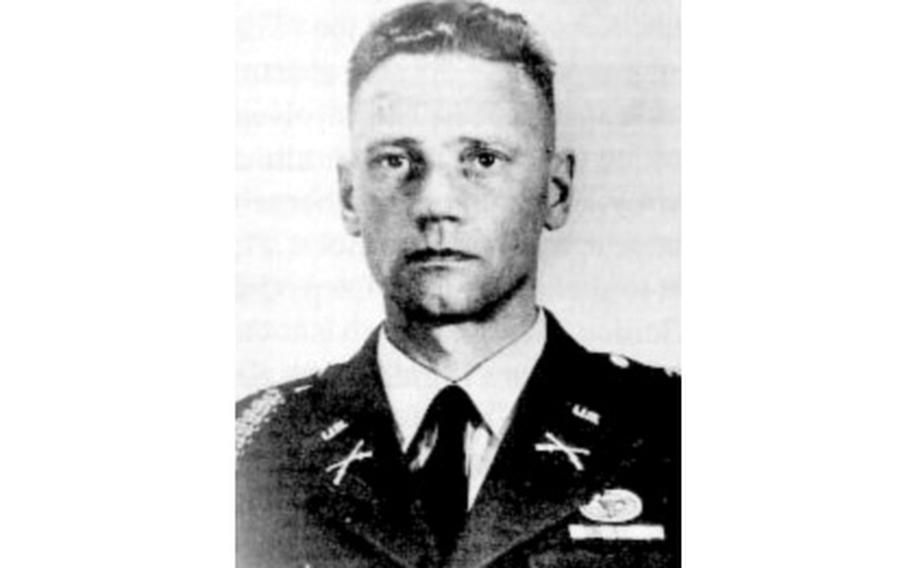 Lauri Törni changed his name to Larry Allan Thorne when he arrived in the United States. He received postings at Forts Dix, Carson, Benning and Bragg. He was selected for training as a Special Forces officer, and in 1963 began his first tour of Vietnam, setting up a base camp near the Cambodian border. Today his grave lies at Arlington National Cemetery. (U.S. Army John F. Kennedy Special Warfare Museum)

In 1939, an officer in the Finnish army helped defend his country against a Soviet invasion, earning two Medals of Liberty for his actions.

In 1941, a soldier fighting for the SS joined Germany’s war against the Red Army, commanding a tank platoon in the Karelia offensive.

In 1963, a member of the U.S. Special Forces earned a Bronze Star and Purple Heart in Vietnam and undertook a reconnaissance mission to search for the Ho Chi Minh Trail in Laos.

All three soldiers were the same man: Lauri Törni.

Finland formally applied to join NATO last week, marking a dramatic reversal from its longtime policy of military nonalignment. For many years, before Russian President Vladimir Putin’s invasion of Ukraine in February caused Finnish public support for joining NATO to jump to a record 76%, just 20% to 25% of Finns had wanted to join the alliance.

But Finland and NATO have worked together in the past, including in 1996 when Finland contributed a battalion to the peacekeeping forces in Bosnia and Herzegovina as part of the Bosnian War. And no one better embodies the complexities and contradictions of Finland’s foreign entanglements over the decades than Törni.

Across his various postings for three countries, Törni’s apparent motivation — to keep Russian aggression at bay — is one that seems to be shared by the majority of today’s Finns.

Conflict with Russia was a reality for Törni, not just a fear. When he volunteered for military service in September 1938 and the Red Army moved to occupy Finland, he and his countrymen found themselves overwhelmed by Soviet manpower.

According to Mika Karttunen’s 2007 documentary, “Törni — Sotilaan Tarina (A Soldier’s Story),” Törni’s proficiency in combat saw him recommended for Reserve Officer School, where he was given command of a Swedish-speaking company — even though he didn’t speak Swedish.

He used hand signals to lead his team, which excelled in battle. Törni was awarded first- and second-class Medals of Liberty before the Winter War ended on March 13, 1940, with Finland ceding land to the U.S.S.R. but maintaining its sovereignty and most of its territory.

He returned to find his hometown of Vyborg destroyed and his family homeless.

Nazi Germany offered the Finnish forces arms and assistance in return for passage into their country. When Finland sent a voluntary battalion to SS Division Wiking, Törni — restless from time away from the battlefield and having fallen into brawling and heavy drinking — was among the volunteers on board a ship of 289 recruits.

He was promoted to the rank of Untersturmführer, but his prospects for further advancement were limited. Men who did not get along with the Germans were sent back. Törni was one of them.

When a second conflict between Finland and the U.S.S.R., the Continuation War, broke out on June 25, 1941, Törni was given command of a machine gun platoon. He was promoted to lieutenant and awarded a third-class Cross of Freedom medal for his leadership.

He was also able to form his own company, Detachment Törni. The company’s work behind enemy lines involved hogtieing Soviet troops, disabling transport and sowing terror among the Russians. It earned Törni a German Iron Cross from his occupying commanders, and a 3-million-mark bounty on his head from the Soviets.

Russian female enlistees were said to have patrolled battle lines shouting through megaphones: “Bring us Törni’s head! Dead or alive! You’ll get 3 million!”

A further honor — the second-class Mannerheim Cross, which Törni received on June 9, 1944 — came with a 50,000-mark cash prize, most of which Törni drank away with his comrades.

With his homeland in turmoil and the threat of Soviet occupation still hovering, Törni boarded a U-boat for Germany in 1945, seeking action after having been refused permission to join the Lapland War in the north of his country. But World War II was drawing to a close, and the 1944 Moscow Armistice — signed by Finland, Russia and the United Kingdom — had ordered the Finnish government to expel the occupying German troops.

The next year, Törni was arrested by Finnish state police for high treason. Convicted in 1948 of “arming a resistance movement against the Finnish and Soviet forces,” he was sent to Turku Provincial Prison — and then escaped.

Törni tried to reach Sweden but was caught, earning a six-month extension to his original sentence. A further escape saw him recaptured and sent to another prison. He was pardoned by Finnish President Juho Paasikivi in December 1948.

Seeking a fresh start, Törni boarded a freighter bound for Venezuela, and then a Norwegian vessel heading for the United States. It was illegal for him to enter, but Törni jumped ship and swam to Mobile, Ala., stepping onto U.S. soil on Sept. 20, 1950.

Despite a lack of money or a firm grasp of the English language, Törni made it to New York, where he was welcomed by the Finnish immigrant community. According to the 2007 documentary, some of his enlisted buddies “pulled some strings,” and Törni’s application for U.S. citizenship was approved on Jan. 27, 1954. His service under a third flag could begin.

Lauri Törni changed his name to Larry Allan Thorne. With his SS tattoo removed and a wealth of combat experience to draw on, he received postings at Forts Dix, Carson, Benning and Bragg. He was selected for training as a Special Forces officer, and in 1963 began his first tour of Vietnam, setting up a base camp near the Cambodian border.

Thorne helped build schools and hospitals, and would return to Fort Bragg with Bronze Star and Purple Heart medals.

But when faced with an old enemy — civilian restlessness — he volunteered for a second tour with the Military Assistance Command, Vietnam (Studies and Observations Group), a top-secret unit not officially recognized by the government, and tasked with recon missions across the border into Laos. Thorne’s long-range patrol skills developed during the Continuation War could once again be called upon.

More than 50 search missions failed to find Thorne or his comrades, each made difficult by the fact he was never officially in Laos. Thorne was declared dead on Oct. 19, 1966.

His remains eventually would be recovered 33 years later by Joint Task Force Full Accounting on the Laotian border. Today his grave lies at Arlington National Cemetery.

The American author Robin Moore, who visited Thorne’s camp at Chau Doc, Vietnam, wrote a character in his 1965 novel, “The Green Berets,” inspired by the Finn: Officer Sven (Steve) Kornie.

The book — which in 1968 became a film starring and directed by John Wayne — describes its Nordic hero as “the ideal Special Forces officer. Special Forces was his life: fighting, especially unorthodox warfare, was what he lived for.”