Barracks at Fort Vancouver to get new life from $15.2 million fund

VANCOUVER, Wash. (Tribune News Service) — Instead of remaining idle, Fort Vancouver’s double infantry barracks is being renovated to continue its purpose as a public resource.

The Fort Vancouver National Site is set to receive $15.2 million in federal funding to “bring back life” to Building 993 in the east Vancouver Barracks. Tracy Fortmann, park superintendent, said Thursday that the project has three focus points: sustainability, energy efficiency and accessibility, all while upholding the building’s historic roots.

Fort Vancouver’s position as a hub for the Hudson’s Bay Company led to an economic boom, although at the expense of Indigenous communities in the area. The bustling location later became the Vancouver Barracks, serving as the Pacific Northwest‘s military headquarters in the late 19th and early 20th centuries — continuing to add to the site’s prominence.

The area served as a pivotal source of expansion in the region’s growth, according to Fortmann. She said ensuring that Vancouver Barracks buildings remain utilized, including Building 993, is crucial for commemorating its history.

The three-level building that was built as an infantry barracks in 1907 and once housed 180 soldiers will be converted into office spaces. There will be upgrades to make the building more accessible, including raising its porches and installing elevators, and to fortify its internal structure. All the project’s goals are centralized around retaining adaptability so the building can be used for another 100-plus years.

“Building 993 will continue its life of public service and the history of this post will continue,” Fortmann said.

Restorations are anticipated to be completed in spring 2023.

More than 90 percent of Building 993’s project costs are covered by the legislation’s funds, she said. This means that financial resources can be redirected toward other top maintenance priorities at the Fort Vancouver National Site, including re-roofing, painting and replacing structures.

Funding for the rehab project came from the Great American Outdoors Act. The legislation, passed in 2020, supplies up to $1.9 billion a year for five years to fund repairs and maintenance of National Park Service infrastructure. It draws revenue from energy development and also amasses funding for land and water conservation through offshore oil and natural gas royalties.

Ray Todd, project specialist with the National Park Service, said the parks with the greatest amount of deferred maintenance in the national park backlog were addressed first. That and a thoughtfully crafted proposal boosted the Fort Vancouver National Site to the top of the list, Fortmann added.

Fixing and replacing this infrastructure cannot be accomplished through a park’s annual funding stream, which is why the Great American Outdoors Act is huge for the future of national park improvements, Sams said. 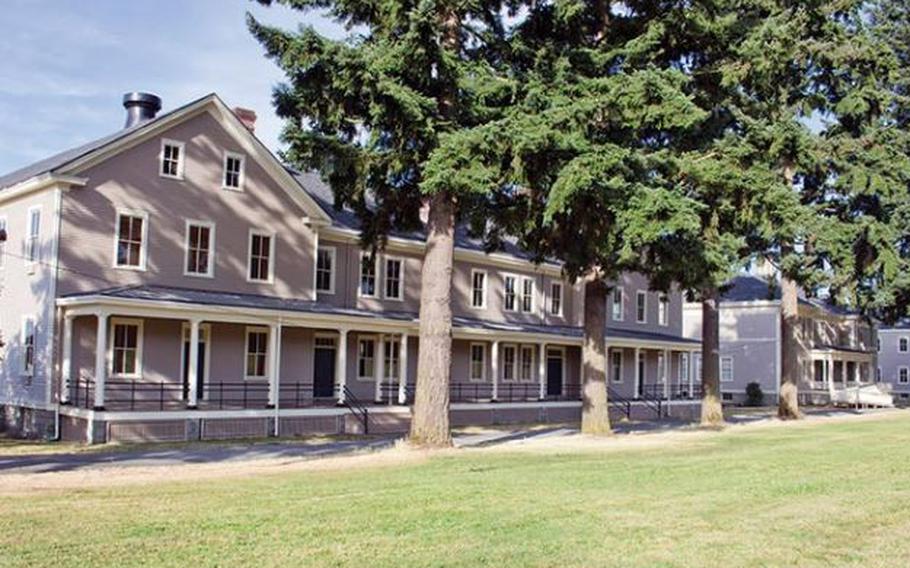