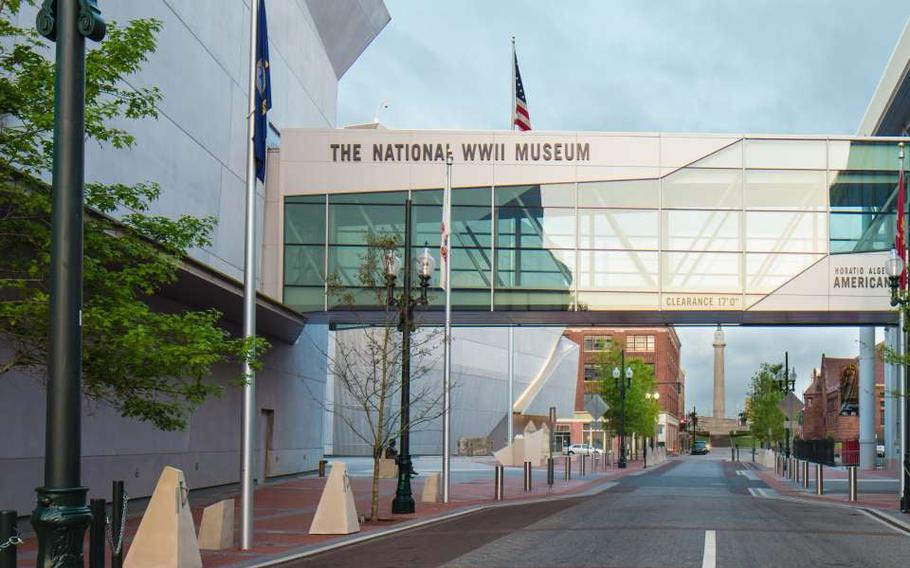 The National WWII Museum announced a $7.5 million donation Tuesday to fund a new theater, described as an immersive, cinematic experience that will surround audiences with powerful visuals as they’re seated on a rotating platform. (The National World War II Museum/Facebook)

NEW ORLEANS (Tribune News Service) — The National WWII Museum announced a $7.5 million donation Tuesday to fund a new theater, described as an immersive, cinematic experience that will surround audiences with powerful visuals as they're seated on a rotating platform.

The Priddy Family Foundation Freedom Theater will be on the top floor of the new, three-story Liberation Pavilion. That pavilion, which will explore the end of the war, the Holocaust and the postwar years, is under construction and expected to open in late spring 2023.

The donation comes from the Priddy Family Foundation, led by foundation chairman and museum trustee Robert Priddy and his wife, Kikie, and is the third-largest individual gift in the museum's history.

The Liberation Pavilion will include two floors of exhibit space featuring personal experiences, imagery, artifacts and immersive settings to bring to life that phase of America's involvement in WWII.

On the third floor will be the Priddy Family Foundation Freedom Theater, which the museum said "will help ensure that the stories of World War II remain relevant for future generations by offering audiences a 20-minute multi-sensory experience focused on the lasting impact of World War II and the ongoing struggle for freedom and human rights."

The museum said the exhibit will highlight efforts to protect and promote freedom during and after World War II, movements for equality and civil rights in the aftermath of the war and the nation's role in the postwar global order.

"Powerful, original visuals will be projected throughout the show, and at a pivotal moment, the theater audience platform itself will rotate," the museum said in a news release, noting the experience "will highlight the importance and fragility of freedom while making the sacrifices of World War II profoundly relevant today."

The exhibit is being developed by The Hettema Group, the same Pasadena, Calif.-based firm responsible for the museum's Beyond All Boundaries 4D experience. The museum said that exhibit and the one announced Tuesday will serve thematically as bookend experiences for visitors.

The first floor of the Liberation Pavilion will feature galleries about the end of World War II and the immediate postwar years that honor Americans who were killed or wounded, along with the sacrifices made by an entire generation. It will include exhibits examining the horrors of the Holocaust and moments of liberation, an interfaith chapel and a gallery highlighting the story of the men and women who worked to save art and other important cultural works from being destroyed by the Nazis, the museum said.

The second floor will examine the postwar period: homecoming and the experience of transitioning back home from the battlefields, the war crimes trials, movements for social change and civil rights and developments in international and domestic affairs. "Connections will be drawn between World War II and its profound meaning and relevance today," the museum said.

The museum said the Priddy Foundation's donation represents a milestone toward the completion of its current $400 million Road to Victory Capital Campaign, the last major project of the sprawling Warehouse District campus.

"The Museum is deeply grateful to Robert, Kikie and the Priddy Family Foundation for their leadership, generosity and dedication to preserving the voices and legacies of the WWII generation," said Stephen J. Watson, the museum's president and CEO.

"We believe that the Greatest Generation embodies American strength and values, and we are committed to supporting the Museum in their efforts to recognize the sacrifices of this generation and to inspire all people to embrace the lessons of this global conflict," Robert Priddy said in the news release. "We hope that the central theme of human freedom and the exploration of 'what World War II means today' will inspire all who see it to reflect on the meaning of freedom and their role in preserving it."