Announcement scheduled for Tuesday about plans to bring destroyer to Jacksonville 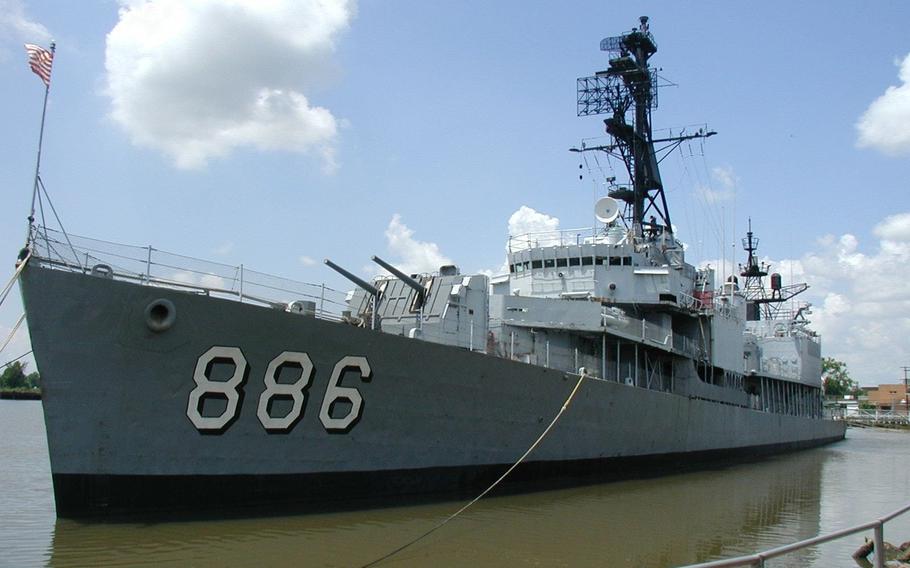 The USS Orleck could come from Lake Charles, La., to downtown Jacksonville and be a floating museum docked at a pier in the Shipyards. (TNS)

JACKSONVILLE, Fla. (Tribune News Service) — A “yes or no” announcement by a group hoping to bring a retired U.S. Navy destroyer to Jacksonville as a floating military museum is planned for Tuesday.

The USS Orleck, which was launched in 1945 and later earned the nickname “The Gray Ghost of the Vietnam Coast,” has been undergoing a seaworthiness inspection in Texas. Results of the inspection will be announced at Tuesday’s ceremony.

The ship was transferred to the Turkish Navy in 1982, where it was rechristened as the TCG Yücetepe and finally retired in 2000. It had been berthed in Lake Charles, La., where it broke loose from its moorings during 2020’s Hurricane Laura and suffered about $250,000 damage.

It was towed to Port Arthur, Texas, late last year by a Green Cove Springs company and put into drydock to be inspected to determine if it could make the 10-day trip to Jacksonville. A retired Navy captain and a marine surveyor led the inspection team. The ship’s hull was to be cleaned and its exterior painted during the process.

The Jacksonville Historic Naval Ship Association plans to dock the Orleck at the westernmost pier at the Jacksonville Shipyards, near TIAA Bank Field on the St. Johns River. Plans call for building a pierside building housing a ticket office, gift shop and restrooms at the site. The 2,350-ton Orleck would serve as a floating museum focusing on the U.S. Navy Cold War experience. It could also be used as an education resource, a gathering place for military conventions and crew reunions and possibly for overnight stays by Scouts and other groups.

The project had an initial cost estimate of $2.6 million, but a December release from the association notes that costs have gone up. The project costs in the shipyard have increased by more than a half-million dollars, to $1.8 million, plus $65,000 in paint.

To donate to the museum, visit jaxnavalmuseum.org/donate.