In August 1944, an American soldier finishing up an Army survey was asked whether he had any further remarks. He did.

“White supremacy must be maintained,” he wrote.

“I’ll fight if necessary to prevent racial equality. I’ll never salute a negro officer and I’ll not take orders from a negroe. I’m sick of the Army’s method of treating ... [Black soldiers] as if they were human. Segregation of the races must continue.”

Another soldier wrote: “God has placed between us a barrier of color ... We must accept this barrier and live, fight, and play separately.”

These harsh views, and others, from the segregated Army of World War II, emerge in a new project at Virginia Tech that presents the uncensored results of dozens of surveys the service administered to soldiers during the war.

Much of material is being placed on the Internet for the first time, and a lot of it runs counter to the wholesome image of the war’s “greatest generation.”

Raw attitudes on topics including race, women, sex, gender and combat are revealed in 65,000 pages from Army surveys that a Virginia Tech historian found in the National Archives.

Black soldiers had their own views about the men they called Southern “crackers” who couldn’t admit that the Civil War was over. Some soldiers were suspicious of women in the service. A gay soldier wondered why he had been drafted. And several soldiers said they had been in combat too long.

The project is called “The American Soldier in World War II,” and is supported by funding from the university and the National Endowment for the Humanities, and by the work of the National Archives.

It is directed by Edward J.K. Gitre, an assistant professor of history at Virginia Tech.

“It does speak to a generation,” he said in a recent interview. “The good, the bad, the ugly, heroic, not heroic.”

The website, which made its debut on Dec. 7, makes available digitized and transcribed survey responses, as well as analyses, lists and statistics.

The surveys guaranteed anonymity. (About 500,000 service members were surveyed, but results from about 300,000 survive.) The surveys gave soldiers a chance to beef, opine or vent, and gave the Army an idea of what soldiers were thinking.

For scholars, and now the public, they provide a glimpse into the mindset of the American generation serving in the war, which for the United States lasted from 1941 to 1945.

Gitre said he first found the surveys in the National Archives in 2009.

It was “an amazing find, because so much of the material from World War II is censored or kind of written after the fact,” he said. “I knew immediately ... that these were not censored in any way.”

The surveys were conducted by a wartime organization called the Army Research Branch at bases in the United States and in combat zones in Europe and the Pacific.

In addition to the surveys, Gitre’s project presents a 1941 “Glossary of Army Slang,” which came from the Army’s public relations division and appeared that year in the journal American Speech.

Being swacked or wing heavy was being drunk. Serum was an alcoholic beverage. A gas house was a bar. A six and 20 tootsie was a girlfriend “responsible” for an Air Corps cadet returning late from leave, which merited six demerits and 20 punishment tours.

Having egg in your beer meant having too much of a good thing.

The survey results are often coarse and jarring.

Hispanics, Jews, medical officers and reporters all came in for some criticism. 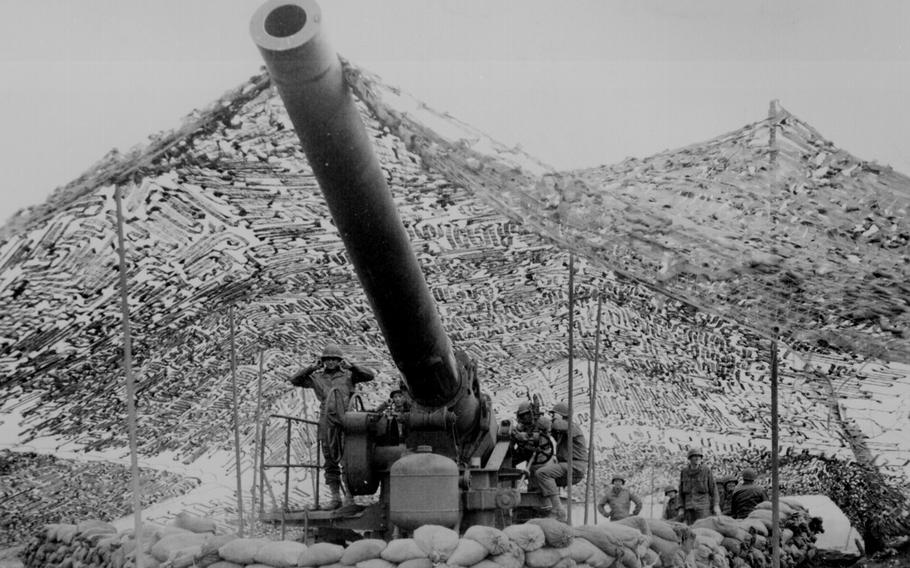 “Lets leave the news reporters in the states,” wrote a soldier who was upset over the publicity the Marines got. We “will tell them when its over, and that’s all they have to know.”

Other soldiers stuck up for at least one reporter, the legendary newspaper columnist Ernie Pyle, who was killed in battle in 1945. “Ernie Pyle was the only man who plugged for the” infantry — the “dogfaces” — the soldier wrote.

“Listen to Ernie Pyle,” another man said. “He is for us G.I. Joe’s he is a spokesman for every man overseas.”

“Most of us were inducted against our will. Things are being made harder for us because we are something that we could not help. ... Why did you induct us in the first place. Even as a leopard cannot change its spots, neither can we curtail our homosexual inclinations. ... I’ll just try not to get caught.”

But a Black soldier wrote: “It is impossible to understand how the brains of the Southern white man works and just what can be the cause of so much ... hate that is imposed upon the Negro soldier.”

“With all the patriotic speeches ... he takes time out to heap insults and abuse upon the Negro soldier who is doing all that he can to further the war effort,” he wrote.

“Most Southern white people must fear that the rise of the Negro will be of danger to their long vaunted White Supremacy,” he wrote. “For us the saying goes a house or an Army divided against itself will surely fall. Hitler knows this better than we may think.”

Another Black soldier said the Army “stinks ... [and] is filled up with a lot of ‘Crackers’ who don’t know that the Civil War is over and from all indications never will!”

And another wrote: “After the war there will be riots after Riots because we are tired of the so called white Supremacy as they call it. ... We just want the right to live, work and advance as normal people do. The right to fight & die as true Americans should. ... You can’t keep us down, try as you may.”

“Some of this is really difficult to read,” Gitre said.

Soldiers complained about ill-fitting Army clothes and said they disliked classical music and “hill billy” tunes. Large majorities thought men who “cracked” in battle were not cowards or fakers.

Some soldiers were hostile to women in the Army, specifically in the Women’s Army Corps, where 150,000 women served during the war.

“A women’s place is in the home,” wrote one soldier. “She can do more there by writing letters or by doing war work than by being in the Army. ... There are too many immoral women in the service and I wouldn’t want my sister to live with such people nor would a self-respecting woman.”

Another wrote: “The WACS will except anything that looks like a female. I would never ask or advise any girl to join such an outfit. I told my girl friend back home if she ever joined the WACS I would be through with her.”

And another: “Usually a woman will join the Wac’s for a reason other than being patriotic. Most of them are wolves in sheeps clothing. ... Released from family and relation pride she now can let herself loose.”

Several surveys were administered to women, but not all the data and records survived, Gitre said in an email. “We do have multiple-choice survey responses from women, just not their handwritten remarks, unfortunately,” he said.

Long, brutal tours of combat were a serious issue.

“What I would like to know is the fifth Army going to fight this whole ... war over here by itself?” wrote one soldier probably engaged in the bitter fighting against the German army in Italy. “My outfit has been in combat for about 135 days without any rest or relief. When are we going to be relieved?”

Another, fighting in the Pacific theater, asked why the 25th Division was being kept overseas so long. The division saw fierce combat at Guadalcanal, New Georgia, and the Philippines, suffering 1,200 killed and 4,100 wounded over the course of the war.

“We have been in the Jungles eighteen months now [and] it is getting rather old to us,” he wrote.

Another man explained how jungle fighting wore men down.

“You stay to long [in] combat [in] these damn Jungles, you forget what you are fighting for,” he wrote.

“You forget what you were back home. ... You lose confidence in your self and every one else. ... You get to thinking ... how long is this going to last. If I live thru it, I’ll never be any good. That’s what gets you down. ... You can’t help it.”

And a veteran of the fighting in Italy wrote: “I have been through the whole ... campaign as yet I haven’t been hurt, but ... day by day I see my buddies being wounded or killed. My luck cannot hold out forever.”