Robert Lincoln was close by for 3 presidential assassinations, including his father’s 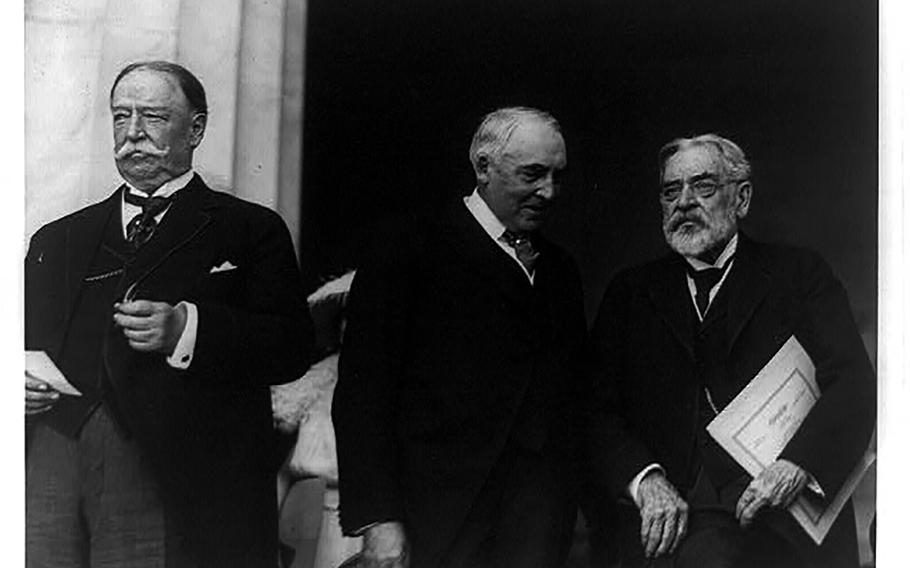 On the evening of June 30, 1881, President James Garfield was with a few members of his Cabinet when he asked one of them a sensitive question: Would the man please recount for him the evening of his father's assassination?

The man was Robert Lincoln, Garfield's secretary of war and the only surviving son of the nation's greatest president.

Lincoln gave Garfield a "detailed recital," he later said - how he had been invited to the theater with his father that night but declined, how he was hanging out with friends in the White House when he heard his dad had been shot, how he rushed to the house across the street from the theater where his father had been taken and tended to him until he took his last breath.

Less than 48 hours after Lincoln told this story, Garfield too was struck by an assassin's bullet, while his 37-year-old secretary of war stood a few feet away.

Though little remembered and often misunderstood, Robert Lincoln lived a remarkable life woven through with landmark historical events and spooky coincidences. (The most incredible of them: Months before John Wilkes Booth assassinated President Abraham Lincoln, Wilkes' brother Edwin saved Robert from a dangerous fall on a railroad track.) It's a life captured in the book "Giant in the Shadows: The Life of Robert T. Lincoln" by historian Jason Emerson, who, during his research, was the first person to read many of Robert's private letters since they had been donated to the Library of Congress.

On the morning of July 2, 1881, Lincoln was supposed to take a train to New England with Garfield, but he had encountered a scheduling delay. So instead, he had come to the train station to let the president know he would join him the next day. He was standing on the train platform "about 40 feet away," according to Emerson, when Charles Guiteau, who deludedly believed that he'd gotten Garfield elected and deserved a diplomatic post, shot Garfield twice.

"I think I reached him in 15 seconds," Lincoln wrote to a friend later. "He was lying on his back, his eyes closed and with a leaden gray look on his face."

Even in the immediate aftermath, newspapers commented on Lincoln's misfortune to be at both presidential shootings to date, and a New York Times correspondent reported overhearing him say, "My God, how many hours of sorrow I have passed in this town."

Lincoln helped run the government for months while Garfield convalesced, and though it initially seemed like the president would recover, his wounds became infected, and he died on Sept. 19, 1881. When Vice President Chester Arthur took over, he replaced everyone in the Cabinet except for Lincoln.

Over the next few decades, Lincoln served as a diplomat in London and remained active in Republican Party politics. He became general counsel of the Pullman Car Co., which manufactured and owned train cars all over the country during the railroad boom.

By 1901, he was in his late fifties and had become president of the company when President William McKinley invited him to the Pan-American Exposition in Buffalo. According to Emerson, Lincoln and his family had been vacationing in New Jersey and took the train to the event. When they arrived, a Pullman employee was waiting on the platform and handed Lincoln a telegram. It read: "President McKinley was shot down by anarchist in Buffalo this afternoon. He was hit twice in the abdomen. Condition serious." (Later versions of the story had Lincoln standing next to McKinley at the time of the shooting; Emerson thinks those are exaggerations, although Lincoln's train was about to arrive in Buffalo when it happened.)

Lincoln rushed to McKinley's bedside. Only one bullet had hit the president, in the abdomen; the other grazed his arm. With treatment, he was expected to recover. After a second visit, Lincoln told reporters, "My visit has given me great encouragement," and continued on his vacation.

But as with Garfield, infection proved a greater threat to McKinley than bullets. He soon took a turn for the worse and died on Sept. 14, 1901, becoming the third president to be assassinated.

Legend has it that after McKinley's death, Lincoln refused all invitations to future presidential events; the New York Times wrote in its 1926 obituary for Lincoln that he said, "There is a certain fatality about presidential functions when I am present." But Emerson was unable to find any evidence in Lincoln's papers to confirm this.

In the remaining 25 years of Lincoln's life, Emerson found at least two other events in which a sitting American president was nearby and, well, didn't die: a state dinner at the White House hosted by Theodore Roosevelt in 1902, and the dedication of the Lincoln Memorial on the Mall in 1922, which then-President Warren Harding attended. The Times obituary also said President William Howard Taft visited Lincoln frequently at his summer home in Vermont, although it did not say whether any of those visits happened while Taft was president.

Many people in politics, past and present, spend their lives clamoring for proximity to power, but Robert Lincoln was stalked by it. Despite a prominent career, he eschewed publicity and never spoke publicly about his father, although privately he guarded Abraham Lincoln's legacy carefully. At least five times in his life, he was put forth by Republican Party officials as a potential presidential or vice-presidential candidate - primarily, he believed, because of his last name - and each time he flatly refused. He had no interest.

Soon after Roosevelt assumed office following McKinley's assassination, Lincoln sent him a letter of condolence, in which he wrote, "I do not congratulate you, for I have seen too much of the seamy side of the Presidential Robe to view it as an enviable garment."