74 years ago the speed of sound was broken 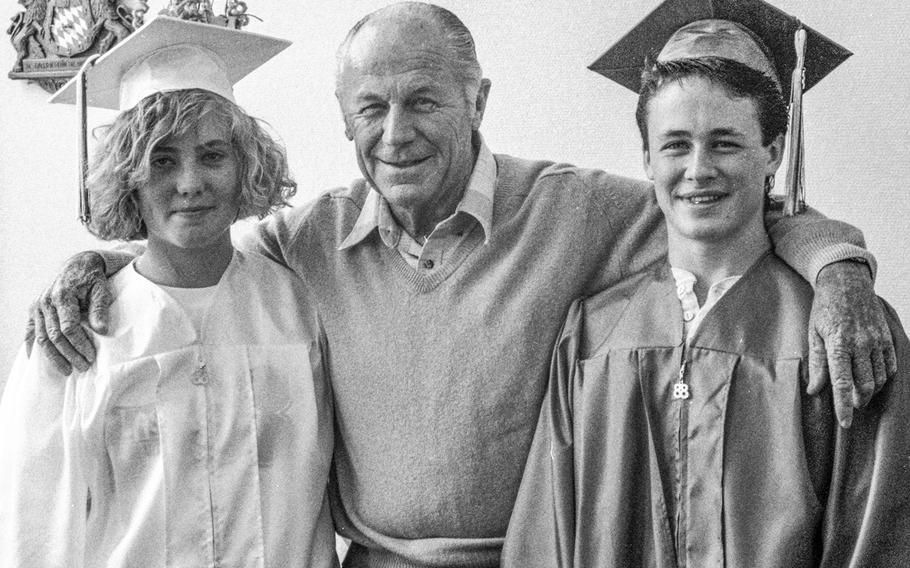 BLUEFIELD, W. Va. (Tribune News Service) — Seventy-four years ago, a native West Virginian climbed into the cockpit of a rocket-powered aircraft and proved that he had "the right stuff" by becoming the first pilot to blast past the sound barrier.

In 1968, Yeager said that he had been apprehensive about the historic flight.

"When you're fooling around with something you don't know much about, there has to be apprehension," he said then. "But you don't let that affect your job."

After breaking the sound barrier in 1947, the modest Yeager stated that he could have gone even faster if the plane had carried more fuel, adding that the ride "was nice, just like riding fast in a car."

Yeager nicknamed the rocket plane, and all his other aircraft, "Glamorous Glennis" for his first wife, who died in 1990.

The world didn't learn right away that the sound barrier had been broken. Yeager's achievement was kept top secret for about a year when the world thought the British had broken the sound barrier first. Yeager said later that making aircraft go supersonic speeds wasn't the biggest challenge back then.

"It wasn't a matter of not having airplanes that would fly at speeds like this. It was a matter of keeping them from falling apart," he recalled.

Sixty-five years later, on Oct. 14, 2012, Yeager commemorated the feat, flying in the back seat of an F-15 Eagle as it broke the sound barrier at more than 30,000 feet above California's Mojave Desert. His exploits became part of Tom Wolfe's book "The Right Stuff," and the 1983 movie it inspired.

Yeager was born Feb. 23, 1923, in Myra, a small community along the Mud River about 40 miles southwest of Charleston. The family later moved to Hamlin, the county seat. His father was an oil and gas driller and a farmer.

"What really strikes me looking over all those years is how lucky I was, how lucky, for example, to have been born in 1923 and not 1963 so that I came of age just as aviation itself was entering the modern era," Yeager recalled in a December 1985 speech at the Smithsonian Air and Space Museum.

"I was just a lucky kid who caught the right ride," he said.

Yeager enlisted in the Army Air Corps in 1941 after graduating from high school. He said later that he regretted how not going to college kept him from becoming an astronaut. He started his aviation career as an aircraft mechanic and signed up for a program that allowed enlisted men to become pilots. He signed up despite getting airsick during his first airplane ride.

Yeager became a fighter pilot and went on to shoot down 13 German planes during World War II, including five on a single mission. He was shot down over German-occupied France, but escaped capture with the help of French partisans.

After World War II, he became a test pilot at Wright-Patterson Air Force Base in Dayton, Ohio.

Yeager also commanded Air Force fighter squadrons and wings and the Aerospace Research Pilot School for military astronauts. Thanks to his career, he never had to buy his own airplane.

"I've flown 341 types of military planes in every country in the world and logged about 18,000 hours," he said in an interview in the January 2009 issue of Men's Journal. "It might sound funny, but I've never owned an airplane in my life. If you're willing to bleed, Uncle Sam will give you all the planes you want."

Yeager never forgot his West Virginia roots and his home state never forgot him. Bridges and schools across the state, and Charleston's airport, have been named after him.

"My beginnings back in West Virginia tell who I am to this day," Yeager wrote. "My accomplishments as a test pilot tell more about luck, happenstance and a person's destiny. But the guy who broke the sound barrier was the kid who swam the Mud River with a swiped watermelon or shot the head off a squirrel before going to school."

Yeager married Glennis Dickhouse of Oroville, Calif., on Feb. 26, 1945. She died in December 1990. They had four children: Donald, Michael, Sharon and Susan. He married 45-year-old Victoria Scott D'Angelo in 2003.