ATHENS, Ga. (Tribune News Service) — Al Lester touched a key on his computer and a photo appeared on the monitor of a young boy in pajamas with a happy smile on his face.

Somewhere this child — his photo taken in the late 1960s — is now a man, who might want that photo and the hundreds of other photo slides that Lester believes were shot by the boy's father.

"I would like to be able to return the slides to the child," Lester said recently at his home in Athens.

Most of the photos in a collection that Lester now owns were taken during the Vietnam War. Although he examined the photos closely, he has been unable to put a full name on this mysterious airman who was an adept photographer.

The only thing Lester can ascertain about the man from the numerous photos is that he was in the U.S. Air Force serving in Vietnam in 1968.

A friend of Lester's, Michael Joyce of Athens, had originally obtained the box of slides more than two decades ago at the Salvation Army thrift store when it was located near Prince Avenue in a building behind a Wendy's restaurant. The Kodak slides were in a footlocker that Joyce purchased.

"He gave them to me about six months ago," said Lester, who is retired from the University of Georgia.

Since that time, Lester began examining the color slides and felt a mission to return the photos to the young boy, who today if still alive would be in his 50s. The photos indicate that the man had an assignment that did not send him to the battle lines, as his pictures are scenes mostly from the cities or military airports in South Vietnam, although many do show the trappings of war.

Lester also believes a young woman in a group of photos taken in Hawaii are of the man's wife. Many show her happily posing for the pictures.

Lester only has theories about why the box of photos ended up for sale in a thrift store.

"I figure he was killed in war or got a divorce or the slides somehow got lost," Lester conjectured. However, if the photographer is alive, he would be in his 70s.

The strongest clue to the man's identity is a photo that shows him in uniform wearing a name tag that appears to read "Pitera."

But despite computer searches for that name on various military websites, Lester has been unable to find such a person that fits with the airman.

Lester made copies of the slides on his computer using a Nikon Super Coolscan 5000 Film Scanner.

"Whoever this man was, he took good pride in his photos," said Lester, who has shared some of the photos on Facebook and other sites hoping someone would recognize the man. So far, no one has.

Lester has come to believe that most likely the man was not from Athens, but possibly from the outlying counties.

There are other portraits among the photos, including one he believes are of the grandparents, and of a man whom he believes might be the man's father or father-in-law.

The Vietnam scene photos have intrigued Lester, who is an experienced photo hobbyist himself. Photos were taken in several locations, including Saigon, Bangkok, Pleiku, Da Nang and others, along with the family photos in Hawaii.

"The more I saw, the more I was amazed. He showed everyday street scenes," Lester said, while sitting at his computer studying the photos. "The more I looked, the more I wanted to find the son." 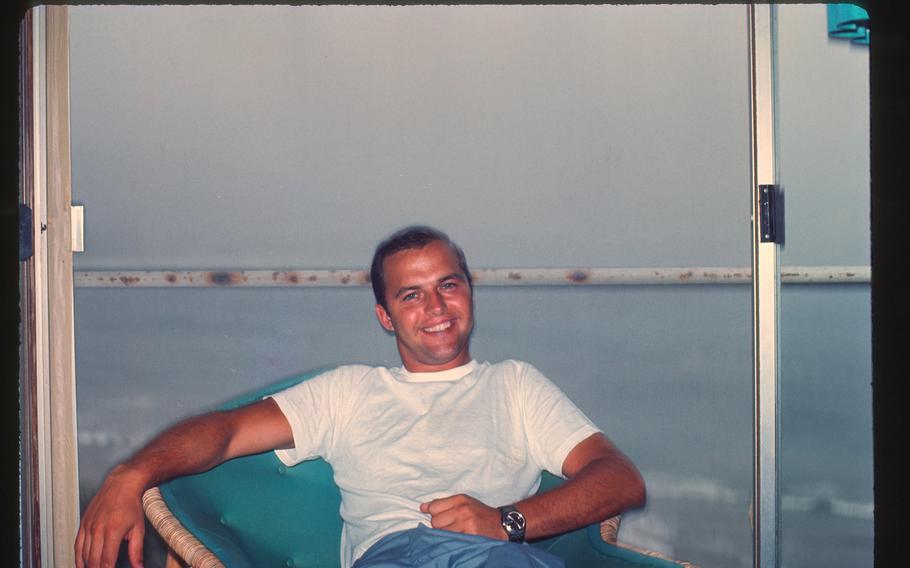