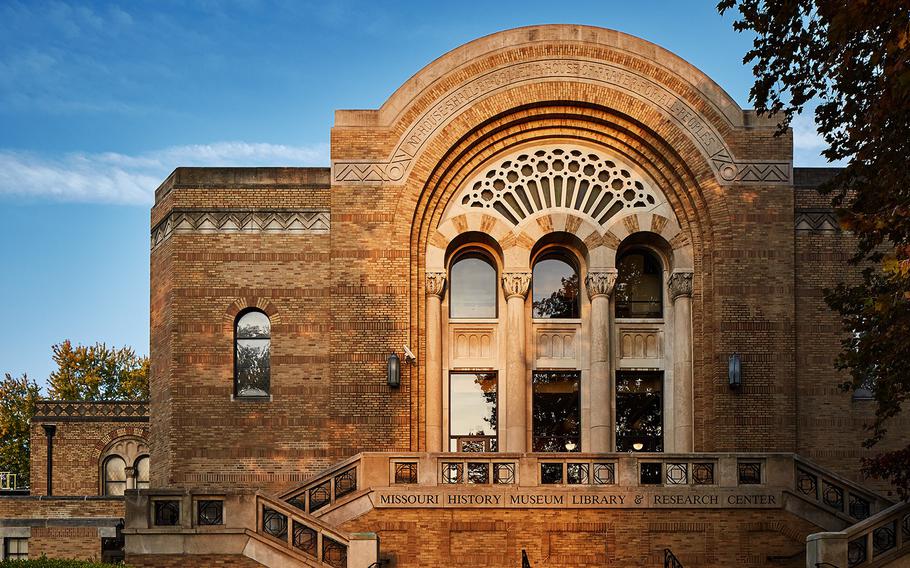 ST. LOUIS (Tribune News Service) — The political and military tensions that rocked the St. Louis area before the Louisiana Purchase are coming into sharper focus with the donation of 12 letters to the Missouri Historical Society.

Eleven of the letters are officially being accessioned Monday in a ceremony at the society's Library and Research Center. Most of these were written by the Baron de Carondelet to Charles Dehault Delassus in 1796 and 1797.

"These are the most exciting letters that we have (in our collection) about what it was like politically and militarily in this region at this time," said Molly Kodner, archivist at the Missouri Historical Society.

At the time, the massive swath of land that became the Louisiana Purchase was owned by Spain, though most of its European residents were French. Carondelet was the colony's top administrator, and his letters, written in French, were sent to Delassus, who was the last colonial lieutenant governor of what was called Upper Louisiana.

"They're also talking about potential attacks from the French and the British. They document what was a tenuous time for Spanish control in this area."

The new collection's other letter is of perhaps even more historical importance. It was written to Delassus on Nov. 12, 1803, by Gen. William Henry Harrison, the future president who at the time was governor of the Indiana Territory.

At the beginning of the three-page letter, Harrison writes that the matter of the Louisiana Purchase was before the U.S. Senate, and that the president, Thomas Jefferson, was waiting for senators to sign off on it.

Partway down the second page, Harrison notes the time, 6 p.m., and writes, "The mail has just arrived and has brought us the intelligence of the Treaty with France having been ratified by the President & Senate of the United States."

It was history happening in real time.

"The really exciting thing about the letter is that it is the first notice that people in the government of this region learned that the Louisiana Purchase had been ratified," Kodner said.

The letters have all been digitized and can be seen on the Historical Society's website. They are also available to the public at the society's Library and Research Center through Aug. 13, when the center will be closed for construction. It will reopen in early November.

All 12 of the letters in the new collection had been owned by Alonzo J. Tullock, a collector and engineer whose only connection to St. Louis was when he came to help build the McKinley Bridge.

The 11 letters being accessioned Monday were donated by the family of Robert W. Sharp, whose first wife was Tullock's granddaughter. The family made the donation because he had wanted them to go to the Historical Society, said his stepdaughter, Susan Naquin of Princeton, New Jersey.

The letter from William Henry Harrison was donated by Henry and Susan Warshaw of St. Louis. The Warshaws purchased the letter at auction about a year and a half ago with the intent of making the donation.

"It's the type of item that was so important to the state of Missouri and the country that it doesn't belong in a personal collection, it belongs to the country," Henry Warshaw said.