NJ battleship museum scrambles to save hundreds of pieces of history 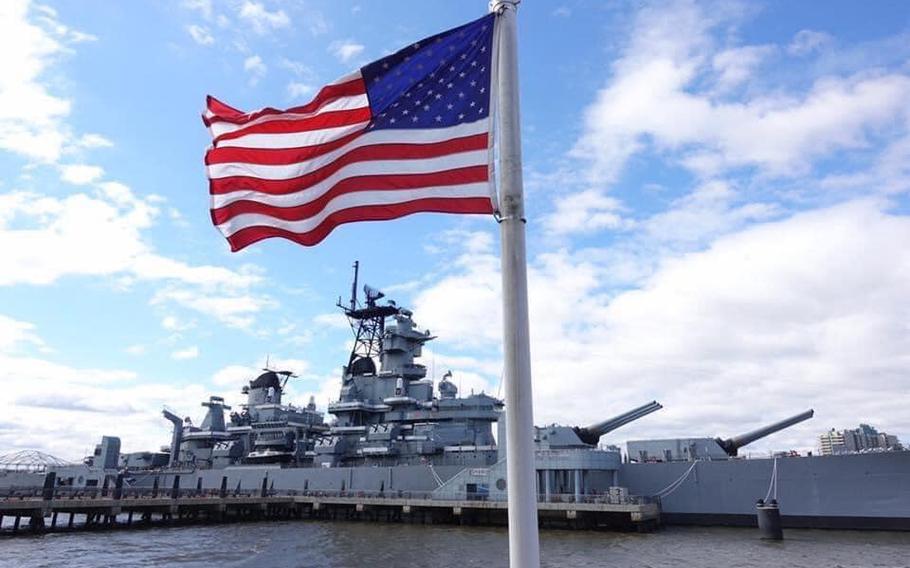 CAMDEN, N.J. (Tribune News Service) — As far back as three and a half years ago when Ryan Symanski first started as Battleship New Jersey’s museum curator, he’d heard the rumors.

Somewhere close, lost relics — mechanical parts and blueprints of the original USS New Jersey and its sister ships — had been saved.

“There were these legends that one of the ships over at the Philadelphia Navy Yard was full of boxes with old USS New Jersey parts and documents. Over the years I’ve tried to figure out if there was any truth to it,” Symanski told NJ Advance Media.

The USS New Jersey was active from 1942 to 1991 — before arriving on the Camden waterfront in 2001. For Symanski, the prospect of finding original battleship parts was important for two reasons: providing more museum offerings and helping to maintain the ship.

In early 2020 — through research and with help from other museum battleships, fellow members of the Historical Naval Ships Association — Symanski was able to obtain a partial inventory of parts stored across the river.

Specifically, he now knew historical artifacts and mechanical parts — including manuals and a World War II steam whistle — were in boxes in the cargo hold of the ex-Charleston, a former warship decommissioned in 1992 and docked less than nine miles away.

The catch: Symanski also learned the ex-Charleston is set to be scrapped between October 2021 and September 2022.

The ex-Charleston served for over 23 years and was recently designated for disposal, a Navy spokesperson confirmed. A specific date has not been arranged for the scrapping.

In December with permission from the Navy, Symanski led a small group of volunteers aboard the ex-Charleston to take some stock of what was stored there and carry off smaller items. Larger items were marked with stickers so the company contracted to do the scrapping would know what the museum hoped to save. Battleship New Jersey museum curator Ryan Symanski indicates where a gyrocompass repeater can be placed during a tour of the USS New Jersey on July 13, 2021. (Steven Rodas/nj.com) 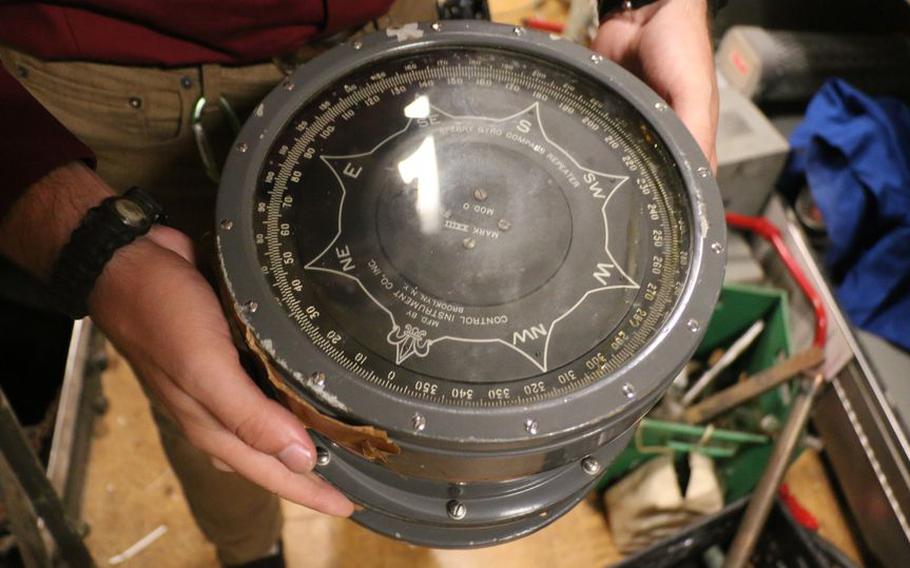 Symanski estimated that the cargo hold comprised as many as 300 boxes.

“It was a little bit like the ‘Raiders of the Lost Ark’ warehouse, in that there were these huge boxes filled with smaller boxes stacked floor to ceiling in this cargo hold,” Symanski said.

During the December trip, Symanski’s team was able to recover about $7,500 worth of spare parts, including joysticks for cooperative engagement capability consoles (which aid ships in air warfare fighting), nine boxes of manuals (of the many thousands), a variety of signal flags, a flight of ladder treads and three gyrocompass repeaters.

“Parts too big or numerous to carry out that day were tagged and photographed so we can recover them later,” Symanski said, noting that other battleship museums on site the same day took similar steps.

Some of the items tagged with stickers: bridge windows, diesel engine parts, mushroom vents, an AC coil assembly, the WWII whistle (used to command those on board for announcements) and dozens of boxes containing manuals.

Symanski, who highlighted that another trip to inventory more items will likely not be possible, said he hopes the contractor notes how close the USS New Jersey museum is located and contacts them when the scrapping begins.

“Most parts and materials that the Battleship New Jersey did not remove from the ex-Charleston are not accessible at this time and will not be accessible until the vessel has been towed to a dismantlement facility,” said Kathryn Bienfang, Naval Sea Systems Command spokeswoman.

Among the critical items the museum hopes to acquire from the ex-Charleston are HVAC parts, since the USS New Jersey ventilates its 1,100 rooms using its original ventilation system. Without the parts, the museum would have to consider significant air conditioning renovations. Many of the fan parts — which occasionally stop working — are no longer accessible on the mass market, Symanski said.

Symanski clarified that the museum was thankful the Navy had allowed them visit the ship and gather what it could.

“It costs them money every day we’re on board. They have to have staff come out with us, they have to turn on the lights on these vessels, unlock them and provide other assistance,” he said.

Still, Symanski said he’s saddened at the prospect of losing hundreds of historical artifacts — some of which the museum has not been able to take proper inventory of due to their limited window to visit the cargo hold.

“Many of our guests are former military or come from military families … so this gives them a connection. Ninety-nine percent of ships end up getting scrapped so sometimes these materials are the only way to preserve them. Odds are your grandfather’s ship is not around anymore,” he said. “The closest you can get is a ship like this. When these ships don’t have empty brackets and racks and other (elements), that connection is even more real.”