NOAA designates part of Lake Michigan as sanctuary for shipwrecks 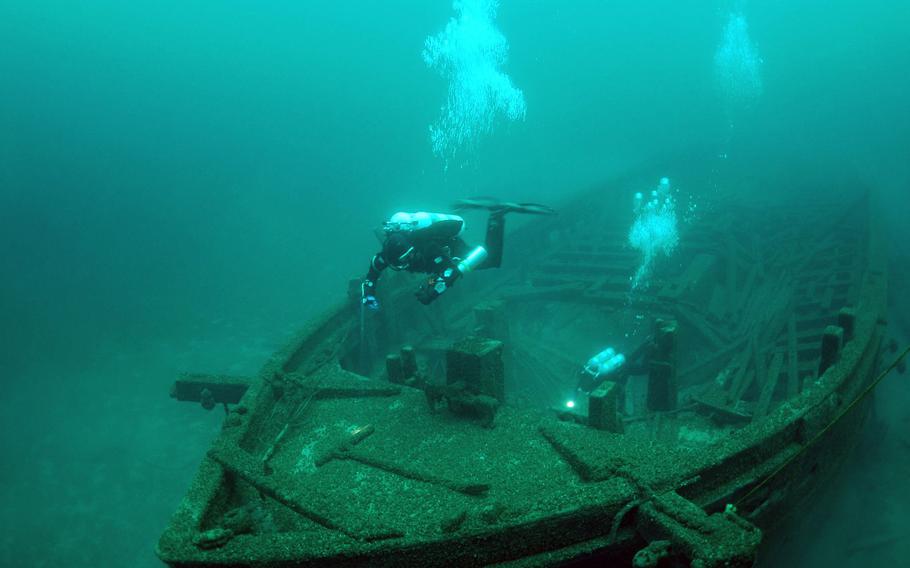 The Rouse Simmons was lost with all hands in a November gale in 1912. (Wisconsin Historical Society)

The Great Lakes hold over 80% of the United States' freshwater.

Now, 962 square miles of Wisconsin's Lake Michigan have become protected waters - and not for the reason you might think.

Although the lake provides a habitat for a diverse group of plants, fish, amphibians and other animals, it is also home to a precious archaeological trove. The waters along the Wisconsin coast are a shipwreck graveyard containing 36 known vessels, and researchers say there could be nearly 60 others still to be discovered.

The ships got there over the course of hundreds of years of travel and commerce along the lakes, and Lake Michigan's chilly, fresh water acted as the perfect preservative. While salty waters can decay sunken ship parts and corrode metal, fresh water doesn't. The very water that brought hundreds of ships to ruin in Lake Michigan served to preserve them for future generations to study. Many of the ships that wrecked along the state's coast look much like they did the day they sank.

That's heaven to underwater archaeologists, who prize the peek the lake provides into the economies and lives of yore. Wisconsin has been preserving its maritime history for over three decades, and the state will co-manage the sanctuary.

The designation prohibits people from removing or damaging sanctuary resources and grappling their boats onto shipwrecks, but it will not prevent commercial or recreational fishing as long as it does not damage the underwater cultural resources.

The designation brings the number of national maritime sanctuaries and marine national monuments to 15. According to NOAA, over 600,000 square miles of marine and Great Lakes waters are now protected under the system.