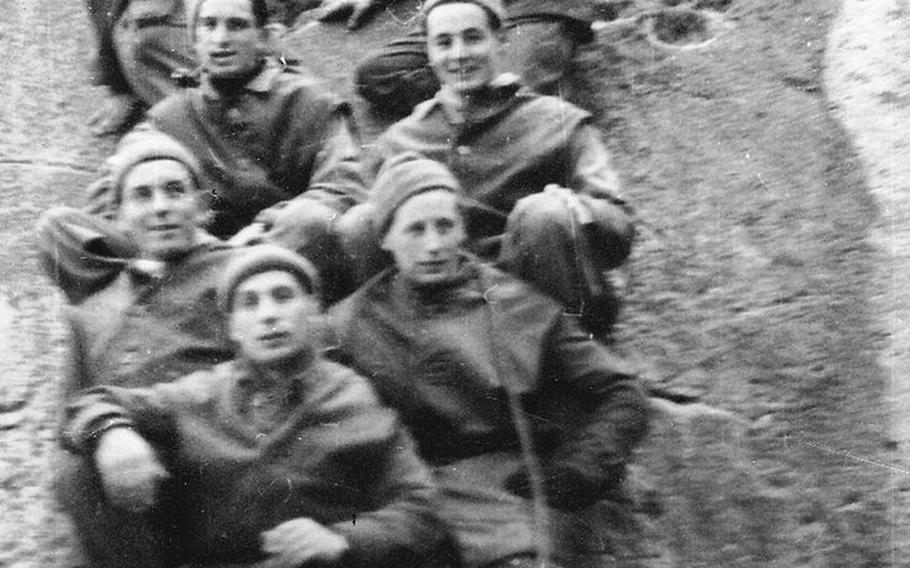 NEW YORK (Tribune News Service) — Life as they knew it was snatched away.

The Nazis took all: their families, homes, and countries. In the end, all they had left were their names. Then they gave up their birth names to be part of the fight.

Leah Garrett’s “X Troop: The Secret Jewish Commandos Who Helped Defeat the Nazis” tells of young men from Germany, Austria, and Hungary who became British commandos. There were 87 members in the squad, but Garrett wisely focuses on a handful.

In presenting the story this way, Garrett, a professor at Hunter College, introduces readers to some little-known heroes of World War II. Their daring missions are the sort that movies celebrate. Yet their lives left them little reason to celebrate and every reason to retaliate.

“They played a crucial role in the D-Day landings and killed, captured, and interrogated their way across occupied Europe all the way into the heart of the Third Reich,” Garrett writes.

Drawing from interviews with survivors, their families, and deep dives into records around the world, Garrett fills this narrative with stunning details, from what the commandos ate to the rugged terrain they crossed and what the weather was like as they rappelled down mountains. The Gans family in Israel after the war. (Gans Family)

It’s a story that becomes even more astonishing when you realize how young and, initially, untrained they were.

“This ragtag group includes a semiprofessional boxer; an Olympic water polo player; a previously Orthodox Jew obsessed with science; and painters, poets, athletes, and musicians,” he writes. “By this stage of the war, the summer of 1944, most of their relatives who weren’t able to escape have been murdered in the death camps.”

It wasn’t simply that these were young men who found themselves adrift in the world. At the time, tragically, there were many. What differentiated them were their abilities. As Garrett reminds readers, these “highly assimilated” young men were from educated families, spoke several languages, and could move easily in different situations.

They were precisely what the British needed.

X Troop was such a secret unit that only a few highly placed officials even knew of its existence. It began in the summer of 1942 when Lord Mountbatten, who had commanded Combined Operations, “made a bold suggestion” to Churchill.

“They should create a new special unit of commandos, different from anything used before,” Garrett recounts Mountbatten’s pitch to the prime minister. “Rather than coming from the ranks of the army or navy, No. 10 (Inter-Allied) Commando would be comprised of soldiers made up of displaced nationals such as Poles, Norwegians and Frenchmen.”

Each unit had a distinct uniform, though all wore the famed green beret. Among these units was X Troop.

These soldiers spoke a couple of languages, including German with the perfection of a German – which so many were, despite their country turning on them. That fluency allowed them to work fast on the battlefield. They didn’t need interpreters.

First, though, they needed to become elite soldiers. It started by taking new, Anglicized names. No one knew about their new identities. And they did not know how they would ever find their families – should anyone survive.

Garrett explains how their risk was fourfold: “as Allied commandos, whom Hitler had ordered shot on sight; as refugees from Europe, who still had family who could be killed by the Gestapo; as Jews, who themselves were the targets of state-sanctioned murder; and as German or Austrian nationals, who would be considered traitors for taking up arms against their homeland.”

And yet, they were eager to do so. The men had survived until now because they escaped. In some cases, parents packed them off on Kindertransport. Others stayed with their families and spent years staying a few steps ahead of the Nazis. Now it was time to stop running and return home to fight. Many had wanted to all along. Manfred Gans, who used the name Fred Gray when he was in X Troop, was always brave. The son of a rich man in Borken, Germany, a “picturesque, medieval town” near the Netherlands border, Gans’ courage was clear at his April 1935 Bar Mitzvah.

During the sort of speech that is rarely controversial, Gans said: “The Nazis are calling us the enemy. To them we are vermin, less than human, cheaters and swindlers. They are accusing us of all possible evil. What they don’t understand is that our religion, our Torah, does not allow this. … The Nazis are completely wrong about this.”

Remarkable as it is to have a copy of a Bar Mitzvah speech this old, Garrett even reports Gans’ parents’ reaction – “a mixture of horror and resignation.”

As life became untenable for German Jews, Gans’ parents sent him and his brother to England. Initially, he was excited about living abroad and where they all thought he would be safe. Two years later, he was arrested and taken to a British internment camp. He packed a suitcase filled with engineering textbooks.

There he joined other young men who, classified as aliens, were prohibited from fighting for the Allies. Still, they were more than willing and able to fight; they longed to.

In 1940 the British government sent thousands of German internees to Australia. Conditions were dreadful as the ship was overloaded with refugees. The sadistic commander preyed on the Jews. When the ship finally arrived, an Australian physician summoned on board was so horrified by conditions that his report led to the ship commander’s court-martial.

Still, the young men were transferred about and did whatever physical labor they were assigned. It was all for the war effort. These men who would become heroes were not the sort to sit idle. But their lives assumed purpose and drive when they became X Troop.

Their commanding officer, Major Brian Hilton-Jones, inspired loyalty and went through grueling exercises with them. They needed to be whipped into shape quickly. This included a 53-mile run, lugging equipment up and down the cliffs of Wales. They swam in freezing waters, rappelled down cliffs, and helped one another, becoming a true unit.

They learned how to parachute behind enemy lines, maneuver a fieldcraft onto the banks of a loch and how to care for and fire guns. Many became excellent shots. They pushed themselves beyond endurance.

“Many of them were still grappling with the trauma of being required to negate their identities at the same time the Nazis were wiping out their families,” Garrett writes,

Finally, they were in the war the way they wanted to be: as commandos fighting to restore civilization.

When they captured Germans, they immediately interrogated them, gleaned the information needed, and kept going. Yes, they killed Nazis, and some said absolutely without regret. They also talked to many and led them, safely, to surrender.

X Troop was among those who stormed the Normandy beaches on D-Day. And they kept going as bullets flew past them.

As the war dragged on, Gans persuaded an officer to let him take a beat-up Jeep which he used to drive through occupied Europe and find his parents in Theresienstadt concentration camp.

He had to leave them there — temporarily. Soon, the war finally ended, and part of that victory was because of the heroes of X Troop.