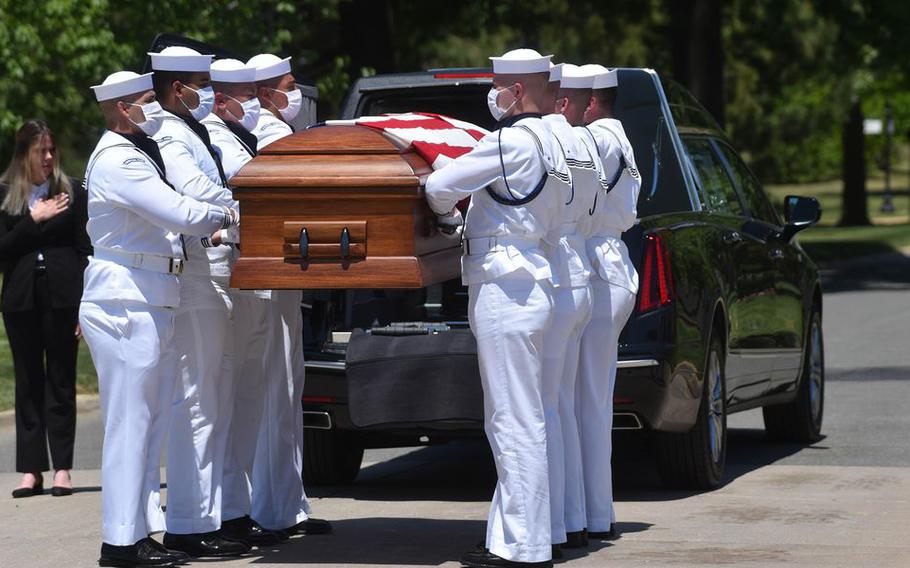 Griffith, 20, is a Daytonian who was killed during World War II. No longer unknown, he was laid to rest at Arlington National Cemetery on Friday, the Defense POW/MIA Accounting Agency said.

On Dec. 7, 1941 — the day of the surprise attack against American naval forces at Pearl Harbor, Hawaii -Griffith was assigned to the battleship USS Oklahoma, which was moored at Ford Island at Pearl Harbor, the agency said.

The Oklahoma sustained multiple torpedo hits, which caused the ship to capsize. The attack on the ship resulted in the deaths of 429 crewmen, including Griffith. 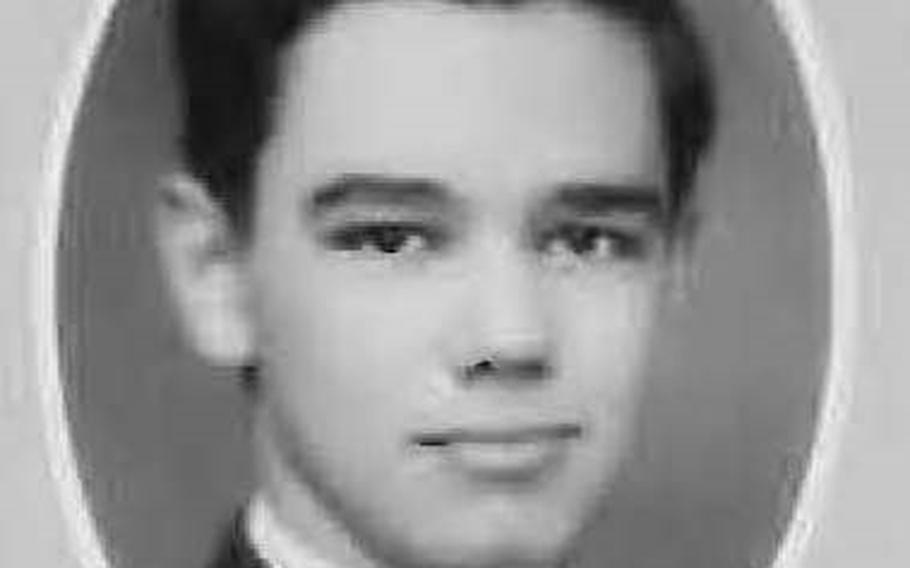 Over the next two-and-a-half years, Navy personnel recovered the remains of the deceased crew, which were then interred in the Halawa and Nu'uanu cemeteries in Hawaii.

In September 1947, the American Graves Registration Service entered the story.

Tasked with recovering and identifying fallen U.S. personnel in the Pacific Theater, members of the service disinterred the remains of U.S. casualties from the two cemeteries and transferred them to the Central Identification Laboratory at Schofield Barracks, in Oahu, Hawaii.

The laboratory staff confirmed the identifications of 35 men from the Oklahoma at that time. The service then buried the unidentified remains in 46 plots at the National Memorial Cemetery of the Pacific in Honolulu.

In late 1949, a military board classified those who could not be identified as "non-recoverable," a classification that for a time included Griffith.

But then, 66 years later, between June and November 2015, Defense POW/MIA Accounting Agency personnel exhumed the remaining unknowns from the Hawaii cemetery for further analysis.

Griffith was buried Friday at Arlington National Cemetery in Arlington, Va., the agency noted in a Facebook post.

"Welcome home Radioman 3rd Class Griffith. You are not forgotten," said one Facebook user, Phyllis Springfield. "Thank you DPAA for continuing to bring home our heroes."

A Navy office coordinated the collection of DNA, which was sent to an laboratory for safekeeping in a database.

The work is painstaking. Everette said that even if the service is able to extract DNA from recovered soldiers and sailors, it still must have DNA reference samples on file for comparison.

One factor that sets this case apart is the time that has elapsed since Griffith's death, Everette said. "His sister is still alive, and she attended his funeral on Friday."

Betty Jo Price, 87, Griffith's sister, was 7 when her brother perished in the Pearl Harbor attack. She lives today in Ashland, Kentucky.

"I remembered him from a child's eyes," Price told the Dayton Daily News on Monday. "He was a wonderful person to be around."

Her brother's full name was Thomas Edward Griffith. The family called him "Eddie."

Price had three brothers who fought in World War II. After Eddie Griffith was killed, two other brothers joined the Army, she said. Both came home after the war.

She has indistinct memories of the time around Pearl Harbor, recalling only that it was a difficult time for her family.

"It was very much appreciated, everything that they've done," Price said. "The people were so nice, and I got answers to a lot of things. And it does give me some closure."

"They're all pretty amazing," Everette said of the work that leads to resolutions in these matters.