During the Battle of Hue in February, 1968, 18-year-old U.S. Marine Pfc. A.B. Grantham of Mobile, Ala., was shot in the chest by a North Vietnamese soldier.

"I was looking right down the barrel of the gun," Grantham recalled. 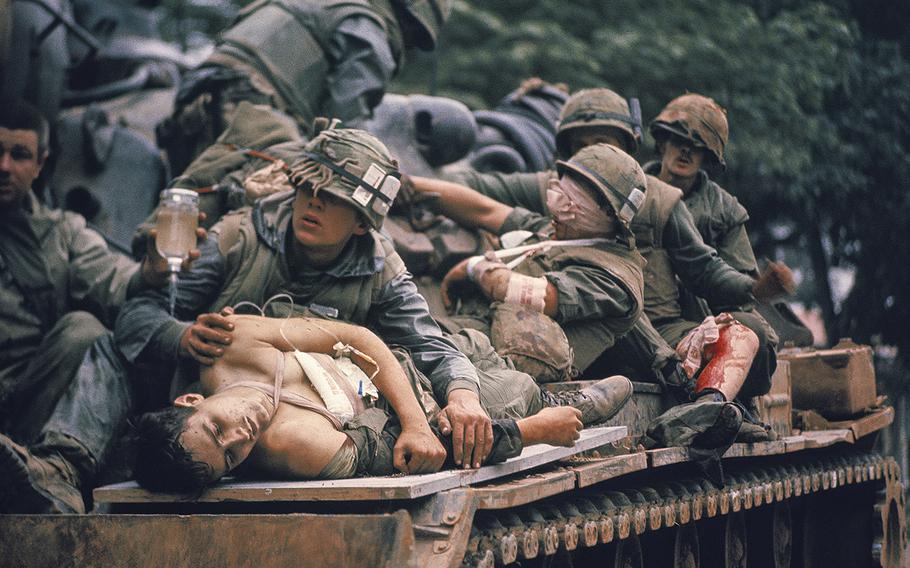 A.B. Grantham, foreground, and other wounded U.S. Marines are evacuated on a tank at Hue, South Vietnam, during the Tet offensive in February 1968. (John Olson/Stars and Stripes)

As Grantham and other Marines were evacuated on a tank, Stars and Stripes photographer John Olson captured an image that was later published in Life magazine as part of a photo spread on the Tet Offensive.

In 2018, during the opening of an exhibit of Olson's photos of the war at the Newseum in Washington, D.C., Olson, Grantham and several of veterans of the Hue battle visited Stars and Stripes. In this video, Grantham tells his story. 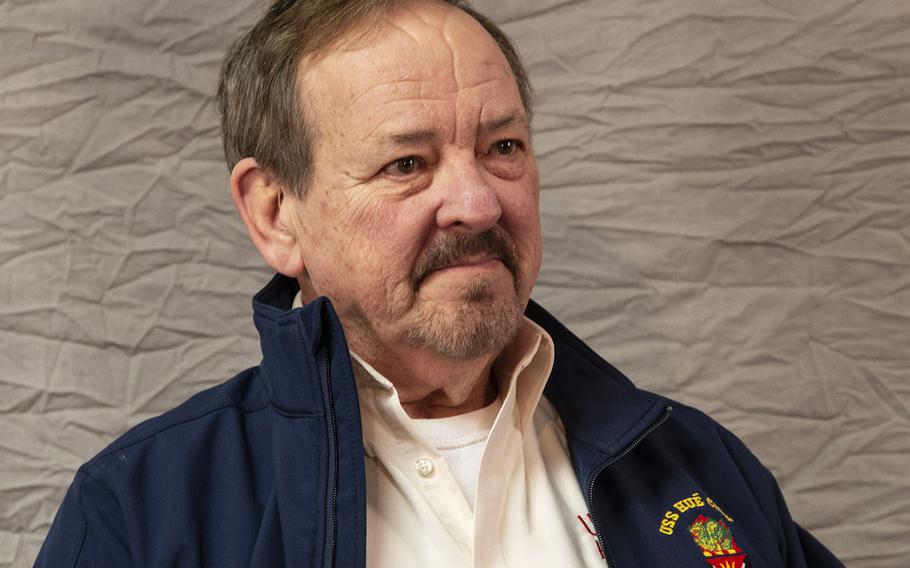