WASHINGTON — House Republicans plan to convene a hearing on Feb. 1 to probe waste, fraud and abuse in the government's roughly $5 trillion in coronavirus aid, as they seek to uncover how much theft targeted the nation's unemployment insurance program.

The hearing marks the first such gathering of the House Oversight and Accountability Committee under its new chairman, Rep. James Comer (R-Ky.), who stressed in a statement that his panel intends to focus in part this year on exploring "hundreds of billions of dollars in spending under the guise of pandemic relief."

At the height of the public health crisis, Democrats and Republicans enhanced federal jobless aid and expanded eligibility, helping millions of Americans who were unexpectedly thrust out of work overnight. But the government's generosity — and long-known gaps in the nation's unemployment insurance system — opened the door for as much as $163 billion in fraudulent or mistaken payments, The Washington Post found in its year-long investigation, the COVID Money Trail.

In response, Comer this week sent a battery of letters to the Labor Department, which oversees the aid program, as well as to its top watchdogs, to understand the extent of the misspending. He also pressed California, New York and Pennsylvania to turn over records related to their administration of federal unemployment benefits, citing cases where states paid out benefits to suspected criminals — including those who allegedly applied in the names of incarcerated individuals.

And the chairman invited a trio of federal officials, including Michael Horowitz, the chair of the Pandemic Response Accountability Committee, to testify at the Feb. 1 gathering, which appears set to focus more broadly on the fuller array of $5 trillion in federal COVID support.

"For the past two years, the Biden Administration has allowed fraud to run rampant in federal assistance programs and Democrats in Congress conducted little oversight. That changes with our House Republican majority," Comer said in a statement.

The hearing marks the first of many attempts to take aim at the Biden administration, as the new House Republican majority looks to wield its power — and subject the White House to uncomfortable political probes.

Earlier this week, Comer's panel opened an investigation into Biden and his family, and he requested that top officials from Twitter testify over their handling of a New York Post story from October 2020 about the president's son. House Republicans also chartered a COVID-focused subcommittee under Comer's watch to conduct other pandemic inquiries — including hearings on the origin of the virus, the development of vaccines and other issues raised by party lawmakers in recent years.

With coronavirus aid, though, the problems predate Biden's presidency.

Lawmakers approved the first bipartisan relief package in March 2020 under President Donald Trump, a tranche of money that permitted out-of-work Americans to collect an extra $600 each week in benefits. That law, known as the Cares Act, also expanded the program for the first time to allow gig economy workers to obtain weekly financial support.

The two initiatives helped save an economy facing the worst crisis since the Great Depression — but they initially proved difficult to implement. Some states took weeks to adapt to the new federal rules, process a crushing wave of applications and pay out benefits, as they confronted years of underfunding and aging computer systems running on roughly half-century-old code.

The gaps opened the door for fraudsters to lay siege to federal aid, collecting checks at times in the names of real Americans whose identities were stolen, The Post later found. By the time Biden took office, much of the damage already had been done, leaving it to the Labor Department, its inspector general and other state and federal law enforcement agencies to try to find and recover the money.

But that effort has proved slow, costly and, at times, riddled by bureaucratic hurdles. The top watchdog for the program repeatedly has clamored for federal funding that Congress long has refused to provide, even as the office wades through roughly 170,000 open investigations, The Post previously reported.

Taking aim at states, Comer's letters struck a sharp tone: The three that received information requests are run by Democrats, even though a wide array of states, including Florida and others, saw benefits disrupted and stolen at the height of the pandemic.

"Despite the unexpected and unprecedented nature of the coronavirus pandemic, California's problems cannot be blamed on COVID alone," Comer wrote, blasting state Gov. Gavin Newsom (D) for trying to "deflect by blaming the federal government." 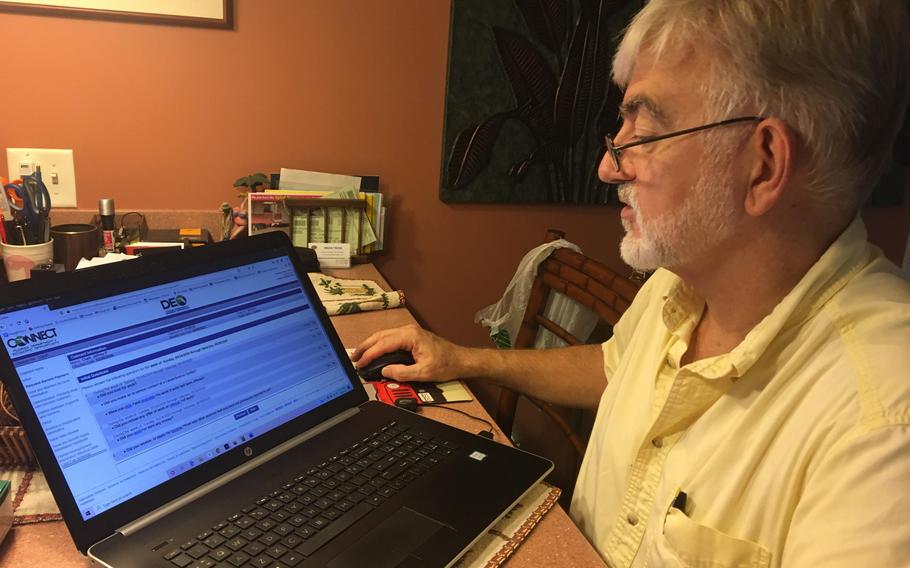 Jeff Clark stares into the abyss of Florida’s unemployment reclaim system from the kitchen counter of his Safety Harbor, Fla., home. House Republicans plan to convene a hearing on Feb. 1 to probe waste, fraud and abuse in the government’s roughly $5 trillion in coronavirus aid, as they seek to uncover how much theft targeted the nation’s unemployment insurance program. (Elizabeth Djinis, Tampa Bay Times/TNS)