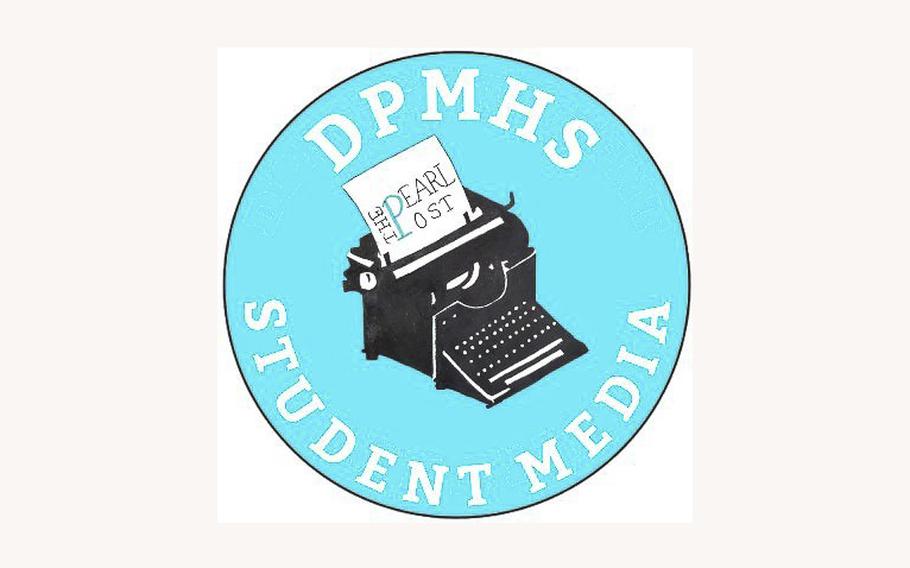 An advisor for the Daniel Pearl Magnet High School student-run Pearl Post news website is facing suspension for not removing from a story the name of a teacher who was fired because of her vaccination status, which some argue should be protected information under the Health Insurance Portability and Accountability Act, or HIPAA. (Twitter)

The piece from the Pearl Post — an award-winning student publication at a school named after a slain U.S. journalist — was well-reported, accurate and important to the school community, the students and 1st Amendment experts said. But it has led to a battle over censorship as the Los Angeles Unified School District seeks to take disciplinary action against the students' journalism adviser.

"In LAUSD, about 240 teachers opted out of getting the vaccine, which led to them not showing up to school on Oct. 18," the Post reported. "Among them was teacher-librarian Greta Enszer from Daniel Pearl Magnet High School."

The absence left the school's library closed until a replacement could be found.

In December, Enszer asked Post advisor Adriana Chavira, a former journalist, to remove her name from the story, citing the Health Insurance Portability and Accountability Act, or HIPAA, which prevents medical professionals from revealing patients' records without their consent.

The students, who control the editorial content of the Post, reached out to the Student Press Law Center and were told by an attorney that they were within their rights to keep Enszer's name in the story; it was newsworthy, accurate and timely. The Post's staff, who said nobody from the district gave them names of unvaccinated employees, told Enszer they would not be removing her name.

In the months that followed, Chavira, who has taught at Pearl Magnet High for 14 years, steadfastly refused to remove Enszer's name from the article. Last week, she was issued a three-day, unpaid suspension.

"It's definitely frustrating and disappointing," Chavira, who is appealing the suspension, said Tuesday, her voice shaking. "I love journalism. I like the work I do. I love the school. I mean, I could not imagine working out anywhere else."

Pearl Post editor-in-chief Delilah Brumer said Chavira informed her students of the situation, and they knew she could be suspended if they refused to change the story.

"We had to make the decision whether to leave [the name] up or not," said Brumer, a senior.

But the reporting was accurate, newsworthy and important, Brumer said, and the story remains unchanged.

"We're not going to let them intimidate us," Brumer said, although she added that the situation has been "mentally draining."

In an email sent in February, Principal Armen Petrossian "directed" Chavira to remove "any confidential information identifying DPMHS's former librarian," adding that failure to do so could lead to disciplinary action.

In March, the district sent Chavira a letter indicating that a HIPAA complaint filed against her by the librarian was investigated and "could not be sustained."

But at a meeting between Petrossian and Chavira in April, attended by a district staffer and a union representative, the principal again alleged that Chavira had disclosed confidential employee information.

Chavira said a United Teachers Los Angeles representative warned her that management could find her in insubordination if she did not remove Enszer's name.

"I said I'm not removing anything," Chavira said. "Obviously, that was not well received."

She has not shown any interest in changing her position.

"The district seems determined to suspend me," Chavira said. "I could come back after those three days and if the information is still on the website, they could move to fire me."

An L.A. Unified spokesperson said in a statement that district officials were "unable to address ongoing personnel matters" but "will continue to support our students and their journalistic endeavors at Daniel Pearl Magnet High School while also respecting the concerns of our school community." The district declined to answer further questions.

On Tuesday, the Pearl Post published a news story about Chavira's suspension as well as an editorial headlined, "They don't respect us as student journalists."

"In California, student journalists are granted much of the same rights as professional journalists, per California Ed Code 48907," the Post wrote in its editorial. "These rights mean that the district has no authority to retaliate against our adviser or to censor the content we cover."

That portion of the California Education Code provides some of the strongest protections in the U.S. for student journalists and their advisers against administrative censorship.

"Pupils of the public schools, including charter schools, shall have the right to exercise freedom of speech and of the press ... whether or not the publications or other means of expression are supported financially by the school or by use of school facilities," reads the section.

"The law is clear. The law gives the students the ability to make their own editorial decisions," said Hadar Harris, executive director of the Student Press Law Center. "Nothing that they put in that story was unlawful or would go outside the scope of limitations of good journalism.

"The irony of this happening to a journalism adviser at the Daniel Pearl Magnet High School, where the mission of the school is to promote student free expression and journalism, is mind-boggling," Harris said.

The Pearl Post was namednamed best high school newspaper by the Los Angeles Press Club in 2019, and the school bears the name of Daniel Pearl, who was kidnapped and killed by al-Qaida extremists while reporting for the Wall Street Journal in Pakistan in 2002.

The irony of the situation is not lost on Chavira either.

"The whole focus of the school is to teach journalism and communications to students," she said. "The administration is not supporting the student press. They need to be at a different location because it's not the school for them."