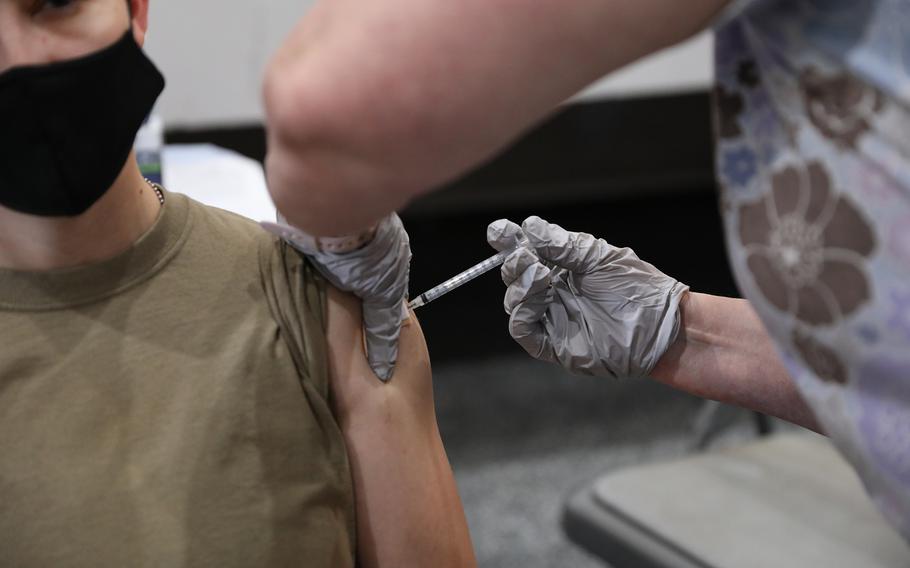 The Biden administration is preparing to launch a coronavirus booster campaign in September - weeks earlier than expected - with a new, reformulated vaccine designed to provide stronger protection against the omicron subvariants sweeping the country, the Food and Drug Administration said Friday.

At the same time, the FDA has decided against making adults younger than 50 eligible for second boosters of the existing vaccine, the agency added. The issue has been debated within the administration for weeks, with some officials pushing for broader use of the current shots and others arguing for a focus on the fall campaign.

Currently, only Americans 50 and older and individuals at least 12 years old with impaired immune systems are eligible for second boosters.

The FDA, in announcing its fall strategy, said it had received assurances from the vaccine manufacturers - Moderna and Pfizer and its German partner, BioNTech - that reformulated boosters will be ready in September. Those boosters will contain components from the omicron subvariants BA.4 and BA.5 as well as the original formula, which was based on the version of the virus that spread globally in early 2020. The hope is that the bivalent shots will be more effective against a rapidly evolving virus and shield Americans from a potential fall and winter surge.

The FDA continued to call for people younger than 50 to get a single booster shot, and for older Americans and people with compromised immune systems to receive two. Because covid cases are increasing, it urged people to get boosters as soon as they are eligible, even as the agency prepares to launch the fall vaccination drive. They said people who get boosters now still will be eligible to get the reformulated vaccine later.

The announcement Friday ended strenuous debate among the administration’s top health officials. Ashish Jha, the White House coronavirus coordinator, and Anthony Fauci, the White House chief medical adviser, favored making second boosters broadly available this summer. But they said it was the FDA’s decision, and Peter Marks, the top agency vaccine official, had qualms. The White House referred questions about the modified boosters to the FDA.

Outside experts have differing views, too. Some doctors praised the FDA’s focus on the fall vaccine; if the government expanded eligibility for the current booster now, and then quickly introduced an updated vaccine, the result could be rampant confusion, they said. Also, they worried that the effectiveness of a new vaccine could be undercut if it were given too soon after a booster dose of the original formula. Others disagreed, saying millions of younger adults need stronger protection now, as their immunity wanes amid a summer wave of cases.

“I think it is probably the best strategic step to go for a new vaccine and do it sooner rather than later,” said Jeanne Marrazzo, director of the division of infectious diseases at the University of Alabama at Birmingham.

“It’s always about risk vs. benefit,” Marrazzo said, noting there have been rare instances of complications such as heart inflammation in young men who receive the mRNA vaccines. “Is the benefit of giving them another booster worth it? More is not always better.”

But Robert Wachter, chair of the department of medicine at the University of California at San Francisco, disagreed. For many younger adults, he said, vaccine-induced immunity is waning when there is “a huge amount of virus around.” Individuals should be given the option of getting a second booster now - even if it means they have to put off getting the updated shot for a few months.

While the new vaccine will be more effective than the current one, “I don’t expect it to be night and day better,” Wachter said. “If I were 45 today and I had a choice of getting the existing vaccine by going to my pharmacy today or waiting for the new vaccine, I would probably get it today.”

As part of the effort to launch a fall booster campaign, the Department of Health and Human Services said Friday the government has agreed to buy 66 million doses of Moderna’s new bivalent booster. Moderna said it will be paid up to $1.74 billion.

The agreements with Moderna and Pfizer will make 171 million bivalent vaccine booster doses available for the fall and beyond - not enough for all Americans, the department said. The contracts include options for hundreds of millions more doses, but those options can’t be exercised unless the government gets additional covid funding from Congress, HHS added.

The administration and congressional Republicans have been at odds on covid funding for months. In June, after the administration shifted $10 billion from other programs to pay for treatments and vaccines, Sen. Mitt Romney, R-Utah, accused the White House of giving him “patently false” information about the money left for the coronavirus response effort, a charge the administration denies.