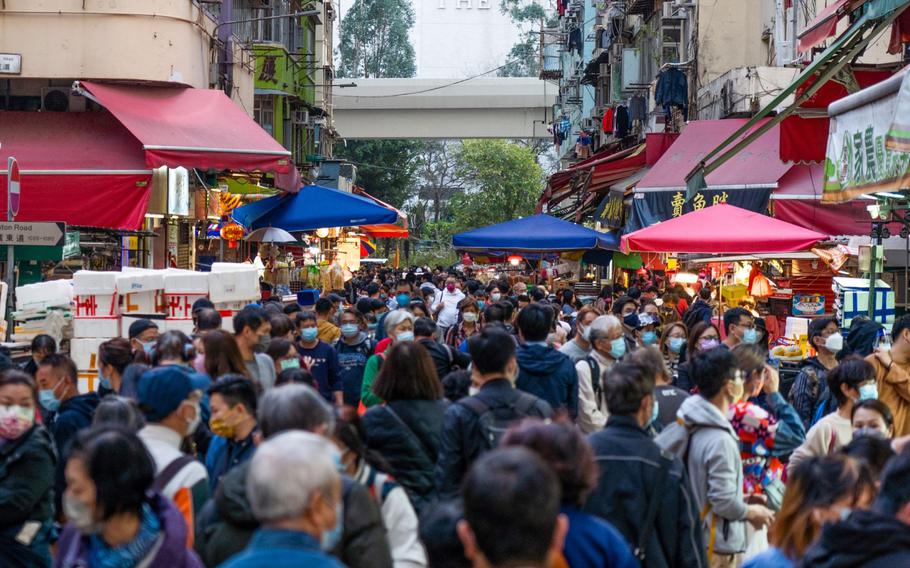 Lo Chung-mau, approved by Beijing over the weekend as part of new Chief Executive John Lee's Cabinet, made headlines in February saying that Hong Kong needed to maintain COVID Zero because living with the virus would "get us all killed." At the time, he said the US and Europe were only easing restrictions because they failed to control COVID-19.

Lo appeared to soften his tone in his first meeting with the press on Sunday, saying that not all of the mainland's COVID-19 policies would be right for Hong Kong. He pledged to carry out "evidence-based covid policies" so that Hong Kong can reconnect both to the international community and to mainland China, repeating a line frequently uttered by other city officials.

Lo, 61, will be a key figure in determining whether Hong Kong finally shifts away from the hardline COVID policies that have left the one-time financial hub cut off from the world even as main rival Singapore fully opens up. Besides a seven-day quarantine for travelers, the city still forces some mildly infected cases and close contacts into spartan isolation camps, while issuing near-daily compulsory testing notices to thousands of people.

The COVID situation in Hong Kong isn't likely to make it easy on the incoming chief executive, who takes over on July 1 and hasn't indicated if he'll shift policy.

Outgoing Chief Executive Carrie Lam over the weekend said Hong Kong's tough border-control measures "are not tenable," the South China Morning Post reported. It cited her as saying the business community was losing patience and a decision on whether to relax the policy must be taken soon.

In response, Hong Kong has marginally tightened curbs, last week requiring patrons to show a negative rapid test result within the past 24 hours before entering bars and clubs. It's also taking a strict approach to omicron subvariants including BA.2.12.1, sending confirmed cases and close contacts to centralized quarantine even if their dwellings are suitable for home isolation. The moves have been criticized by the international business community.

Lo, the incoming health chief, previously headed the University of Hong Kong-Shenzhen Hospital. The Macau-born surgeon has more than 30 years clinical experience in Hong Kong and mainland China's healthcare systems, and is considered an expert in liver transplants.

During his press briefing Sunday, he didn't rule out stricter measures pushed by the mainland, including a compulsory universal testing campaign. During the height of Hong Kong's omicron outbreak earlier this year, the surgeon said that compulsory universal testing was necessary and the city needed to prepare sufficient isolation facilities and manpower for the exercise, local media reported.

"The central authority has recently said that mass testing is very important, but doing such large testing needs to be at the right time," Lo told reporters on Sunday. "As to when Hong Kong will carry out compulsory universal testing, I believe it will be based on a government cross-agency policy assessment."

Lo said his two other main priorities included a push for Hong Kong to play a leading role in medical innovation through better integration with the Greater Bay Area, and to optimize the healthcare system so the public can access good doctors.

Lo replaces Sophia Chan, a public health official who had consulted for the World Health Organization and worked in the Food and Health Bureau since at least 2012. She became health secretary in 2017.

Lo's appointment indicates that Hong Kong could "close the door to the outside world more easily" if the COVID situation worsens, according to Sonny Lo Shiu-hing, who has written books on Hong Kong's politics. Still, he added, the COVID policy would be a collective decision by Lee and his cabinet.