By working from home and being cautious over the last two years, Michelle Green has managed to avoid contracting the coronavirus. (Carolyn Van Houten/The Washington Post)

When her partner tested positive for the coronavirus two days before Christmas, Michelle Green worried she, too, would become ill. She was two months pregnant with their second child. He was a bartender at the time, and some of his co-workers were infected with the virus.

"I told him to get in the guest bedroom and don't leave," said Green, a 40-year-old project manager at a retail technology start-up in the District of Columbia. The couple, who were both vaccinated, and their toddler postponed their Christmas celebration. Somehow, Green never tested positive.

Scientists around the world are investigating how a dwindling number of people such as Green have managed to dodge the coronavirus for more than two years, even after the highly transmissible omicron variant drove a record-shattering surge in cases this winter.

A majority of Americans have contracted the novel coronavirus since it began to spread in the United States in early 2020, according to the Centers for Disease Control and Prevention.

Experts hope that studying people who have avoided infection may offer clues — perhaps hidden in their genes — that could prevent others from being infected or more effectively treat those who contract the virus.

"What we are looking for is potentially very rare genetic variants with a very big impact on the individual," said András Spaan, a clinical microbiologist and fellow at the Rockefeller University in New York who is spearheading a search for genetic material responsible for coronavirus resistance.

Spaan said the international study has already enrolled 700 participants and is screening more than 5,000 people who have come forward as potentially immune to coronavirus infection.

One of the study participants is 49-year-old Bevin Strickland, a nurse anesthetist from Highpoint, N.C. who volunteered in a Queens hospital for six weeks beginning April 2020, just as that pocket of New York City became the epicenter of the pandemic.

"By the second day, I didn't even care about getting covid because the patients were just heartbreaking," said Strickland, who often worked without a mask to better connect with confused patients.

Most of the worst cases were seniors who had been living in nursing homes. Some didn't speak English. Many were disoriented from not getting enough oxygen as they struggled to breathe. 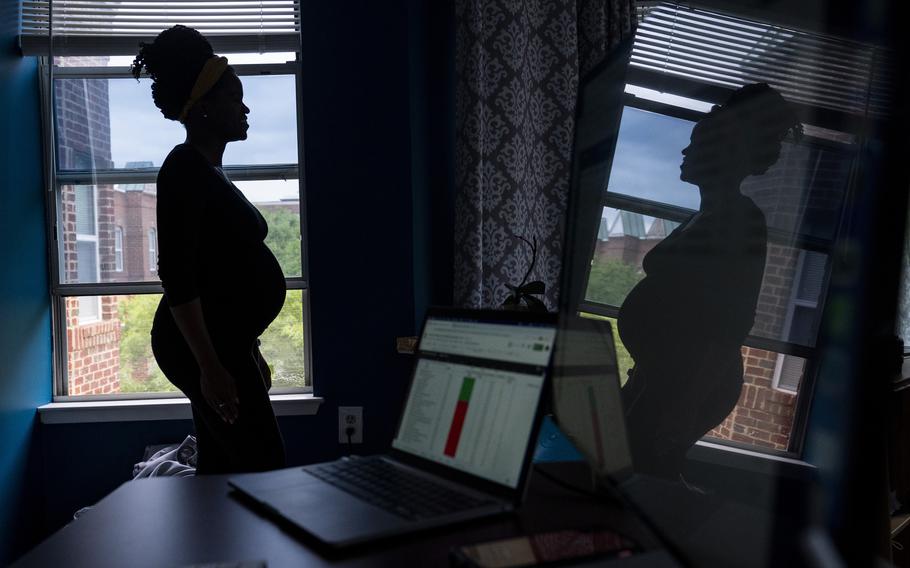 Michelle Green, who is pregnant with her second child, has avoided contracting the coronavirus. (Carolyn Van Houten/The Washington Post)

"I was taking off my mask all the time just so they could see my face," Strickland said. "That would help us get [an oxygen] mask on them and help us treat them."

Strickland was tested weekly for coronavirus. She never tested positive. When her volunteer stint ended, she also took an antibody test that showed no evidence of a prior infection.

Neither of Strickland's parents have had the virus, nor has her twin sister who works as a primary care doctor. When both she and one of her twin sons managed to evade illness even after her other son endured a covid infection inside their 1,200-square-foot house, Strickland began to suspect she may have a natural immunity to the virus. So she sought out the scientific study looking at the genetic makeup of people like her who never contracted the coronavirus despite repeated exposures.

"I really do feel hopeful that they're going to see some kind of similarity, some kind of gene in our DNA," Strickland said.

Studying the genes and other biological traits of people who never catch the coronavirus could shed light on how the virus develops, or how it infects the human body and makes people sick, said Jennifer Nuzzo, a professor of epidemiology at the Brown University School of Public Health. The findings could lead to better drugs and more targeted public health advice.

Scientists don't know why some people might be impervious to the coronavirus, but Nuzzo said one hypothesis could be that some individuals have fewer receptors in their noses, throats and lungs for the virus to bind to. Other possible explanations could be prior exposure to a related virus or simply being born with an immune system better suited to fighting SARS-CoV-2.

But finding individuals who have truly never had a coronavirus infection — not just those who had an asymptomatic infection or less severe case of covid-19 and did not know they had contracted the virus — is tricky.

"Those people should be exceedingly rare in the United States at this point," said Christopher Murray, director of the Institute for Health Metrics and Evaluation at the University of Washington and who helps develop models that estimate how far the virus has spread.

IHME models suggest that the number of people who have had the coronavirus in the United States may be even higher than recent CDC estimates based on blood tests, Murray said. The CDC said nearly 6 in 10 Americans have had the virus at least once; IHME estimates that total is closer to 76 percent of U.S. residents.

Antibody tests can rule out people who have an immune response to the virus, but some of those tests cannot distinguish between people who have antibodies because of vaccines and those who have had the coronavirus, Murray said. The accuracy of many antibody tests wanes over time, so they may not identify someone who had been infected months ago, he added.

"It's an elusive target," Murray said.

Once researchers find people who avoided coronavirus infection, the next challenge is determining how they did so.

Because masks, vaccines and social distancing can significantly reduce transmission, those factors may eclipse any biological differences between people who have not been infected and those who have tested positive.

James McClellan is among the fortunate to have evaded the coronavirus so far. 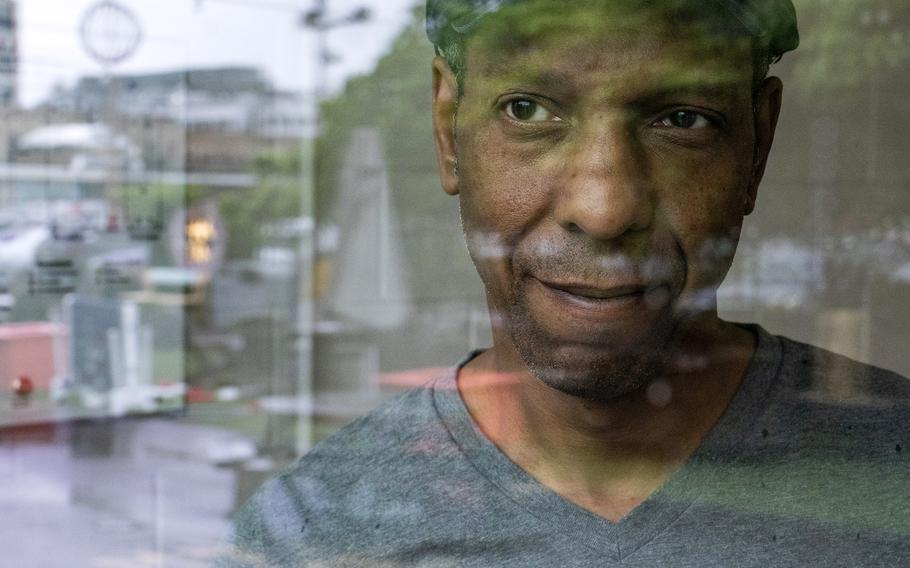 On a recent afternoon, the 52-year-old was one of the few people wearing a mask in the District of Columbia's bustling Union Market, where he works at Banana Blossom Bistro. Taking precautions such as masking and getting vaccinated are part of the reason McClellan thinks he has managed to avoid testing positive. But he also thinks it may be his naturally strong immune system.

"I've always been resistant to things like that," McClellan said. "I haven't had the flu since 1992. Viruses don't stick to me."

During the early days of the pandemic McClellan worked delivering food to approximately 6,000 senior citizens in the District, many of whom eventually contracted the coronavirus and some of whom died.

McClellan thinks that if he were going to get the coronavirus, it would have happened then because of his close contact with the seniors. He tested often because he didn't want to spread the virus to the highly vulnerable population. His tests were always negative.

Many people who haven't yet contracted the virus don't fully understand how they have evaded infection - and some believe they will eventually get sick with covid.

"It's got to be a combination of caution, circumstance and luck," said Bob Wachter, professor and chair of the department of medicine at the University of California at San Francisco, who has not had the coronavirus.

People who always wear masks in indoor public spaces, stay up to date on vaccines and boosters, test frequently, and avoid high-risk gatherings or travel may have had fewer chances to catch the virus, Wachter said. Low levels of community spread in certain regions or the ability to work from home may also have protected some individuals better than others, he said.

Lanae Erickson, an executive at a D.C. think tank, has taken a lot of steps over the pandemic to reduce her exposure risks. She used to ride Amtrak three times a week to Richmond, where her partner lives with her two children. When the pandemic hit, Erickson bought a car to avoid traveling with people who might have covid. She worked virtually and only recently has returned to the office for occasional meetings. When she goes into work, she masks up. She's fully vaccinated.

Erickson and her partner have tested often over the past two years, but the results have all been negative. Waiting for the results of home tests is "terrifying," Erickson said. "You're just staring at it thinking, 'Is that a line coming up?' "

Occasionally she'll sniff laundry pods to see if she still has her sense of smell.

"It's turned us all insane," Erickson said, laughing.

This past Christmas, when the omicron variant was raging, her partner's 12- and 14-year-old children both tested positive. But Erickson and her partner remained coronavirus-free and never felt sick. They spent Christmas socially distanced - presents wiped down with disinfectant and left on doorsteps.

"It's a total crapshoot," said Erickson, 40. "I don't think there's anything special I've done to not get it, compared to my friends who have gotten it. They've been doing very similar things."

Friends and colleagues have warned her that everyone is eventually going to get covid.

Experts say another way to home in on people who have truly never had the coronavirus is to study individuals, such as health-care providers and professional athletes, who were consistently required to test throughout the pandemic.

"If you're a physician who has been practicing, there's no way you weren't exposed quite considerably," said Murray, the global health researcher at the University of Washington. 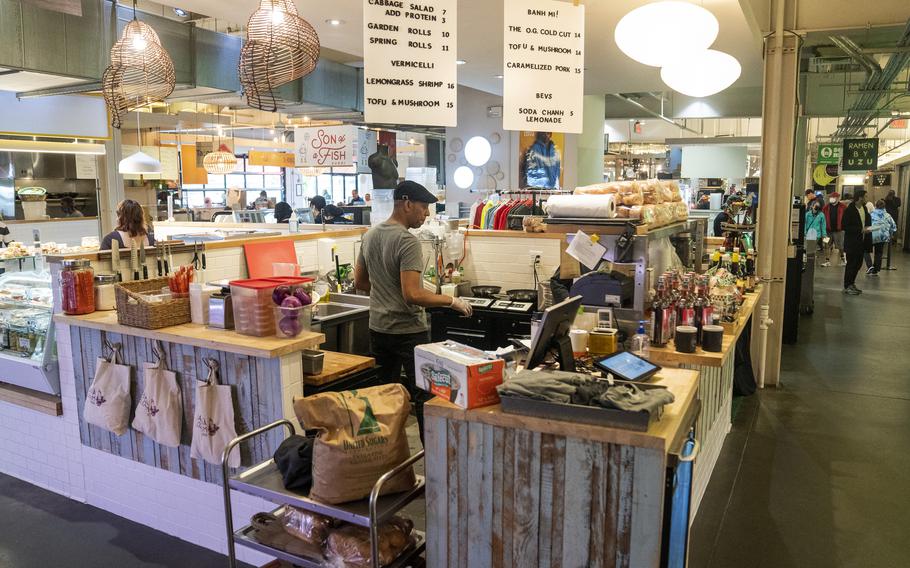 James McClellan, who works at Banana Blossom Bistro at Union Market in Washington, D.C., managed to dodge the coronavirus by wearing a mask for most of the last two years. (Carolyn Van Houten/The Washington Post)

During the worst of the covid surges, James Park was seeing 12 to 18 covid patients a day at the University of Pennsylvania hospital in Philadelphia where he works as a doctor and associate professor of clinical medicine. The anxiety was full-throttle, particularly in the early days when so little about the coronavirus was known. There was an eight-step protocol for leaving a patient's room and changing out of protective gear.

"You came out, and you felt radioactive," Park said. "Like you had this infected cloud around you."

After his shift, Park would shower at work, change into clean scrubs to go home and then shower again at home before greeting his wife and three children. One day Park felt sick and got tested. He had to stay away from work for a week while he waited for the result. It came back negative.

Park would test another half-dozen times or so during the pandemic's first 18 months and never had a positive test, despite some of his colleagues falling ill with the virus. At-home tests have also all been negative. Park said he trusted the precautions his employer had in place to keep front-line workers safe.

At home, he and his family took safety seriously, as well. They always masked in public indoor places and ate in restaurants only two or three times. They occasionally had friends over for outdoor gatherings. Like many Americans, they bought a fire pit for backyard get-togethers. The schools Park's children attend have ended mask mandates, but his kids continue to wear masks indoors. Everyone in the family is vaccinated.

As of the end of April, no one in the family had tested positive. But Park didn't think that would last.

"I've told my wife we're all going to get it at some point," he said then. "That's the mind-set I have. It's inevitable."

Park was right. On Tuesday, one of his children tested positive.