COVID killed 1 of every 500 people, WHO report shows 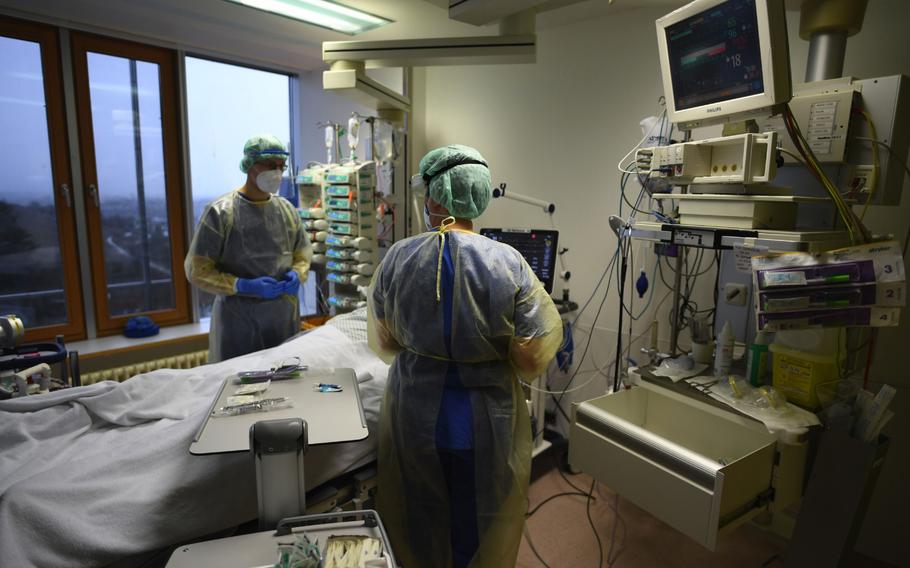 Health care workers care for a COVID-19 patient in the ICU ward at the Robert Bosch Hospital in Stuttgart, Germany, on Jan. 12, 2021. (Andreas Gebert/Bloomberg)

The COVID-19 death toll probably climbed to almost 15 million in its first two years — about one out of every 500 people globally — according to a new World Health Organization estimate.

The figure, far higher than the official numbers for 2020 and 2021, includes deaths directly due to COVID infection and those indirectly caused by pandemic disruptions, the Geneva-based health agency said Thursday. The WHO’s new estimate is more than twice the figures from individual governments’ reports showing about 6.2 million COVID deaths.

“These sobering data not only point to the impact of the pandemic but also to the need for all countries to invest in more resilient health systems that can sustain essential health services during crises,” WHO Director-General Tedros Adhanom Ghebreyesus said in a statement.

The toll was found by calculating the difference between all deaths that occurred and those that would have been expected to occur under normal circumstances. More than one-third of the additional 9 million deaths are estimated to have occurred in India, which has disputed the WHO’s new figure and delayed the release of the report, according to the New York Times. Narendra Modi’s government has stood by its own count of 523,900 deaths.

The estimate is lower than one from the Institute for Health Metrics and Evaluation at the University of Washington, which calculated in March that the pandemic had killed 18.2 million people, calling it the biggest “mortality shock” since the Spanish flu. Deaths from the 1918-1919 outbreak have been estimated as high as 50 million, according to the U.S. Centers for Disease Control and Prevention.

Of the total, 9.5 million pandemic deaths were estimated to be directly caused by COVID infections, according to the WHO report. Ten countries, including Brazil, Egypt, India, the U.S. and Russia, accounted for 68% of the excess fatalities.

About 70 countries don’t record causes of death among their populations.

The number of deaths was most likely to be 14.9 million, the WHO said, though it could have been as low as 13.3 million or as high as 16.6 million. Many deaths occurred as the pandemic overwhelmed health systems, hampering access to treatment for other health conditions, the report said. Men accounted for 57% for the deaths, and most were among people over 60.

“Measurement of excess mortality is an essential component to understand the impact of the pandemic,” Samira Asma, assistant director for data, analytics and delivery at the WHO, said in the statement. “Because of limited investments in data systems in many countries, the true extent of excess mortality often remains hidden.”

India provided estimates for 2020 deaths in recent days and the WHO is continuing consultations with the government on the matter, Asma said. The WHO plans to update its estimate as more data emerge and the next update will include more Indian data, she said.

COVID surpassed tuberculosis as the biggest infectious-disease killer in the world. The lung illness killed 1.5 million people in 2020, according to the WHO. Seasonal flu kills from 290,000 to 650,000 people each year, according to the agency.