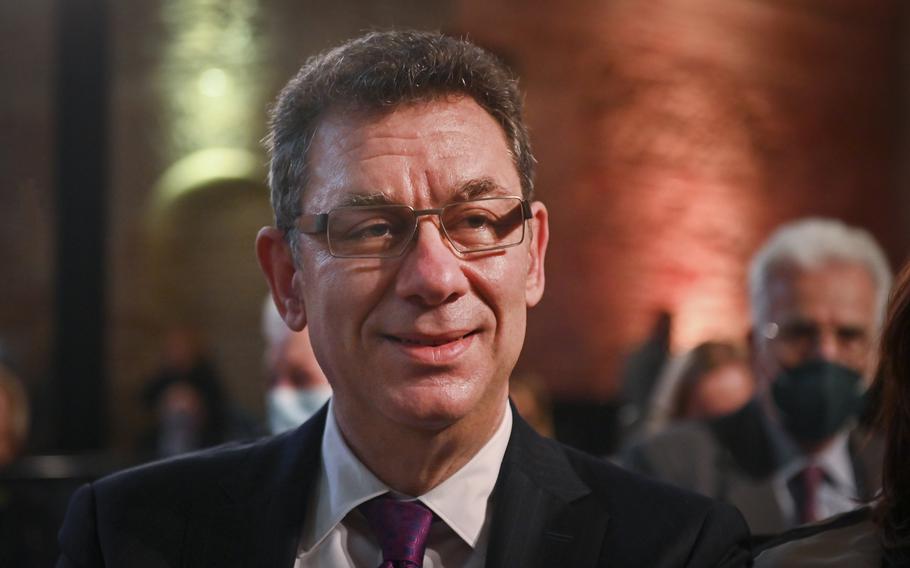 (Tribune News Service) — When Pfizer CEO Albert Bourla said March 13 that all Americans would need a second booster shot, it struck many COVID-19 experts as a self-serving remark without scientific merit. It also set off spasms of doubt over the country’s objectives in its fight against the coronavirus.

The decision on how often and widely to vaccinate against COVID-19 is part science, part policy and part politics. Ultimately it depends on the goals of vaccination at a time when it’s becoming clear that neither vaccines nor other measures can entirely stop the viral spread.

On March 15, Pfizer made a more limited request of the FDA, seeking authorization of a second booster only for people 65 and older. Advisers for the FDA and the Centers for Disease Control and Prevention are likely to approve a fourth shot for people in that age group because they’re the group most likely to be hospitalized or die of COVID-19. Pfizer competitor Moderna on March 17 also filed for a second booster shot, although its application extended to all adults.

The vaccines’ protection against COVID-19 infection generally wanes within several months in all age groups. But experts disagree on whether frequent boosters, especially for younger people, can do anything about that. Two or three vaccinations protect most people from serious disease — but do relatively little to prevent infection, which is generally mild or asymptomatic, after three or four months.

Statements like Bourla’s create public pressure for a fourth dose that could force the Biden administration’s hand before government experts have time to assess the evidence, said John Moore, professor of microbiology and immunology at Weill Cornell Medical College.

It appears to be based on a yet-to-be-peer-reviewed Israeli study that examined patients only a few weeks after they had received their fourth dose of vaccine. The limited scope of the data raises questions about the duration of that protection, said Dr. Phil Krause, a former deputy director of the FDA’s biologics center. Krause helped lead the agency’s COVID-19 vaccine reviews before resigning last fall.

Throughout the pandemic, repeated public proclamations by pharmaceutical company executives — broadcast widely via the media, often without supporting data — have created pressure for politicians and their scientific advisers to act.

Last summer, Bourla announced the likely need for an initial booster in April 2021, then, in August, President Joe Biden promised the first booster shots would be available to all adults starting the following month. “That created an expectation that everyone would get their slice of yummy chocolate cake,” Moore said. “Who wants to be ‘the cake nazi’ and say, ‘No cake for you?!’”

Although FDA and CDC expert panels, and some federal scientists, were hesitant about recommending the first booster for younger populations, the agencies overrode their advice and approved boosters for everyone 12 and older. That continues to be a sore point with many immunologists and infectious disease specialists.

‘’The last thing we need is to have corporate CEOs in March saying this is what you need in December because ‘we know,’” Moore said. “How do you know?” CEO announcements have often been made before scientific evidence supporting the claims has been publicly released, meaning scientists have not had time to evaluate their validity.

The desire to react to growing signs of infection is understandable but may be futile in the face of a virus that seems to infect even the well-vaccinated. If we keep chasing the virus with boosters, “we’re going to be making the drug companies very happy, since our antibodies will go down every four months,” said Dr. Paul Offit, director of the Vaccine Education Center at Children’s Hospital of Philadelphia.

But whether those levels are a good measure of protection — especially against serious disease, and in which populations — is an open question. The answer is important because, like all vaccines, there is a small risk of adverse reactions from each shot.

There’s some disagreement among experts on how well COVID-19 vaccines to date have prevented serious disease in healthy young people, and whether and how often they should be boosted.

While a recent CDC study showed an increased risk of hospitalization among people ages 18 to 49 several months after second and third vaccine doses, the data categories in the study aren’t fine-grained enough to show whether many of those who suffered severe disease had comorbidities such as chronic disease or obesity, Offit said.

But others argue there’s enough evidence to show that yearly vaccines, perhaps in combination with influenza vaccinations, would be the best solution. “Given how safe the vaccines are and how effective they are, I think it probably does make sense for people to get a booster, and the most convenient would be once a year,” said Dr. Otto Yang, an infectious disease specialist at UCLA. If COVID-19 turns out to be seasonal, peaking in winter months, vaccination in the fall would provide decent protection, he said.

“We are bound to need another booster. We just don’t know when or for which variant,” said Dr. Daniel Douek, chief of the human immunology section at the National Institute of Allergy and Infectious Diseases.

The coronaviruses that cause about a third of all common colds appear to infect people as frequently as once a year on average, said Stanley Perlman, a coronavirus expert at the University of Iowa. Vaccines could never prevent all those infections, yet the federal approach has largely acted as if this were feasible, Offit said.

“We’re coming off two years where we treated this virus like smallpox, isolating anyone with mild illness, even asymptomatic people,” he said. “That’s going to have to change. Because neither vaccination nor natural infection is going to protect you from mild illness for a longer period of time.”

It’s important for U.S. health officials to have and share with the public some clarity about the goals of the vaccination program, said Dr. Luciana Borio, a former FDA and National Security Council official who is now a senior fellow for global health at the Council on Foreign Relations. “We need people to understand that protection against all illness is not long-lasting, instead of thinking the vaccine is not working.”

“The goal is not to stop transmission, it’s mainly to protect the vulnerable at this point,” said Dr. Norman Hearst, a family physician and public health researcher at the University of California, San Francisco.

How, in the absence of perfect vaccines, we will protect the vulnerable remains a conundrum. Borio argues that we need systems to rapidly test elderly and immunocompromised people for COVID-19 and quickly give them treatment if their results are positive.

But this is more easily said than done, Hearst said, since people rarely seek medical help for upper respiratory diseases until the illness is too developed for antiviral drugs to work; antivirals generally work best, sometimes only, if they are taken within a few days of onset of symptoms.

For the time being, all debate on a second booster is moot, said John Wherry, chair of the Department of Systems Pharmacology and Translational Therapeutics at the University of Pennsylvania. Unless Congress reverses itself and decides to give the administration more money to fight COVID-19, there won’t be any free vaccines — or free COVID-19 treatments — available to the public next fall.

“We have an acute budgetary problem and we’re not yet out of the woods,” Wherry said. COVID-19 numbers are spiking in Europe again, and concentrations of the virus in wastewater are starting to multiply in some areas of the U.S., indicating that a loosening of COVID-19 restrictions may be causing spread among those who weren’t infected during the omicron wave in December and January.

Offit, a vaccine inventor and longtime champion of vaccination, cautions against leaning too hard on COVID-19 boosters for answers.

“What’s our response going to be if we have another variant like omicron that sweeps across people who got two or three doses?” he asked. “Will we accept this, and say, ‘OK, calm down?’”