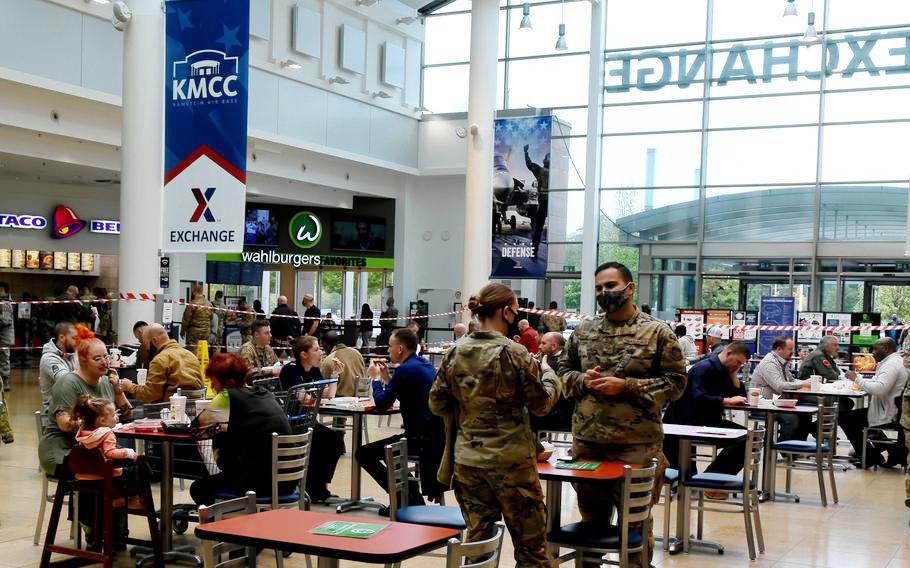 A surge in coronavirus infections in Western Europe has experts and health authorities on alert for another wave of the pandemic in the United States, even as most of the country has done away with restrictions after a sharp decline in cases.

Infectious-disease experts are closely watching the subvariant of omicron known as BA.2, which appears to be more transmissible than the original strain, BA.1, and is fueling the outbreak overseas.

Germany, a nation of 83 million people, saw more than 250,000 new cases and 249 deaths Friday, when Health Minister Karl Lauterbach called the nation’s situation “critical.” The country is allowing most coronavirus restrictions to end Sunday, despite the increase. Britain had a seven-day average of 65,894 cases and 79 deaths as of Sunday, according to the Johns Hopkins University Coronavirus Research Center. The Netherlands, home to fewer than 18 million people, was averaging more than 60,000 cases the same day.

In all, about a dozen nations are seeing spikes in coronavirus infections caused by BA.2, a cousin of the BA.1 form of the virus that tore through the United States over the past three months.

In the past two years, a widespread outbreak like the one now being seen in Europe has been followed by a similar surge in the United States some weeks later. Many, but not all, experts interviewed for this story predicted that is likely to happen. China and Hong Kong, on the other hand, are experiencing rapid and severe outbreaks, but the strict “zero covid” policies they have enforced make them less similar to the United States than Western Europe.

A number of variables — including relaxed precautions against viral transmission, vaccination rates, the availability of antiviral medications and natural immunity acquired by previous infection — may affect the course of any surge in the United States, experts said.

Most importantly, it is unclear at this point how many people will become severely ill, stressing hospitals and the health-care system as BA.1 did.

Another surge also may test the public’s appetite for returning to widespread mask-wearing, mandates and other measures that many have eagerly abandoned as the latest surge fades and spring approaches, experts said.

“It’s picking up steam. It’s across at least 12 countries . . . from Finland to Greece,” said Eric Topol, director of the Scripps Research Translational Institute in San Diego, who recently posted charts of the outbreak on Twitter. “There’s no question there’s a significant wave there.”

Topol noted that hospitalizations for covid-19, the disease caused by the virus, are rising in some places as well, despite the superior vaccination rates of many Western European countries.

At a briefing Monday, White House press secretary Jen Psaki said about 35,000 cases of BA.2 have been reported in the United States to date. But she offered confidence that “the tools we have — including mRNA vaccines, therapeutics and tests — are all effective tools against the virus. And we know because it’s been in the country.”

Kristen Nordlund, a spokeswoman for the Centers for Disease Control and Prevention, said in an email Tuesday that “although the BA.2 variant has increased in the United States over the past several weeks, it is not the dominant variant, and we are not seeing an increase in the severity of disease.”

CDC data shows that, as of last week, BA.2 accounted for 23.1% of all new coronavirus infections in the United States, the largest percentage yet — up from 13.7% the week before. But BA.2 accounted for more than 38% of cases last week in parts of the Northeast and New England.

The seven-day average of cases in the United States fell 17.9% in the past week, according to data tracked by The Washington Post, while the number of deaths dropped 17.2% and hospitalizations declined 23.2%.

Predicting the future course of the virus has proved difficult throughout the pandemic, and the current circumstances in Europe elicited a range of opinions from people who have closely tracked the pathogen and the disease it causes.

That lower vaccination rate is very likely to matter as BA.2 spreads further in the United States, especially in regions where it is significantly lower than the national rate, several experts said. And even for people who are fully vaccinated and have received a booster shot, research data is showing that immunity to the virus fades over time. Vaccine-makers Pfizer and BioNTech asked the Food and Drug Administration on Tuesday for emergency authorization to offer a fourth shot to people 65 and older.

“Any place you have relatively lower vaccination rates, especially among the elderly, is where you’re going to see a bump in hospitalizations and deaths from this,” said Céline Gounder, an infectious-diseases physician and editor at large for public health at Kaiser Health News.

Similarly, as the public sheds masks — every state has dropped its mask mandate or announced plans to do so — another layer of protection is disappearing, several people tracking the situation said.

“Why wouldn’t it come here? Are we vaccinated enough? I don’t know,” said Kimberly Prather, a professor of atmospheric chemistry and an expert on aerosol transmission at the University of California at San Diego.

Yet BA.2 appears to be spreading more slowly in the United States than it has overseas, for reasons that aren’t entirely clear, Debbie Dowell, chief medical officer for the CDC’s covid-19 response, said in a briefing Saturday for clinicians sponsored by the Infectious Diseases Society of America.

“The speculation I’ve seen is that it may extend the curve going down, case rates from omicron, but is unlikely to cause another surge that we saw initially with omicron,” Dowell said.

One reason for that may be the immunity that millions of people acquired recently when they were infected with the BA.1 variant, which generally caused less-severe illness than previous variants. Yet no one really knows whether infection with BA.1 offers protection from BA.2.

“That’s the question,” said Jeffrey Shaman, an epidemiologist at the Columbia University Mailman School of Public Health. “Better yet, how long does it provide protection?”

Topol said the United States needs to improve its vaccination and booster rates immediately to protect more of the population against any coming surge.

“We have got to get the United States protected better. We have an abundance of these shots. We have to get them into people,” he said.

Biden administration officials said that whatever the further spread of BA.2 brings to the United States, the next critical step is to provide the $15.6 billion in emergency funding that Congress stripped from a deal to fund the government last week. That money was slated to pay for coronavirus tests, more vaccines and antiviral medications.

“That means that some programs, if we don’t get funding, could abruptly end or need to be pared back, Psaki said at Monday’s briefing. “And that could impact how we are able to respond to any variant.”

The Washington Post’s Lena H. Sun contributed to this report.