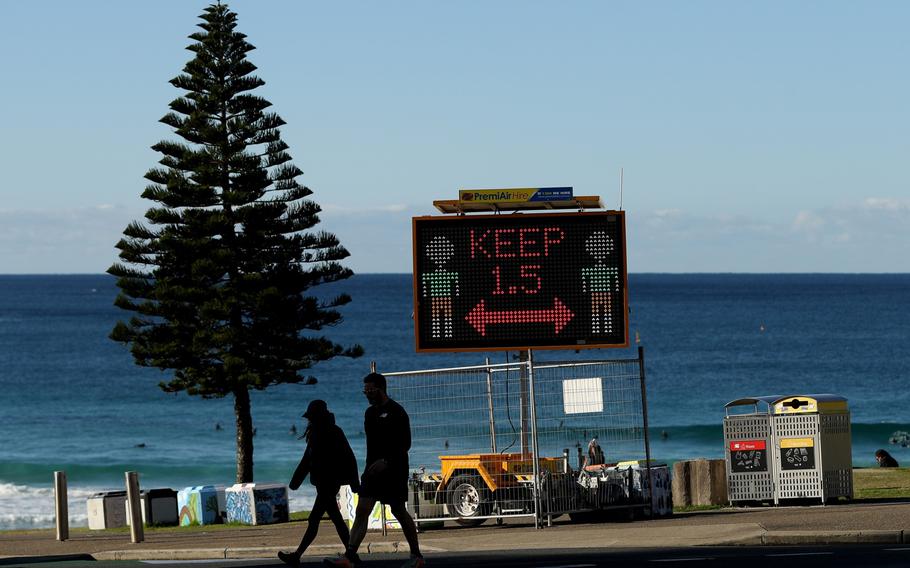 A group of anti-vaccination demonstrators and conspiracy theorists have blocked roads and targeted businesses in the Australian capital of Canberra ahead of the return of federal parliament on Tuesday, in an echo of similar protests in Canada.

Hundreds of cars and trucks waving Australian flags, military insignia and campaign banners for former U.S. President Donald Trump descended on the city over the past week calling for the end to vaccination requirements in businesses and places of employment.

Demonstrators blocked roads around the airport on Sunday when politicians and their staff were returning to Canberra from around the country ahead of the parliamentary sitting week. A small number of police were deployed to the airport to stop the demonstrators from accessing the building.

The chaotic demonstrations have been compared to the hundreds of truckers and protesters that have occupied the streets of the Canadian capital Ottawa for weeks to call for an end to COVID-19 restrictions.

The Australian protests have attracted a mixed bag of demonstrators. These include advocates of the "sovereign citizen" movement that generally believes people aren't bound by certain laws and QAnon-style conspiracy theorists who claim without evidence that the government is run by a secret network of pedophiles who traffic children.

Neither Prime Minister Scott Morrison nor the Opposition Labor Party have commented on the Canberra protests.

Australia is one of the most vaccinated countries in the world, with almost 94% of the population over 16 receiving both shots of a COVID-19 vaccine. While the government has ruled out making it mandatory for citizens to get vaccinated, many people have been required to have both their shots before they can return to work, including healthcare professionals.

Despite the high vaccination rates, a vocal minority of Australians have refused to get their shots, leading to the protests in Canberra. While the anti-vaccination demonstrators claim their numbers have reached more than 100,000 at times, local media put the total number of attendees at closer to a few thousand.

Sunday's demonstrations followed weeks of incidents across the capital involving the protesters, including multiple clashes outside Australia's Parliament House and attempts to blockade the National Press Club on Tuesday when Prime Minister Scott Morrison was making a speech.

On Dec. 30, the doors of Canberra's Old Parliament House were set on fire during an anti-vaccination demonstration.