'Most people are going to get covid': A momentous warning at a Senate hearing 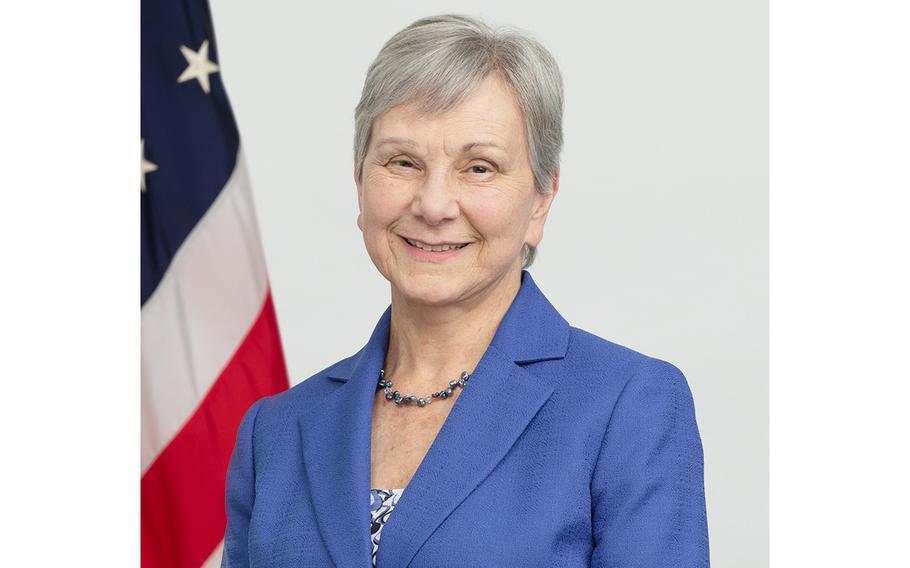 One of the most indelible - and ultimately telling - moments of the early coronavirus pandemic came in late February 2020. A top official at the Centers for Disease Control and Prevention said that the spread of the virus was "inevitable."

"It's not a question of if this will happen, but when this will happen, and how many people in this country will have severe illnesses," Nancy Messonnier said. The comment caused a blowup at the White House and among top administration officials, who had to account for then-President Donald Trump's consistent desire to downplay the threat during his reelection campaign. Then-Health and Human Services Secretary Alex Azar would later acknowledge that Messonnier had been "right."

On Tuesday, nearly two years later, came another such plainly stated and significant warning of what lies ahead in the pandemic: for most people, an infection.

"I think it's hard to process what's actually happening right now," said Janet Woodcock, acting commissioner of the Food and Drug Administration, "which is most people are going to get covid."

Woodcock pitched this as being a necessary acknowledgment when it comes to charting the path forward - recognizing that the focus now needs to be on averting the worst that widespread infections could bring in the near term.

"What we need to do is make sure the hospitals can still function, transportation, you know, other essential services are not disrupted while this happens," she said. "I think after that will be a good time to reassess how we're approaching this pandemic."

Woodcock's projection might not be terribly surprising, given the number of daily positive tests rising to record levels. On Monday, the seven-day average reached more than 760,000, meaning about 1 in every 60 Americans has tested positive in the last week alone. (And that's likely a significant undercount, given the mildness of many omicron cases and the availability of at-home tests.) A study released about four months ago - before the rise of the unprecedentedly infectious omicron variant - estimated that 31% had already been infected even by that point.

Her comment also came shortly after a World Health Organization official warned the same day that Europe could see more than 50% of its population infected over the next six to eight weeks.

But as with Messonnier's comment, the acknowledgment is a momentous one in the fight against the virus. There has been some hope that omicron could spike and fade relatively quickly - as it appears to have in South Africa. But the ranking member of the Senate health committee which hosted Woodcock and other health officials, Sen. Richard Burr, R-N.C., noted Israeli scientists were less bullish that their country would be following the same trajectory.

In responding to Burr's comments about South Africa, Anthony Fauci added another reality check, warning of inevitable future variants and that omicron infections might not provide natural immunity against them.

"If we wind up getting infected with omicron at a very, very low level of pathogenicity, is that going to be sort of almost like a live attenuated vaccine? I don't think we can say that right now," Fauci said.

Fauci added: "We really have to see how things spread out, when we see how that fares in the next variant. So there will be invariably another variant; we're going to have to take a look at whether or not there's going to be any protection there."

Even as they warned about the peril that lay ahead and the likelihood of infection for many Americans, Woodcock, Fauci and the others were careful to emphasize the importance of preventing infections as much as possible, given the strain widespread infection could put on hospitals and essential services.

Woodcock also repeatedly seemed to argue for a new footing in the fight against the virus: One that acknowledges what lay ahead in the near term and deals with institutional changes later on.

Sen. Mike Braun, R-Ind., later in the hearing cited a Washington Post editorial arguing for a change in approach to the pandemic from the administration. Braun compared the situation to a business where high-ranking officials might be fired and things would be decentralized.

"I think that we're talking about a natural disaster, and you can fire your board of directors because your factory was devastated by a hurricane, a tornado or a wildfire," Woodcock said. "But I don't know whether that would improve this situation."

Woodcock added: "I think right now we need to focus on continuity of operations for hospitals and other essential services as this variant sweeps through the population. I don't think that will last a really long time, but that's where I think we are right now."